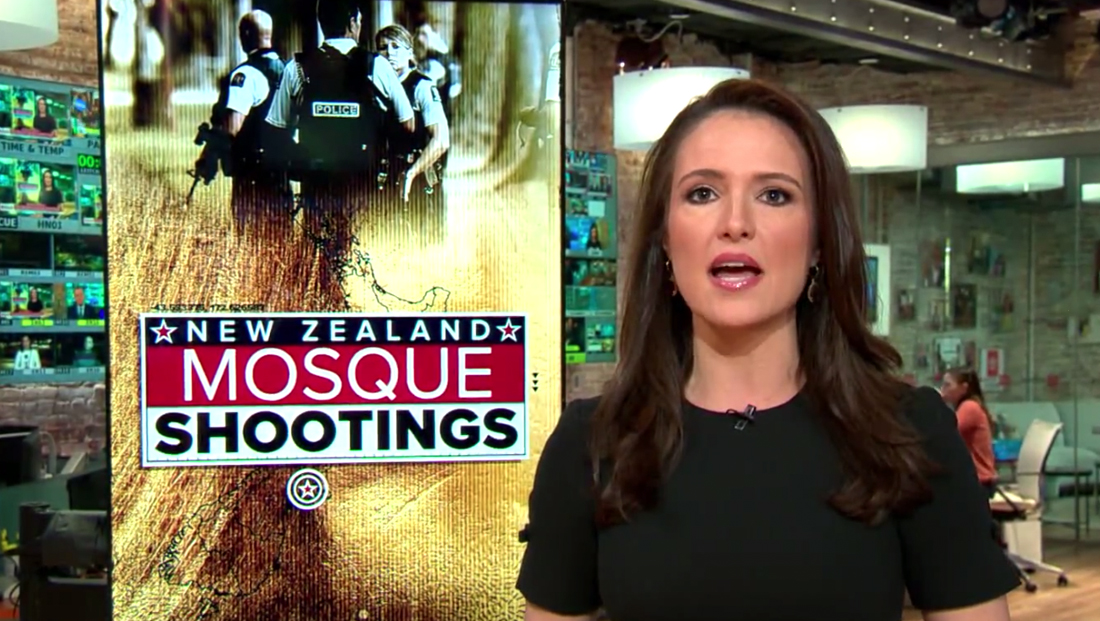 “CBS This Morning” had a “New Zealand Mosque Shootings” graphic with a gritty, textured background and outline of the country with a large circular star icon pinpointing the location of the tragedies.

The network lead with a package on the events and then had an in-studio standup with Nikki Battiste, who offered additional coverage of the alleged manifesto left behind by one of the suspects, mainly through the use of animated infographics breaking down key points made in the document. 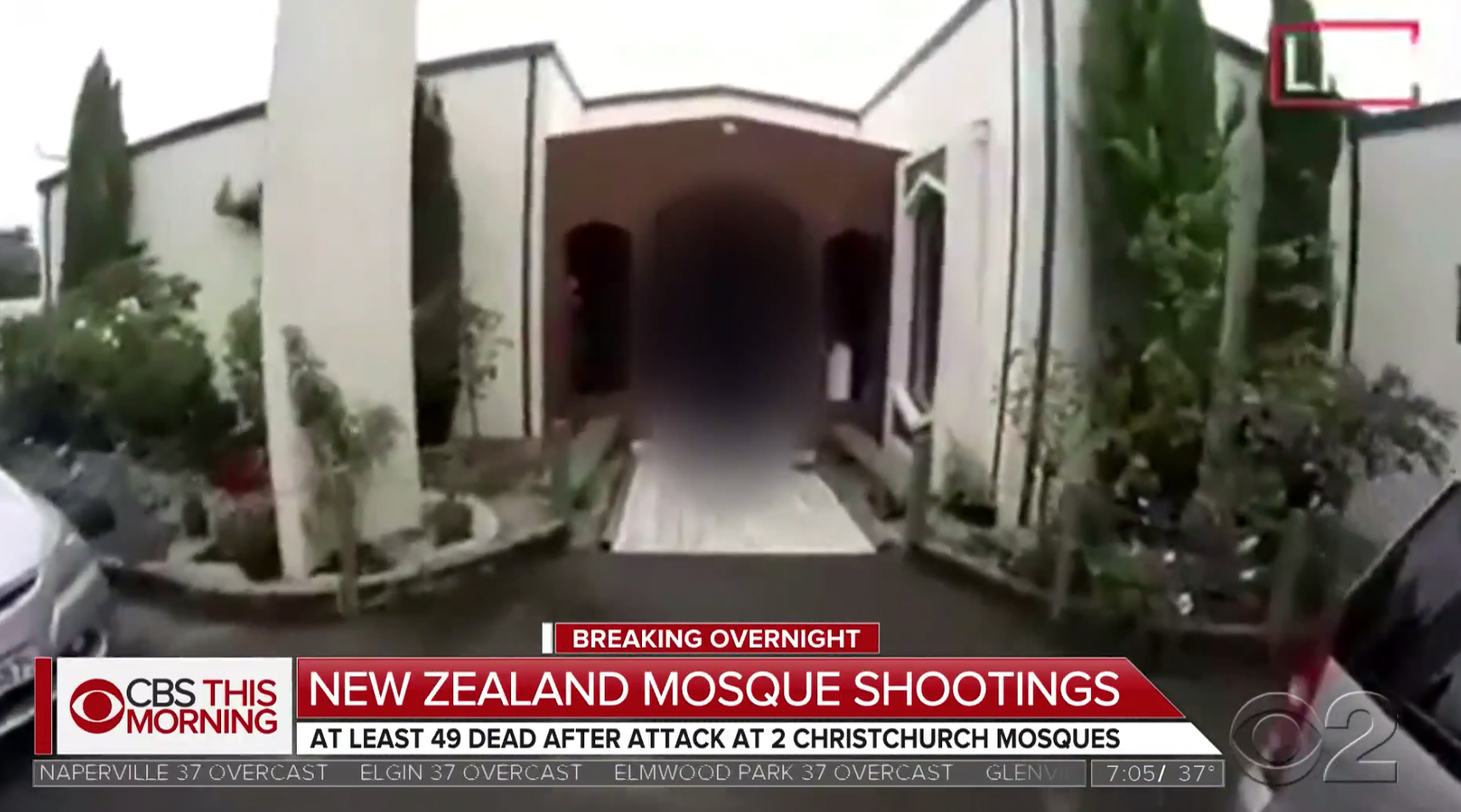 ‘CBS This Morning’ appears to be have been the only network morning newscast to show clips from the purported live stream of the attacks underway. The clips used showed the alleged victim’s face but also blurred out the entry to one of the mosques right before the shooting began. 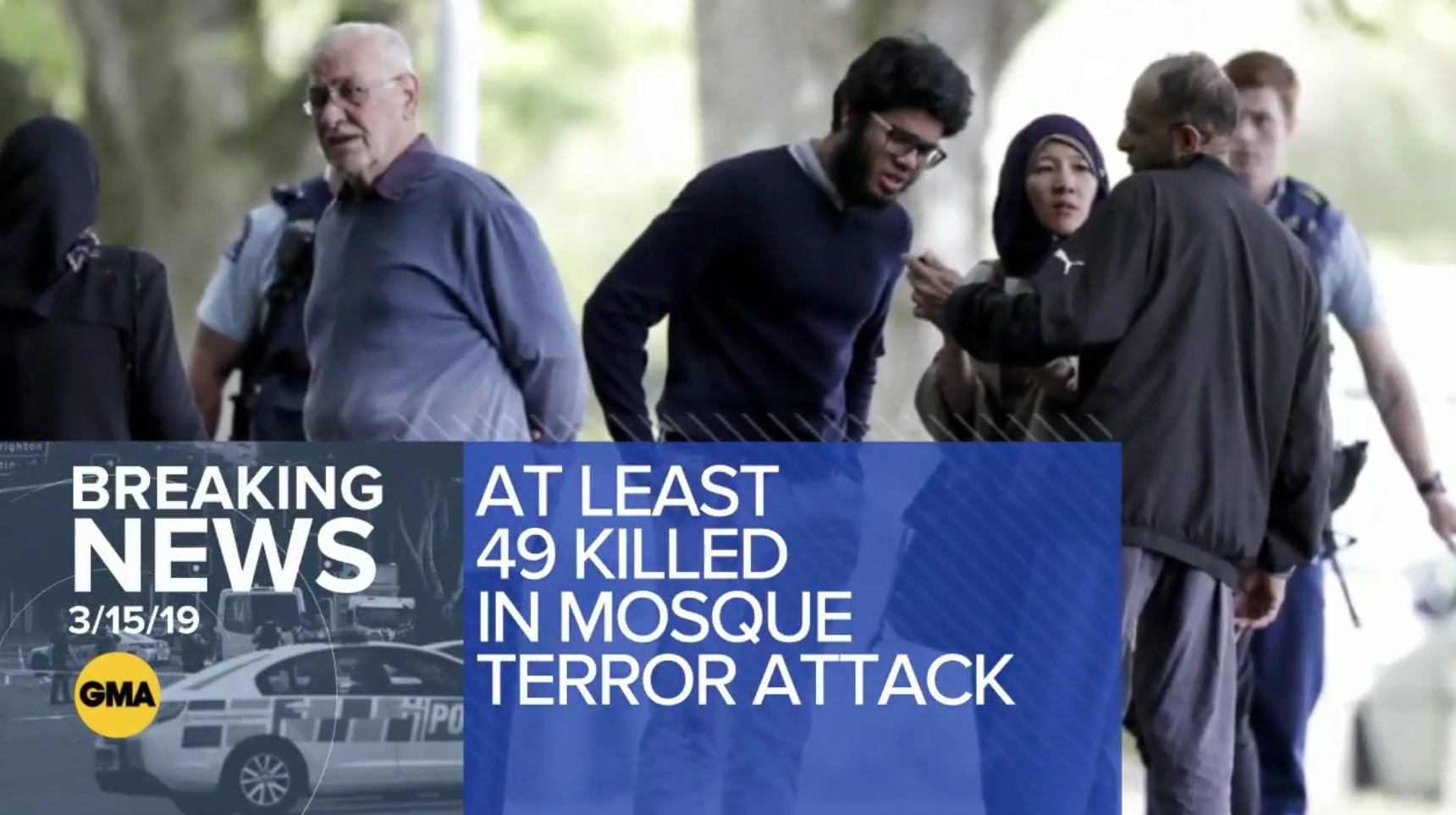 ABC’s ‘Good Morning America‘ was in full breaking news mode with coverage of the story, and used one of its in-studio video walls for a ‘video on video‘ and ‘walk and wander‘ style’ ‘What We Know’ segment. 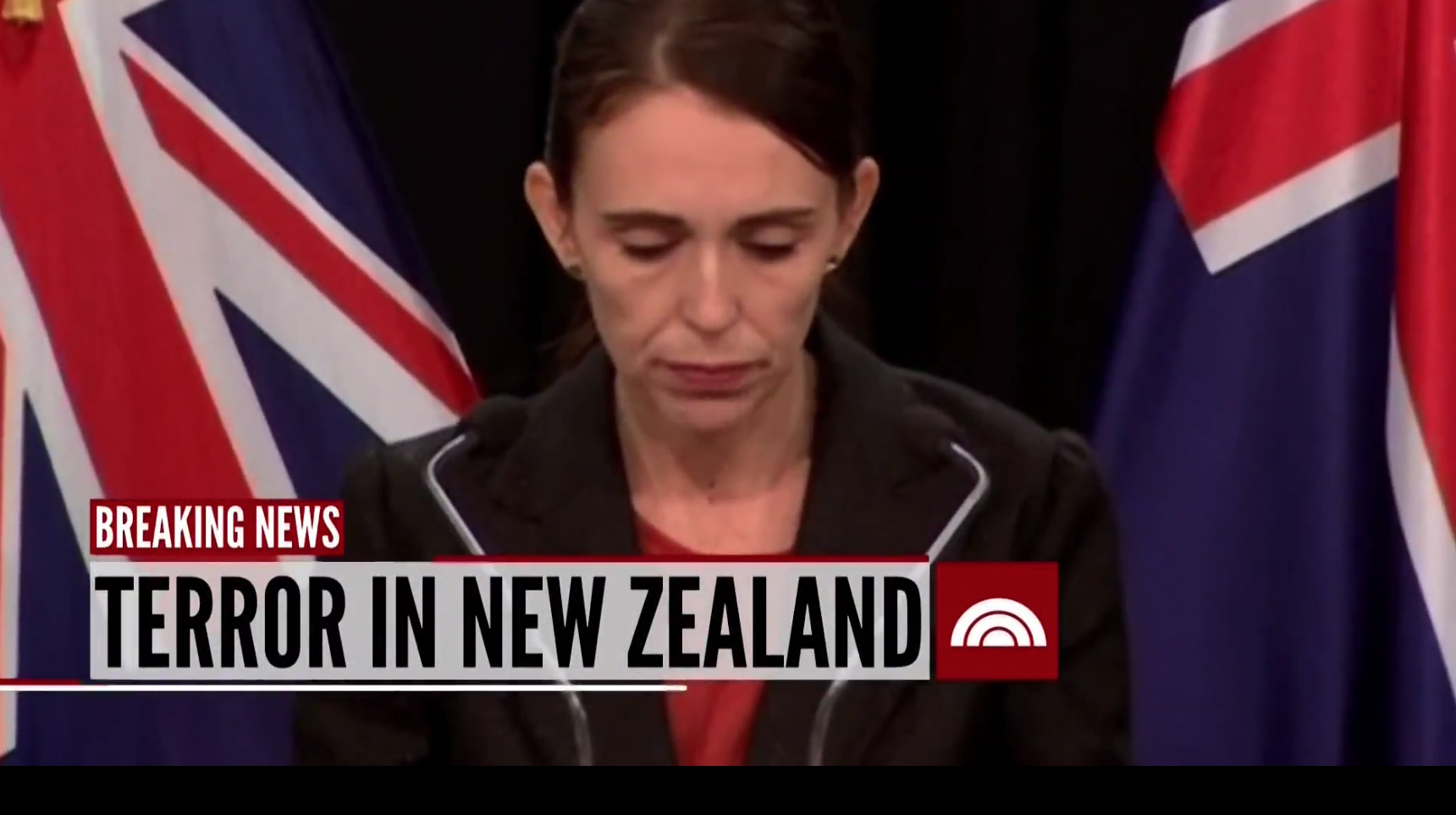 ‘Today‘ on NBC also switched to its red breaking news graphics for coverage and included an overview segment at the top of the show using Studio 1A’s large video wall.