NBC News updated its profile photo on most of its prominent social media platforms.

The new avatar drops the familiar colorful NBC peacock logo design in favor of a white only design reversed against dark blue background.

The new look also trades out the classic NBC News logotype — with its sharp “pointed” “Ns” and distinct “W” for a clean, wide and bold sans serif that reads simple “News.”

According to the Facebook timestamp, the new logo was uploaded around 1:54 p.m. eastern Wednesday, March 20, 2019. The last logo in the page’s profile photos album was uploaded in 2014 — though it’s worth noting that profile photos can be deleted from the album.

In the new design, NBC is relying on the peacock to “stand in” for “NBC” — a technique it previously used when advertising its website with the peacock icon followed by “.com” spelled out.

This approach allows the peacock itself to stand out more. 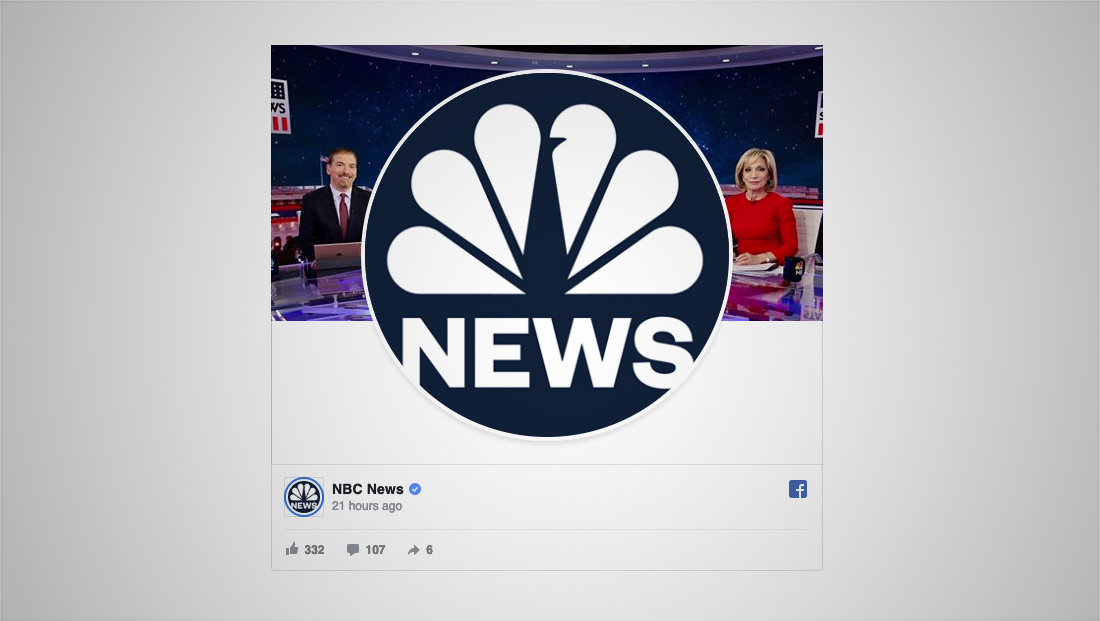 On Facebook, the network’s logo gets slightly cropped when it is shown in the circular format, as shown here. (We have some tips for how to avoid this here.) 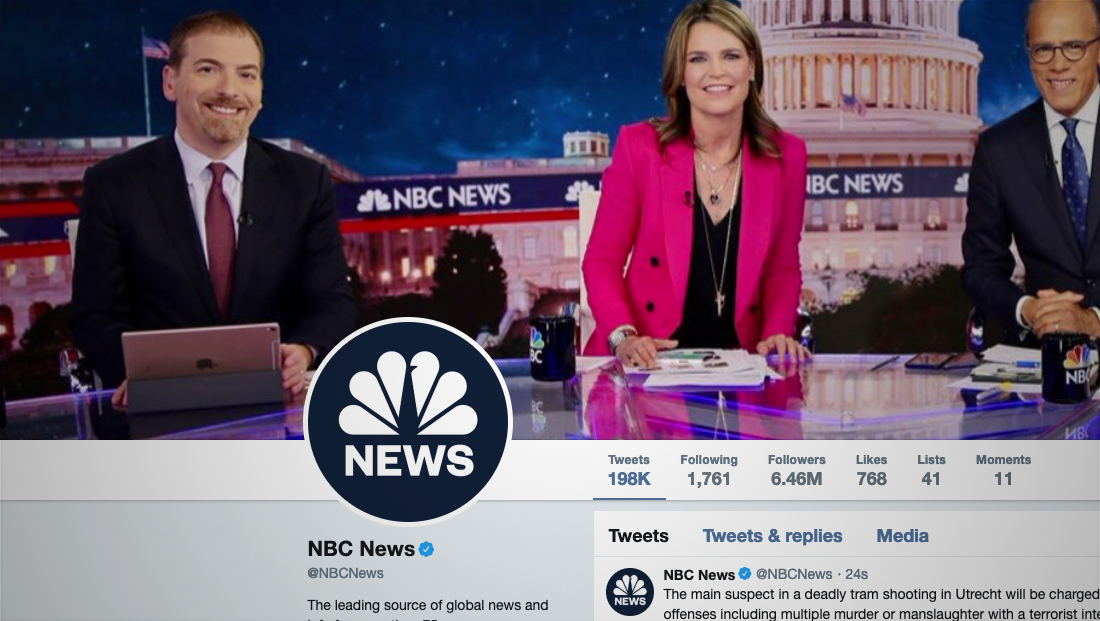 The new avatar better matches the way NBC displays its logo on its website, which was overhauled last year.