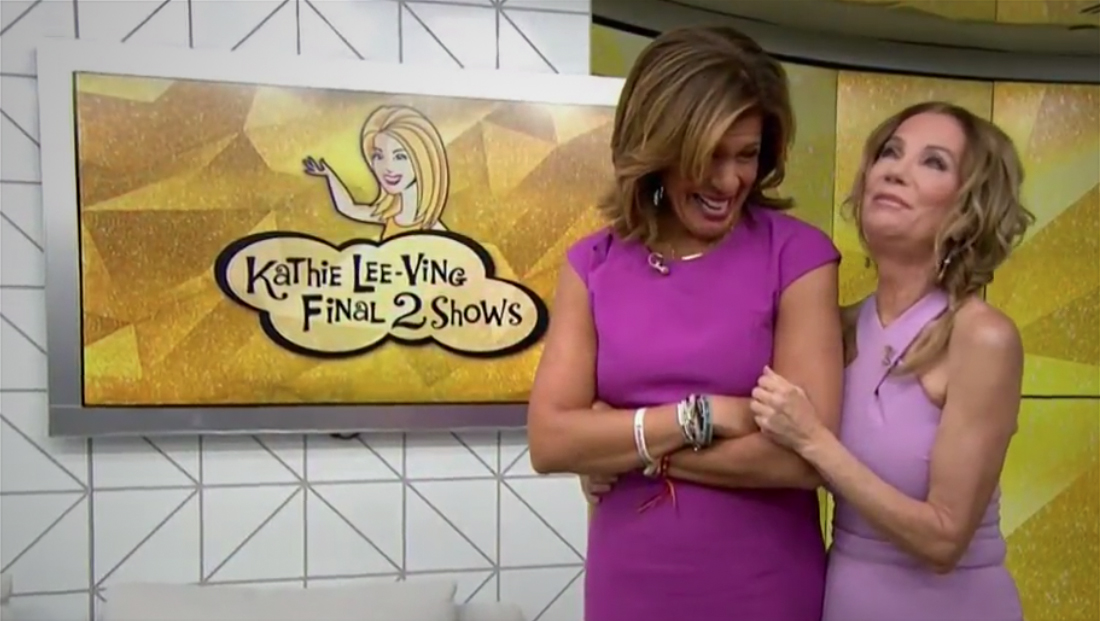 Not surprisingly, NBC is milking Kathie Lee Gifford’s departure from “Today” after 11 years for all it’s worth.

The often tear-filled segments are also often accompanied with Gifford’s trademark wine glasses, which NBC sells in its online store. 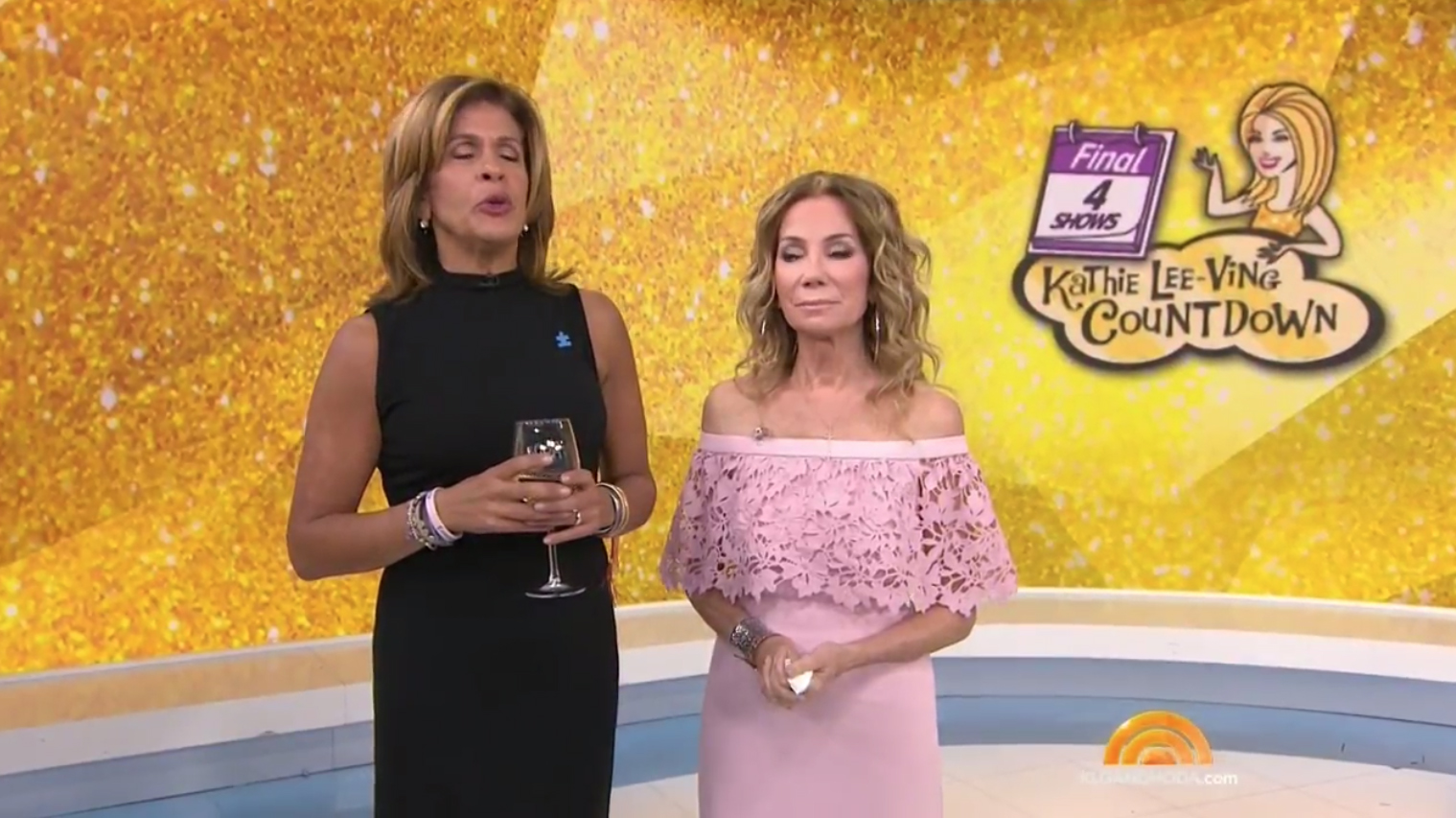 The fourth hour of ‘Today’ that Gifford hosts with Hoda Kotb has been using a “Kathie Lee-ving” countdown graphic for select segments and featuring retrospective packages on Gifford. The graphics mostly used a sparkly gold theme. 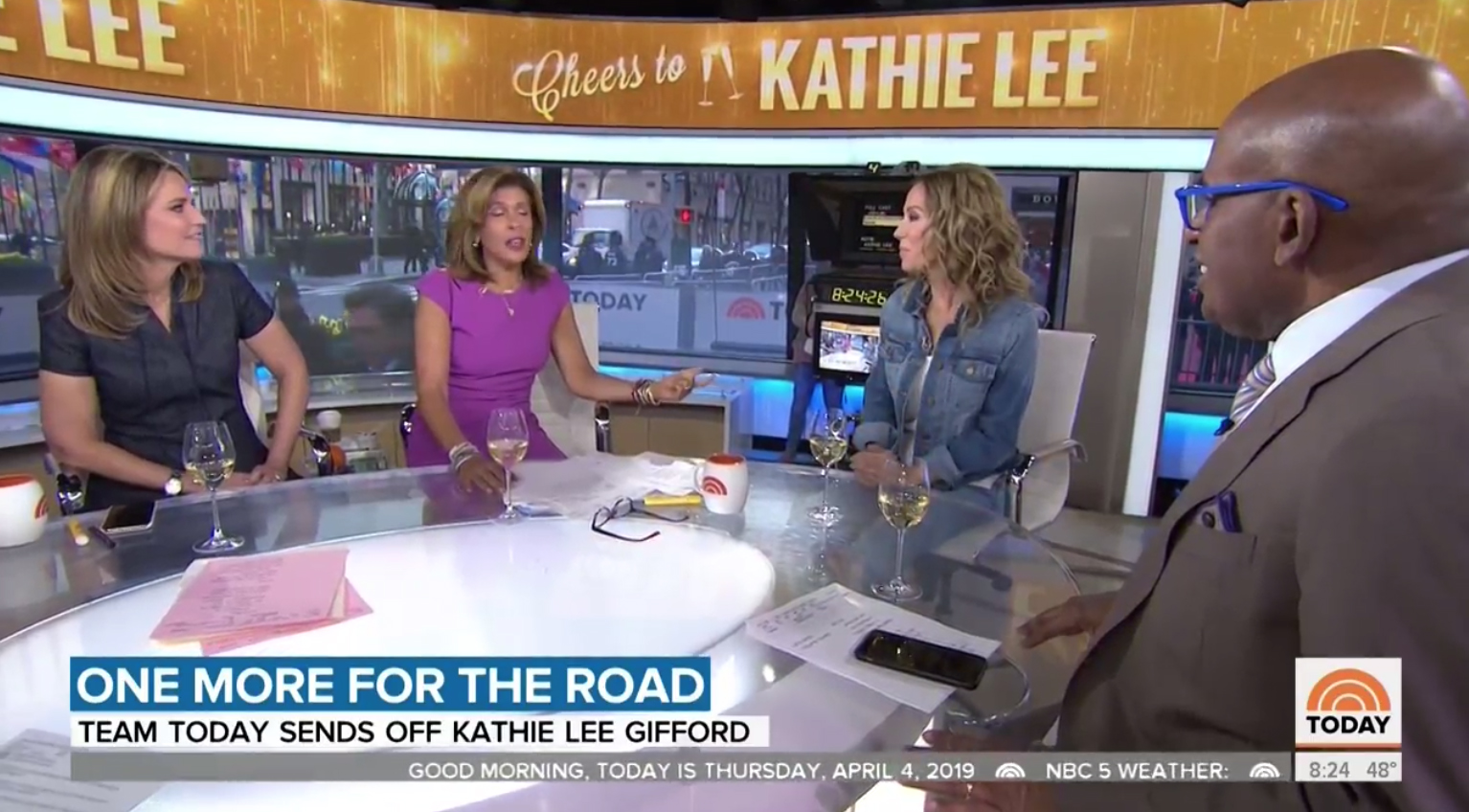 On Thursday, April 4, Gifford joined the ‘Today’ anchor desk for an interview with gold ‘Cheers to Kathie Lee’ graphics on the LED panels surrounding the anchor desk. NBC is also using the hashtag ‘#CheersToKLG’ to promote her departure. 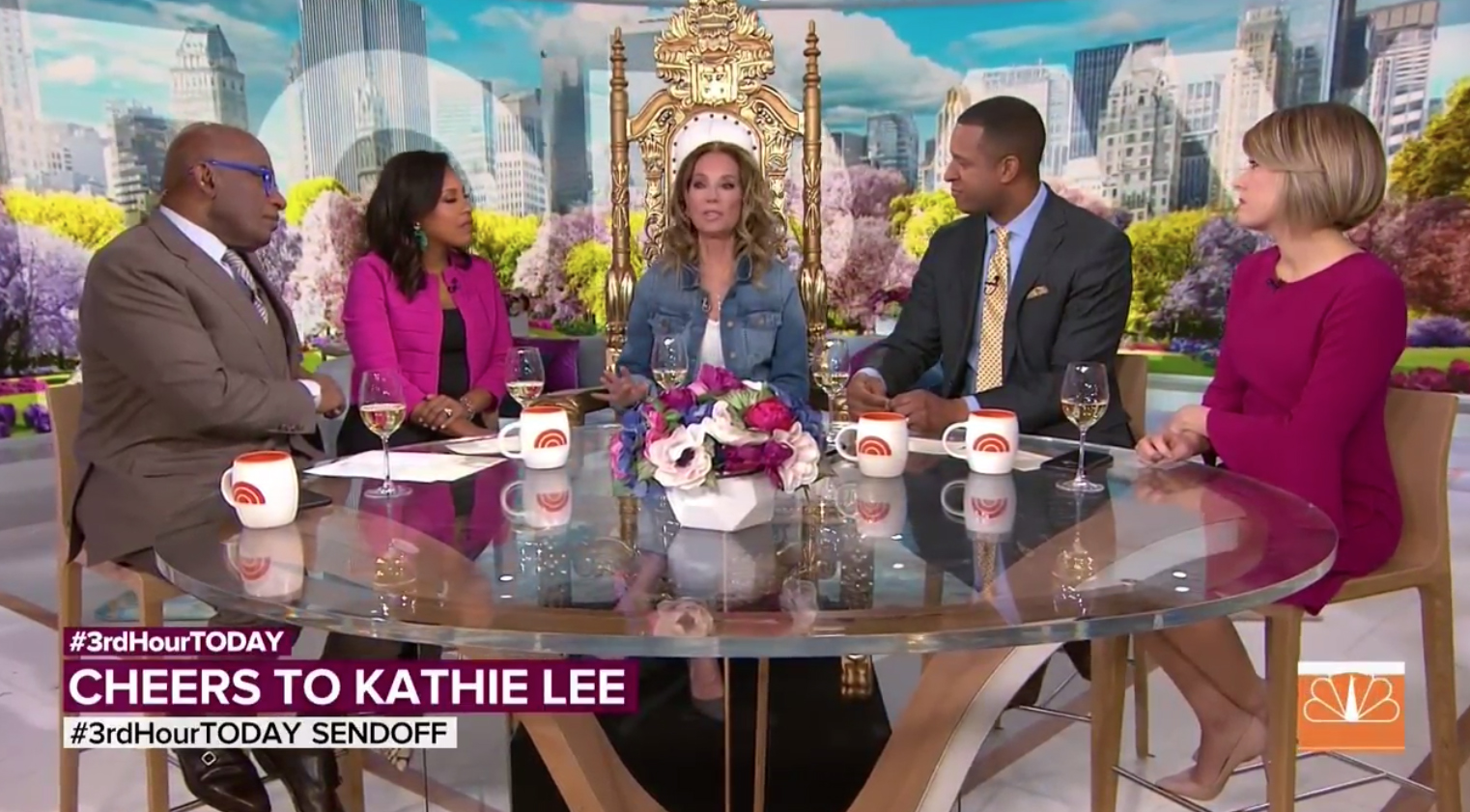 Gifford also joined the third hour of ‘Today’ — seated in a gold throne. 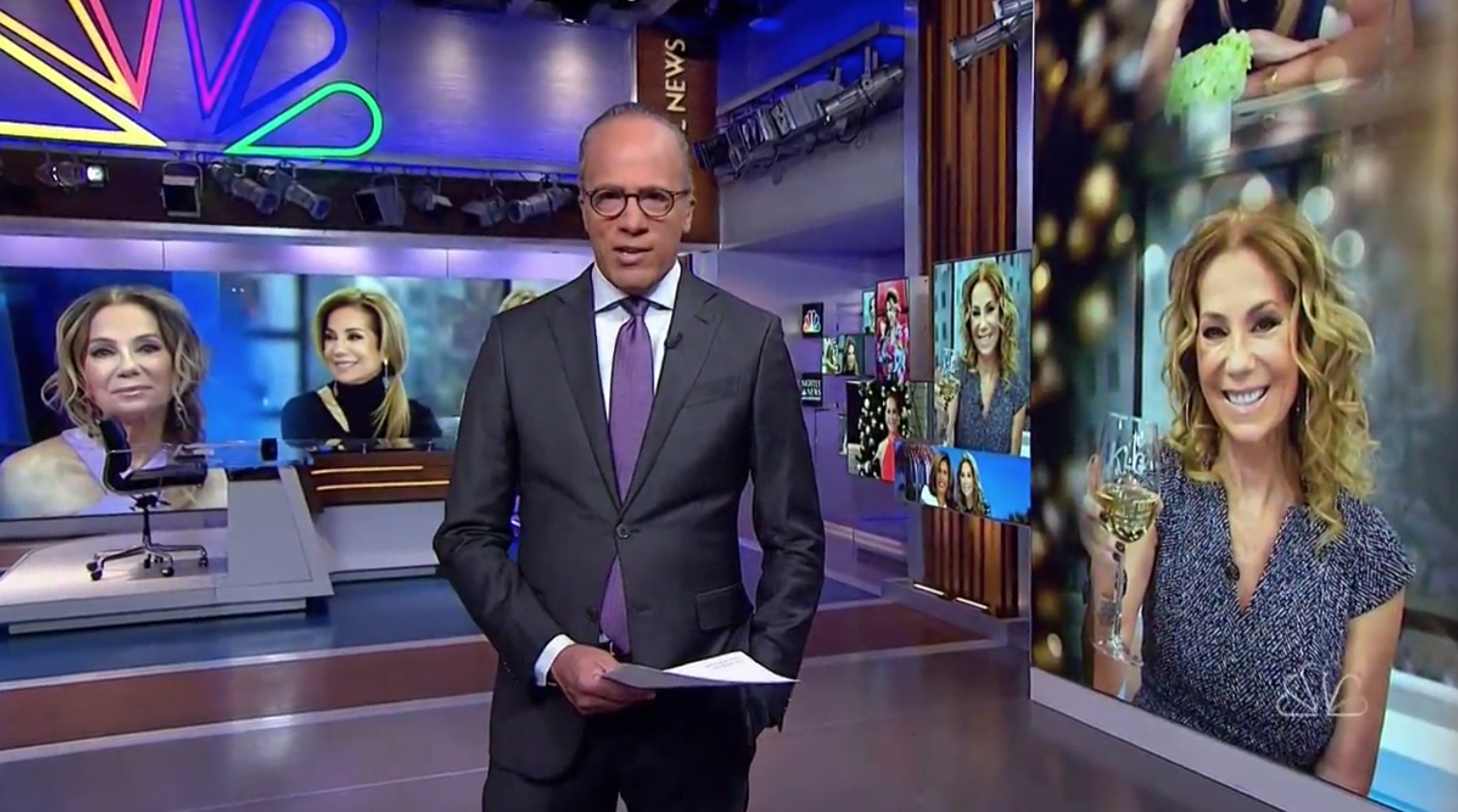 On Thursday’s ‘Nightly News,’ Lester Holt introduced a kicker on Gifford from in front of Studio 3A’s video walls and arrays filled with photos of her. Holt then interviewed Gifford in front of the Studio 1A video wall that typically serves as her home base.