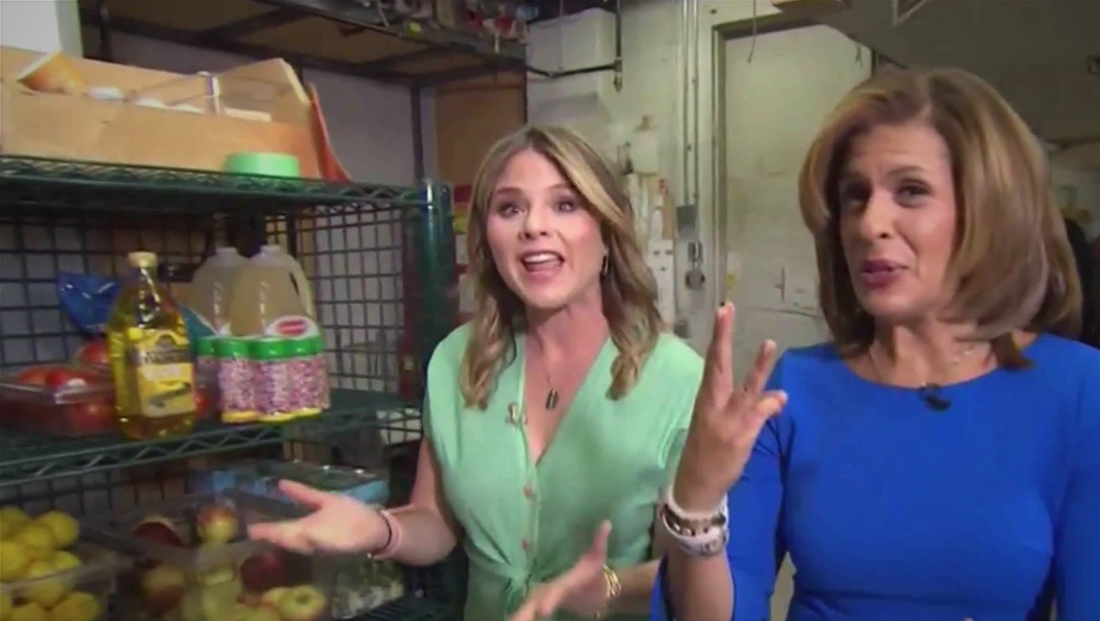 “Today with Hoda and Jenna,” which debuted Monday, April 8, 2019, has been giving viewers a peek backstage of the Studio 1A complex during its cold opens.

Monday and Tuesday’s editions had Hoda Kotb and Jenna Bush Hager walking into the studio through the entry behind the studio’s sunrise sculpture and Orange Room, respectively, but not before giving viewers a glimpse at some of the backstage areas.

On Wednesday’s show, the pair started out in the backstage prep kitchen area, before walking off screen.

The control room then cut to the open, so the pair were not shown walking from the kitchen to set.

Before Hager joined the show, the shows with Kotb and former co-host Kathie Lee Gifford typically started with a fullscreen teasers using the caricatures of Gifford and Kotb and matching graphics with one of the hosts providing a voiceover.

On Thursday, however, the open aired with a cold open before cutting to Kotb and Hager entering Studio 1A behind the sculpture again.