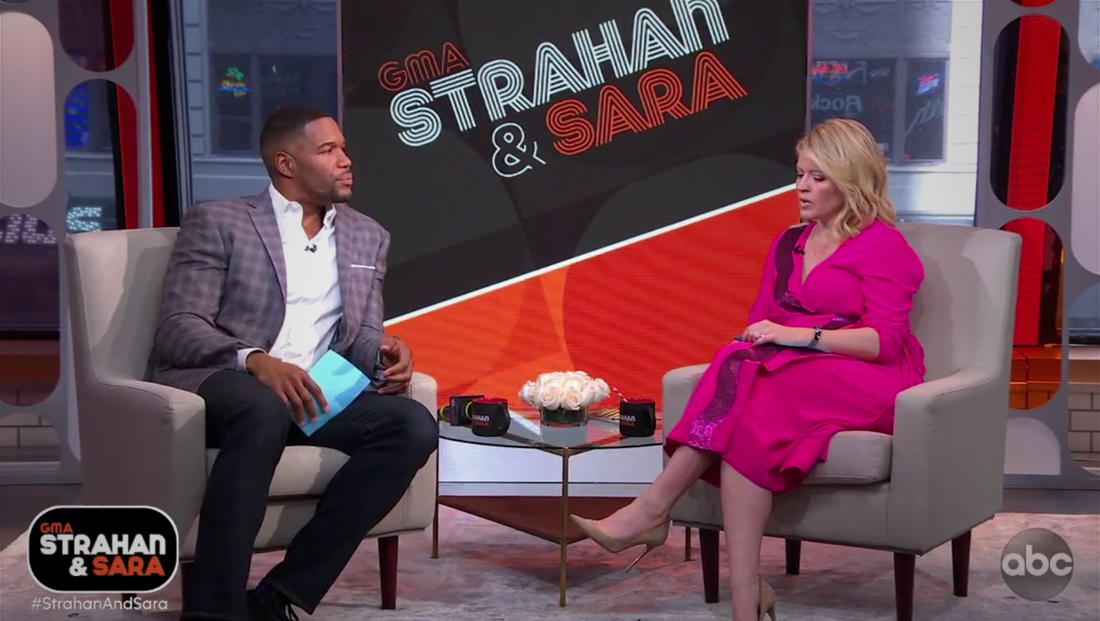 Nearly three months after its debut, the “Strahan & Sara” “chairgate” is finally over.

However, viewers almost immediately took to social media expressing their displeasure with the chairs, which lead to a “#Dare2Chair” challenge where the show asked viewers to share their thoughts on the chairs and make suggestions of their own.

After experimenting with chairs (like these, these and these), the show eventually settled back into using the original chairs.

However, ABC finally sprung for new chairs starting with the Monday, April 15, 2019 edition.

The new chairs are off-white solid armchairs. Both are now matching as well.