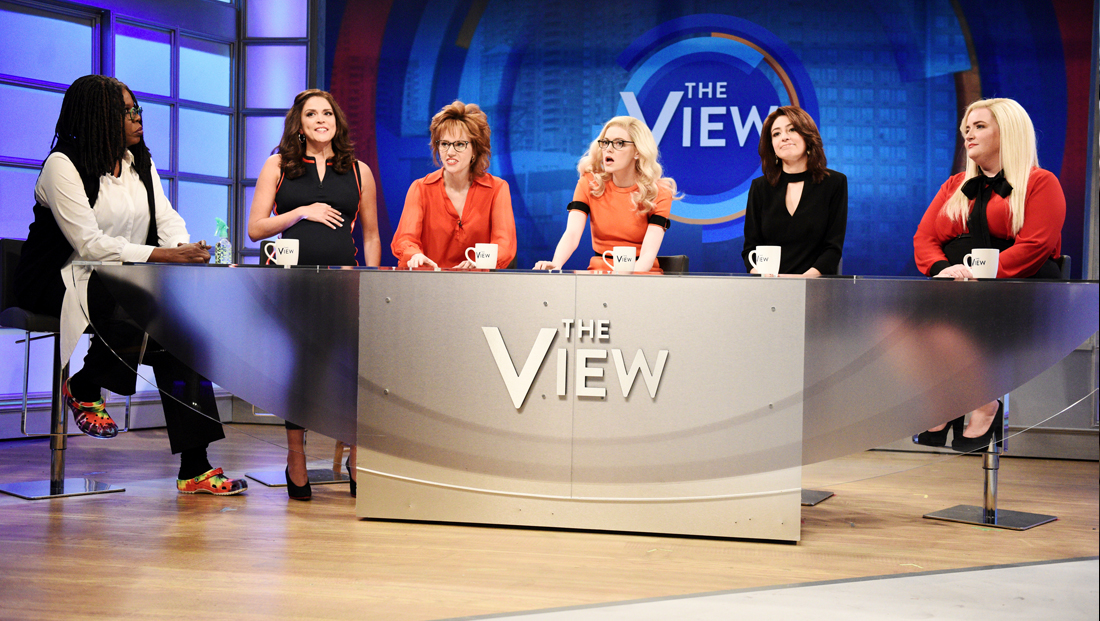 For the “Saturday Night Live” skit tackling Joy Behar and Meghan McCain’s on air confrontation last week, the sketch show brought out its version of “The View” set.

“SNL” brought in a large faux glass table with the show’s trademark folded leaf — and used a large background graphic to mimic the large video wall installed in the “The View” studio.

Flanking this were backlit frosted square panels design to mirror the similarly-shaped elements found on the real “View” set — though the real ones have a bit more depth.

The real “View” set features a similar entrance, but it is situated in the middle of the audience area. When the show first debuted its new set and studio in 2014, the co-hosts and guests would enter through this door, though it is no longer regularly used.

The original 2014 set has undergone numerous changes since it debuted, including a large 2016 overhaul.

Photo by Will Heath