CNN heavily promoting ‘back to back’ town halls 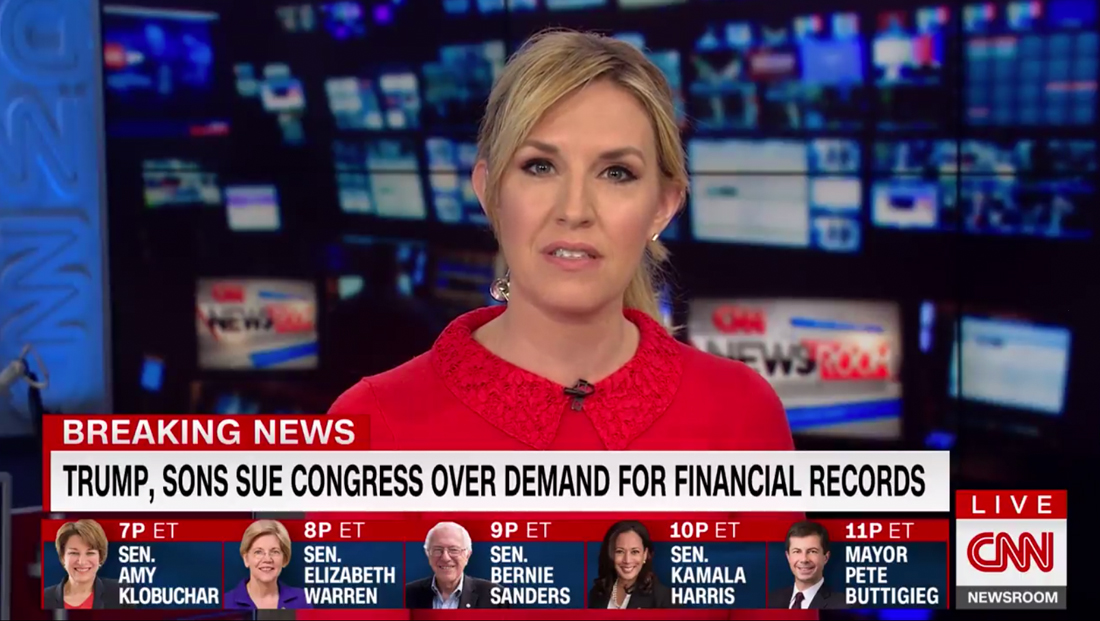 CNN has been steadily promoting its town hall “marathon” Monday, April 22, 2019 with a countdown, timeline-style banner running below its lower thirds which also run during commercials along with a two-box layout — plus traditional promos.

Here's the scheduled the CNN Town Halls for tonight https://t.co/2aXGrOLhI8

The banner alternate between a large CNN presidential halls logotype along with a day of the week or “tonight” designator. 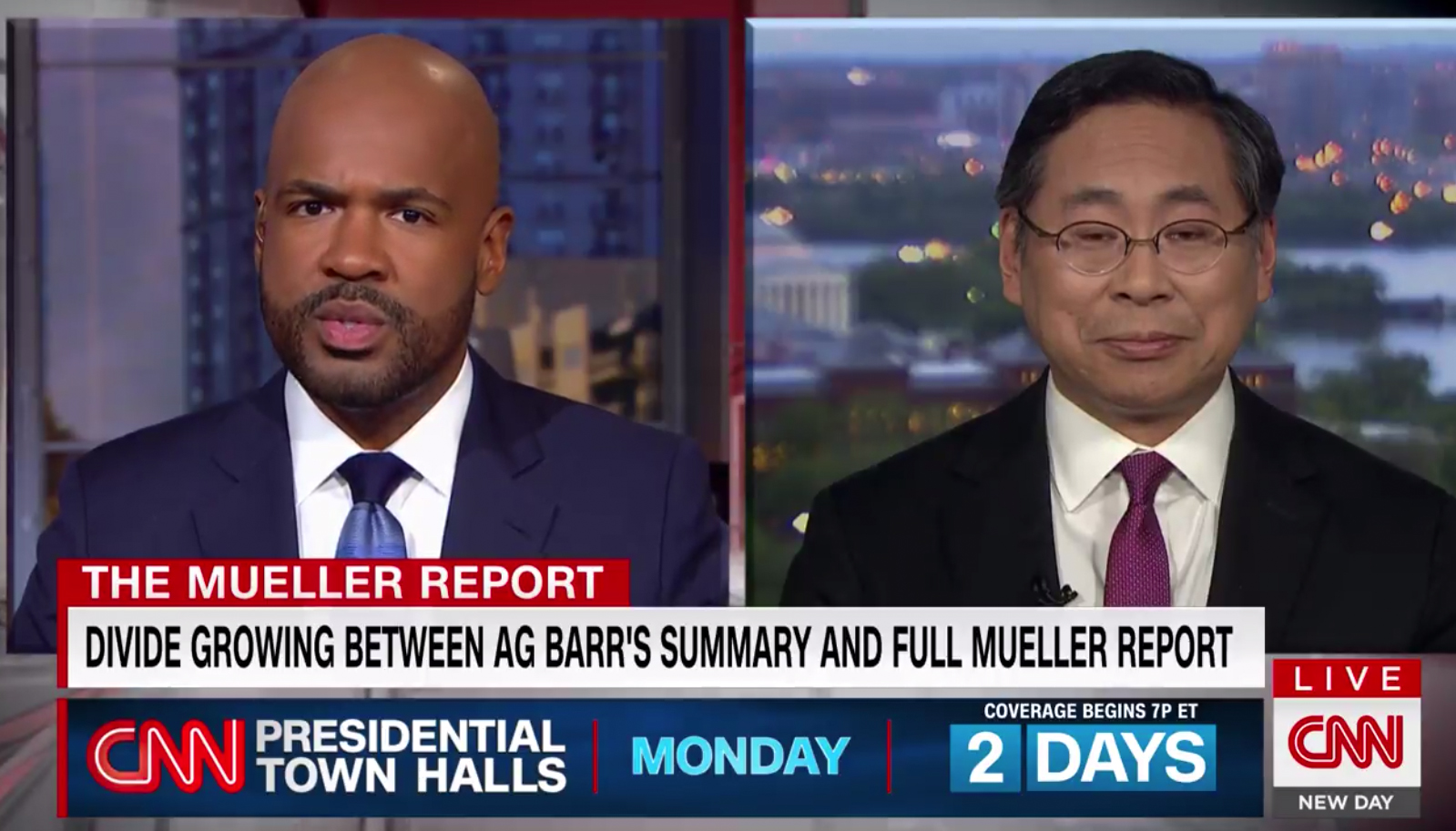 Over the week, the graphic was using a ‘2 days’ designator in this view. 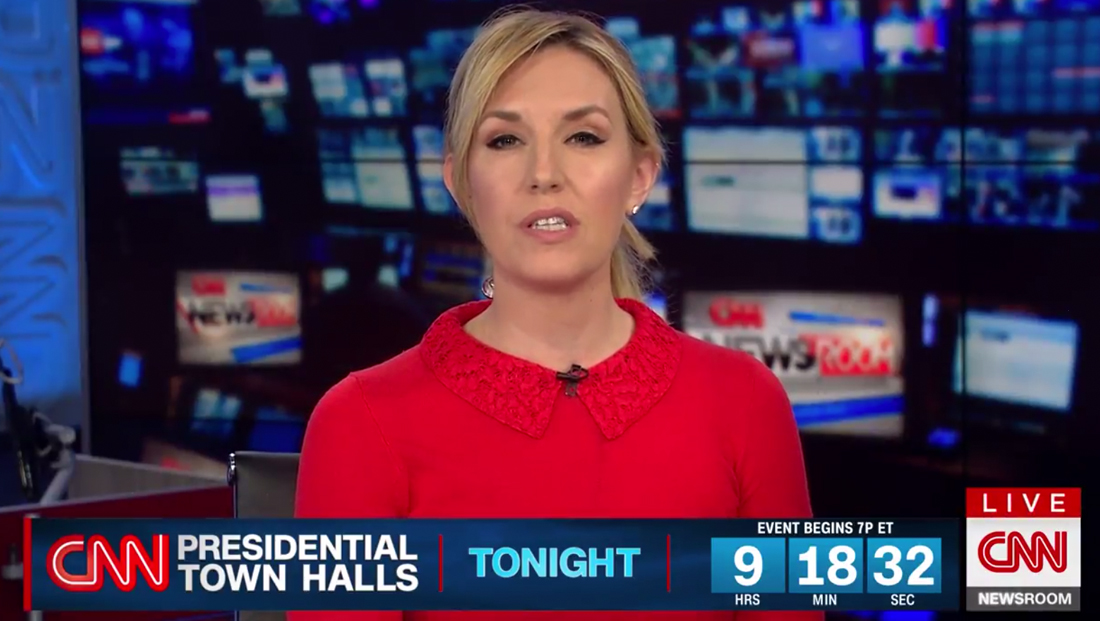 This would eventually switch to a hours, minutes and seconds countdown. 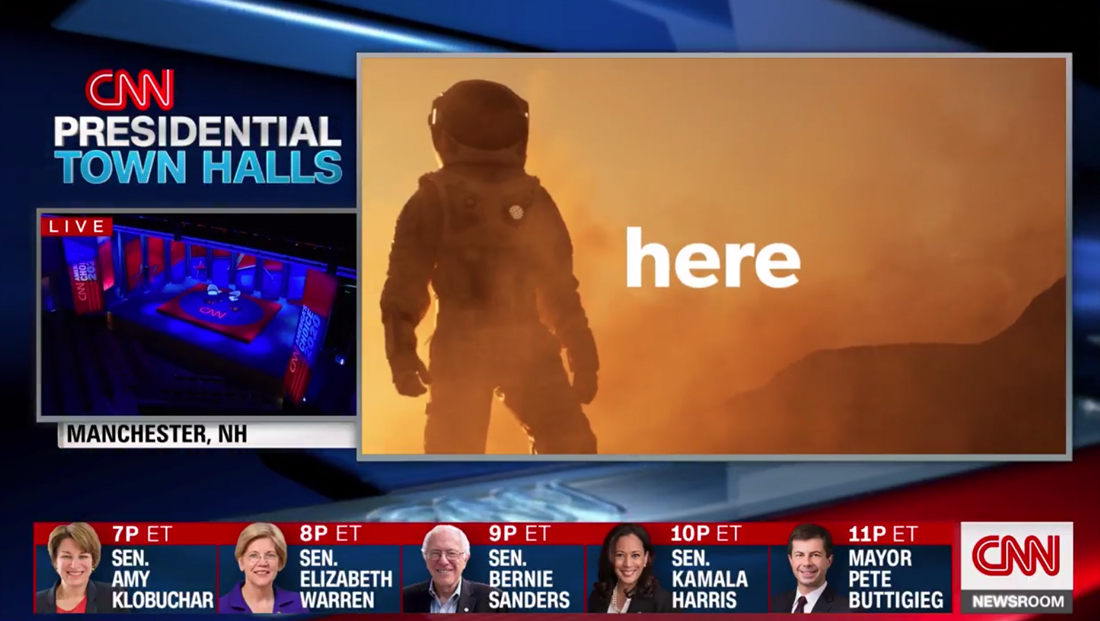 The banner then switched to a timeline of the entire schedule, along with headshots of each candidate. During select commercial breaks, the network also showed a live shot of the stage in Manchester, New Hampshire in a small box with a larger one for the advertising.

The network is also airing promos in the same hard-hitting style it has used before — complete with an over-excited announcer using each candidate’s last name and mentioning they will face off “on the same stage” and “back to back” — as if the whole event is a wrestling match.