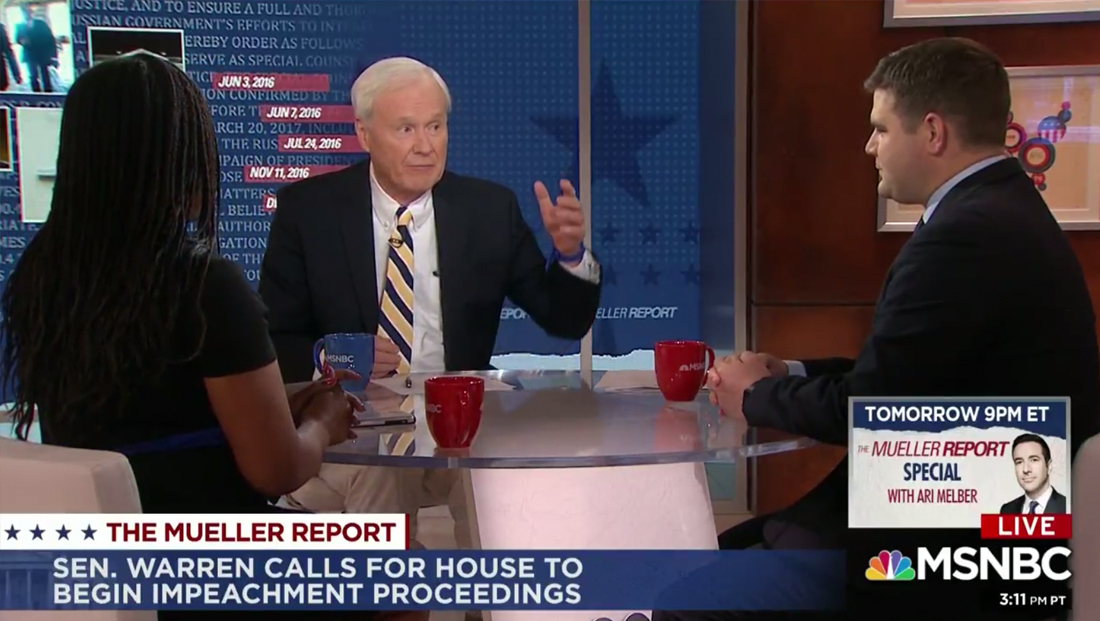 The Mueller Report continued to occupy the network news cycles over the holiday weekend.

On Easter Sunday, NBC News‘ “Meet the Press” had extended coverage of the report after leading with the Sri Lanka church bombings.

Although not billed as a “special edition,” the show’s open featured imagery of Robert Muller, William Barr and Donald Trump.

The show also featured an extended package overviewing the report’s contents using a variety of animations and pull-quote style graphics. 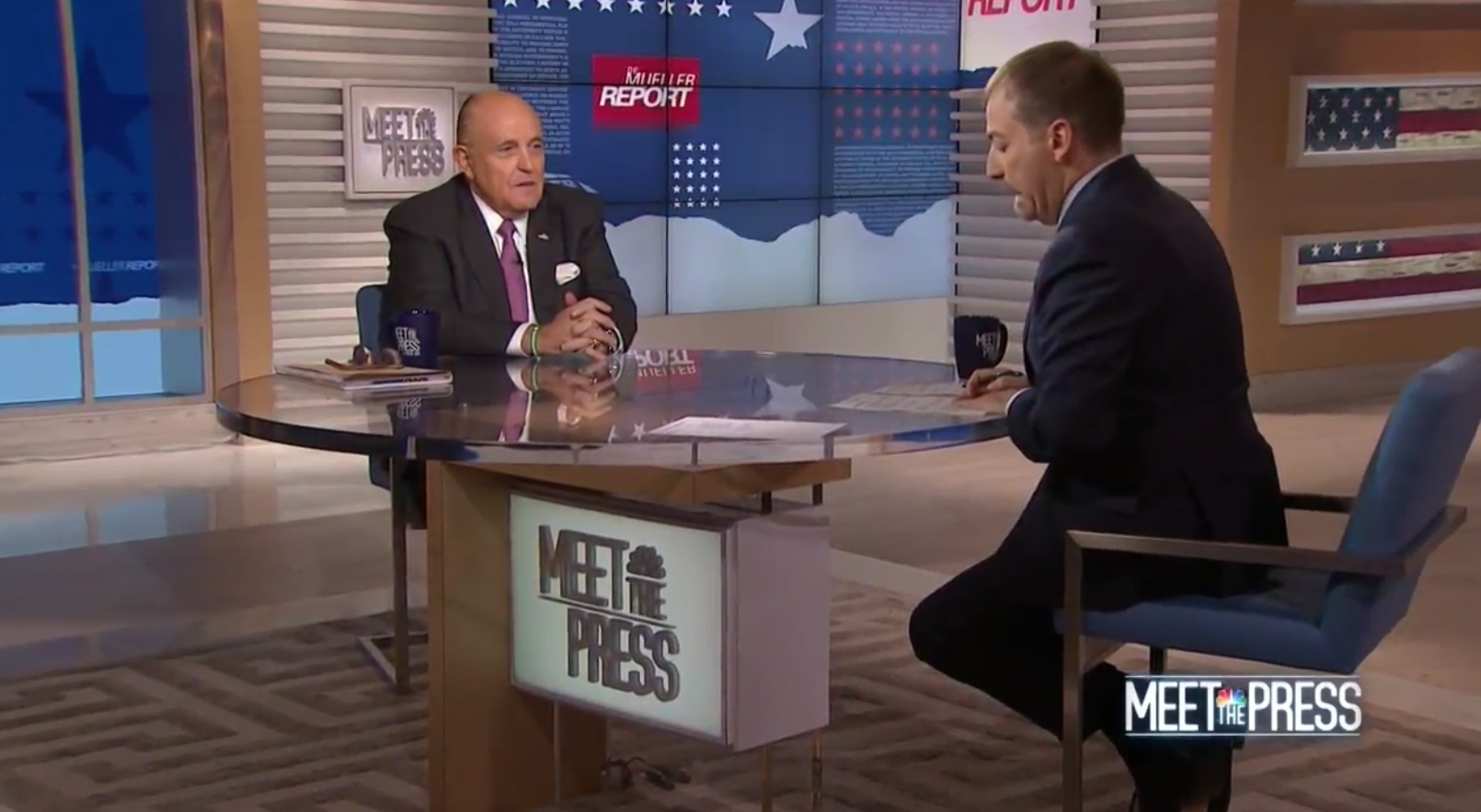 During Mueller coverage, the various video walls and panels on the ‘Meet the Press’ featured the network’s Mueller Report graphics instead of the normal views of Washington, D.C. Notably, Chuck Todd was the only one of the normal Sunday morning political affairs anchors in the moderator chair Easter. 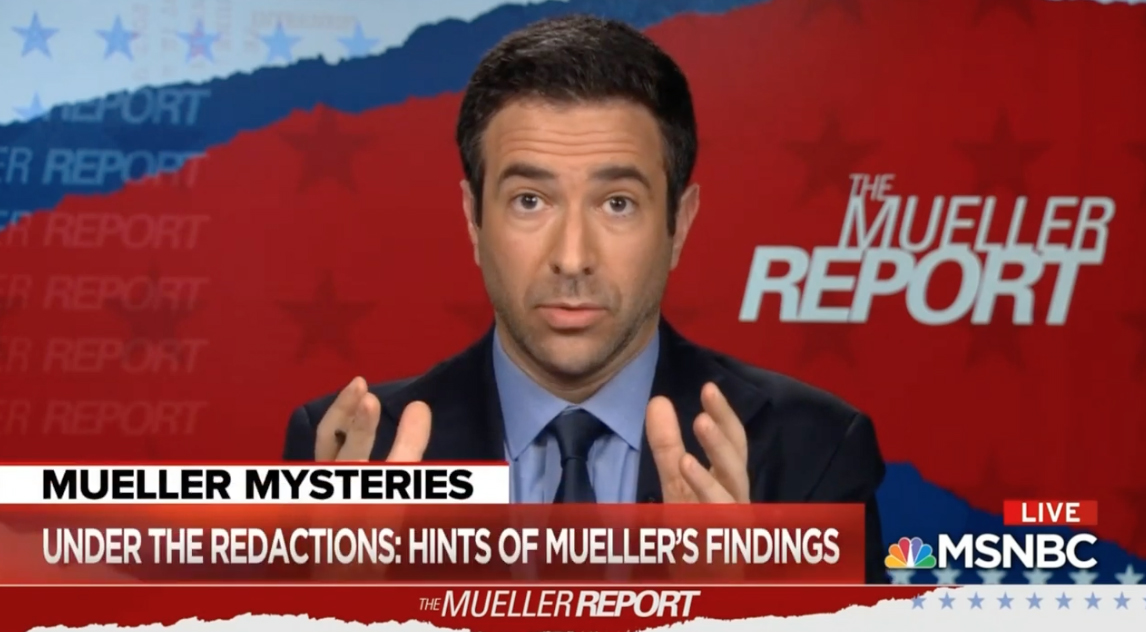 MSNBC brought in Chris Matthews and Ari Melber to host specials on the report, both of which also used the NBC Mueller report look. 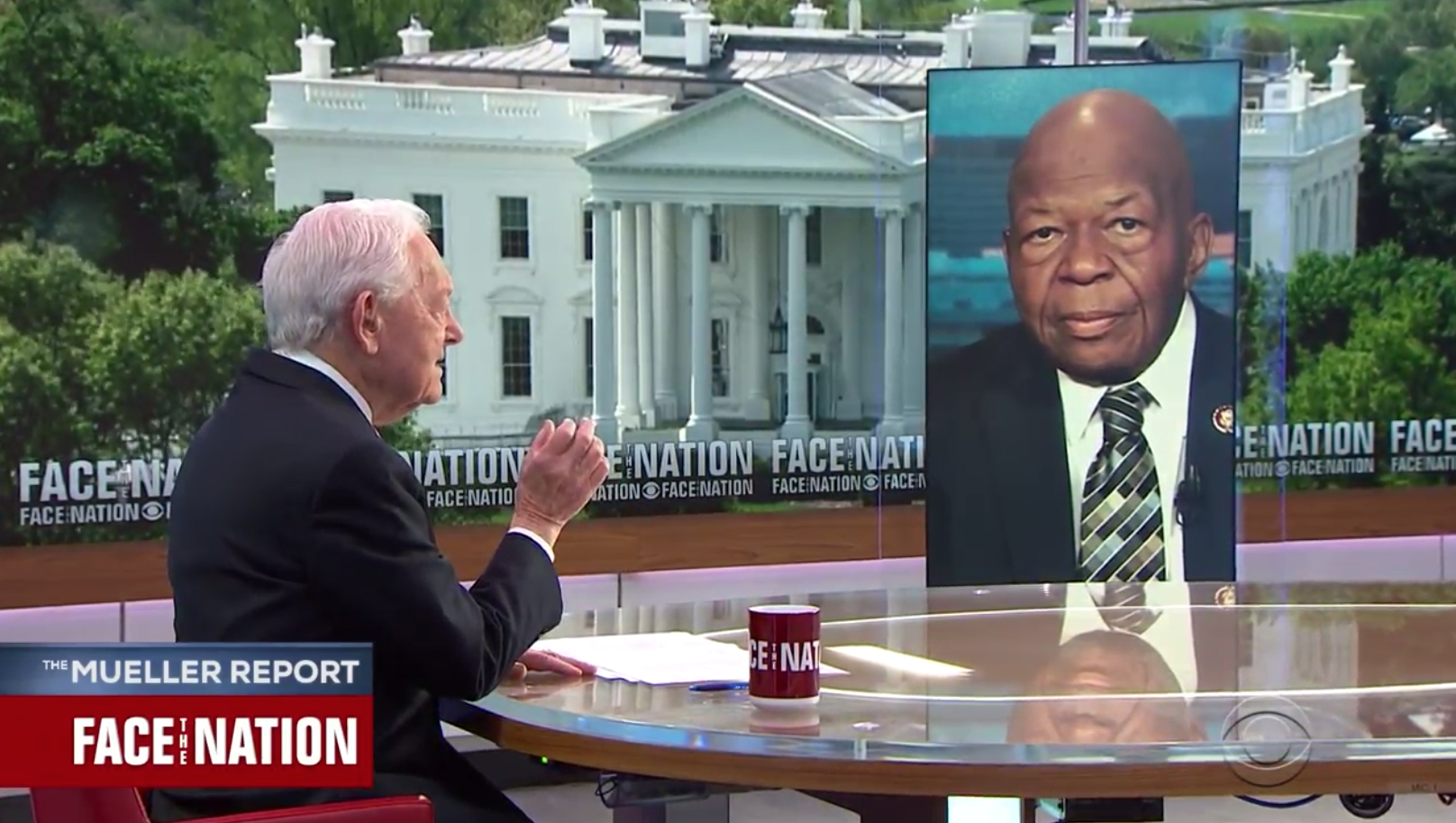 CBS News‘ ‘Face the Nation,’ which featured Bob Schieffer in for Margaret Brennan, offered extended coverage of both the Mueller Report and church bombing — though it also allotted time to other stories of the week, including the Notre Dame Fire. During Mueller coverage, the network’s Mueller Report logotype was added to the red show bug. 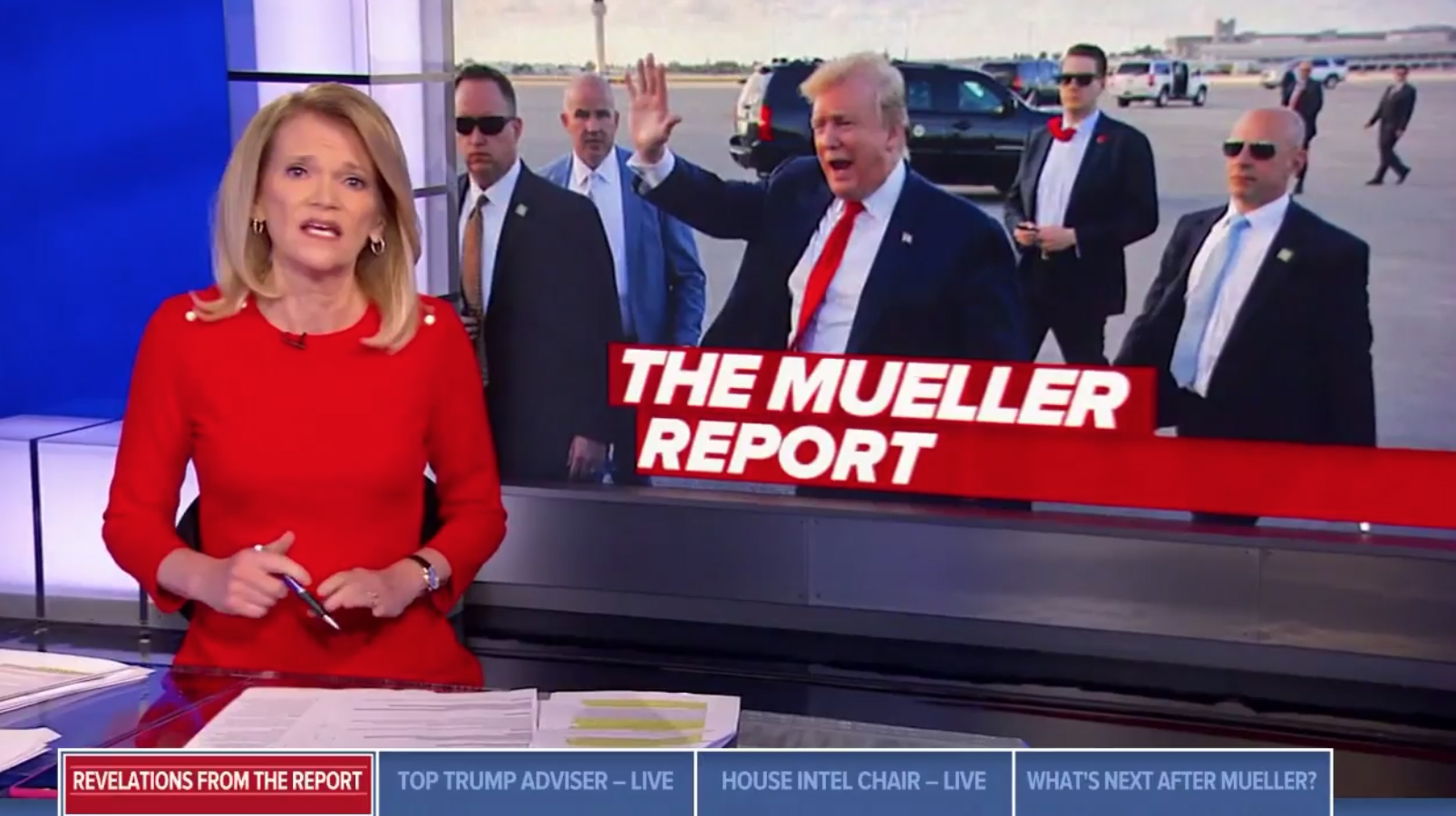 On ABC, ‘This Week,’ was devoted almost entirely to the Mueller Report, which was hosted by co-anchor Martha Raddatz with George Stephanopoulos out. In addition to the normal bold ‘This Week’ look, the broadcast also incorporated elements from the network’s Mueller Report branding.

By Saturday, the Mueller Report had fallen off as a top story — though it was still covered on cable and broadcast.

On Sunday all three networks lead with the church bombings on their respective morning shows (though “CBS This Morning” does not air a Sunday edition, “CBS Sunday Morning” did cover both the bombings and Muller Report in its headlines segment).