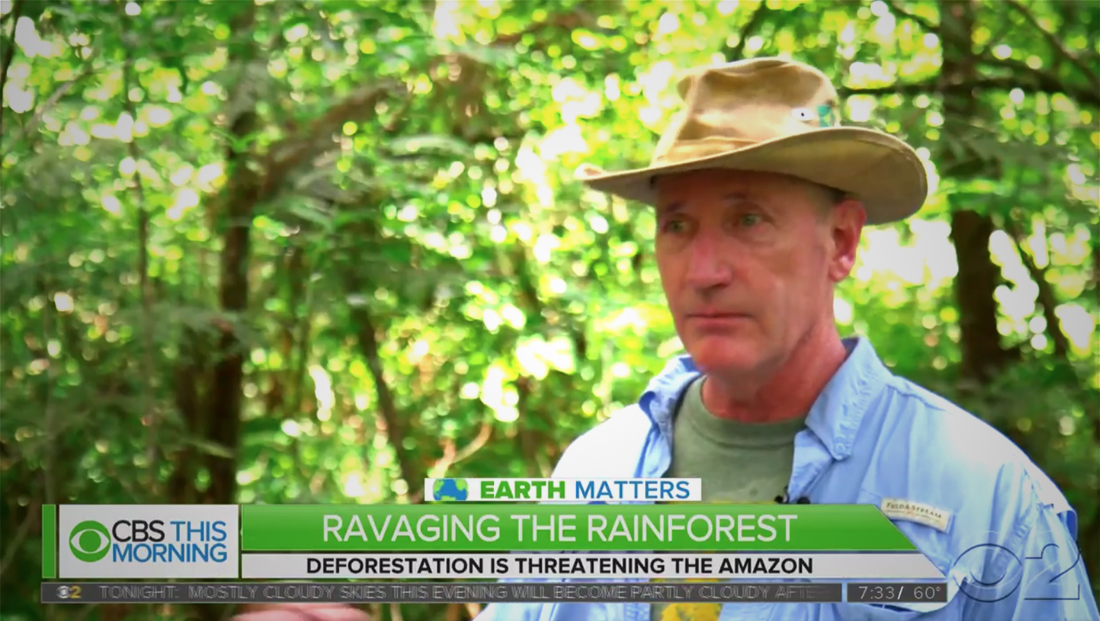 The big three U.S. networks all marked Earth Day Monday, April 22, 2019, with environment-focused stories on both their morning and evening newscasts — but “CBS This Morning” went truly global on its coverage — bringing viewers stories from every continent on Earth.

The broadcast featured seven stories on the environment over the course of Monday morning’s show. 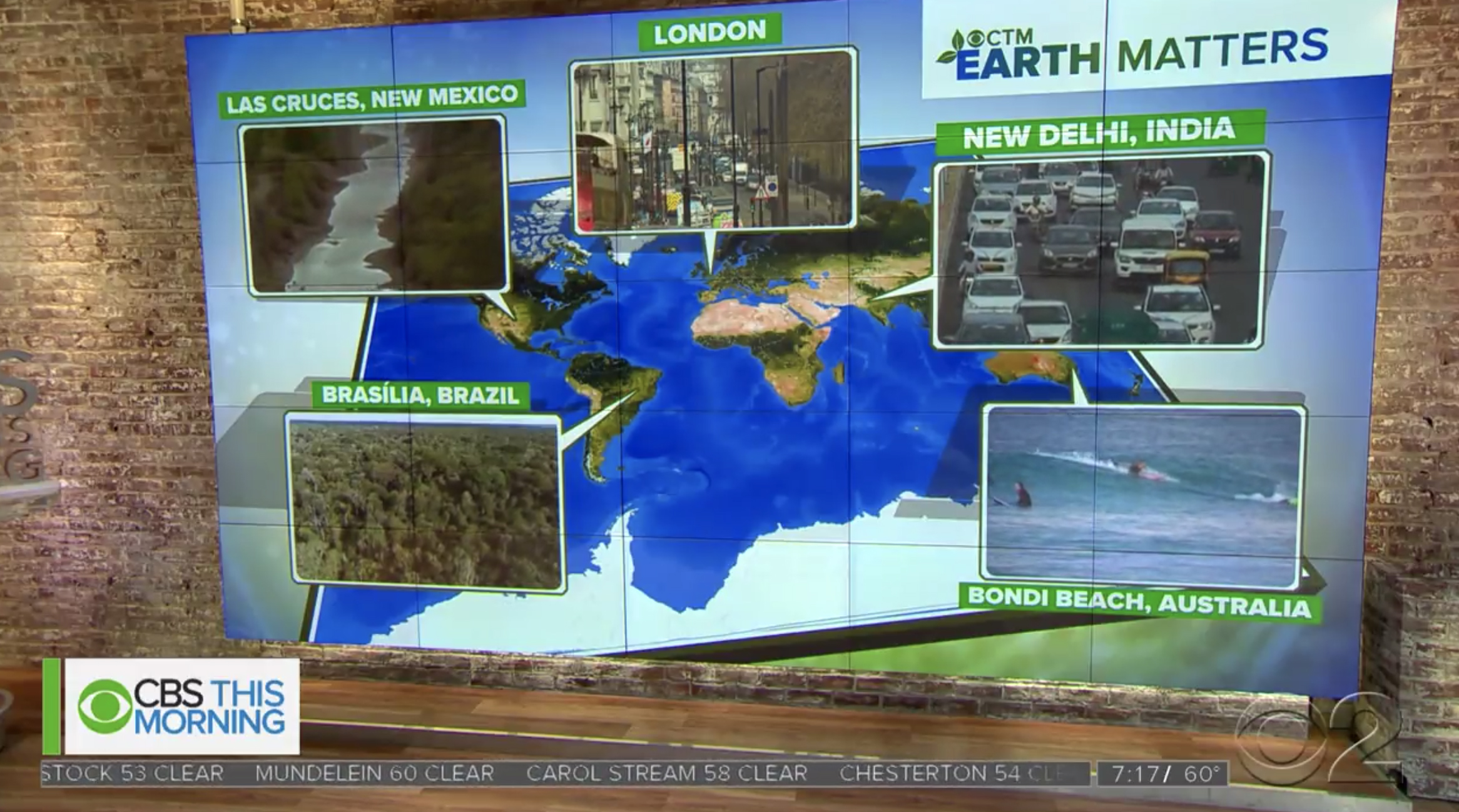 ‘CBS This Morning’ offered extended coverage from around the globe, including a different version of the Vladimir Duthiers’ package from Brazil that ‘Evening News’ aired later in the day.

On “This Morning,” the show’s lower thirds were recolored green, blue and gray, instead of the normal bright yellow, black and gray during Earth Day stories. The broadcast also recolors its graphics for political and special coverage of major stories.

On both the morning newscast and “CBS Evening News,” the network used its “Earth Matters” branding.

On a side note, Duthiers and his crew picked up a yellow and black necklace for co-anchor Gayle King from a local artisan. 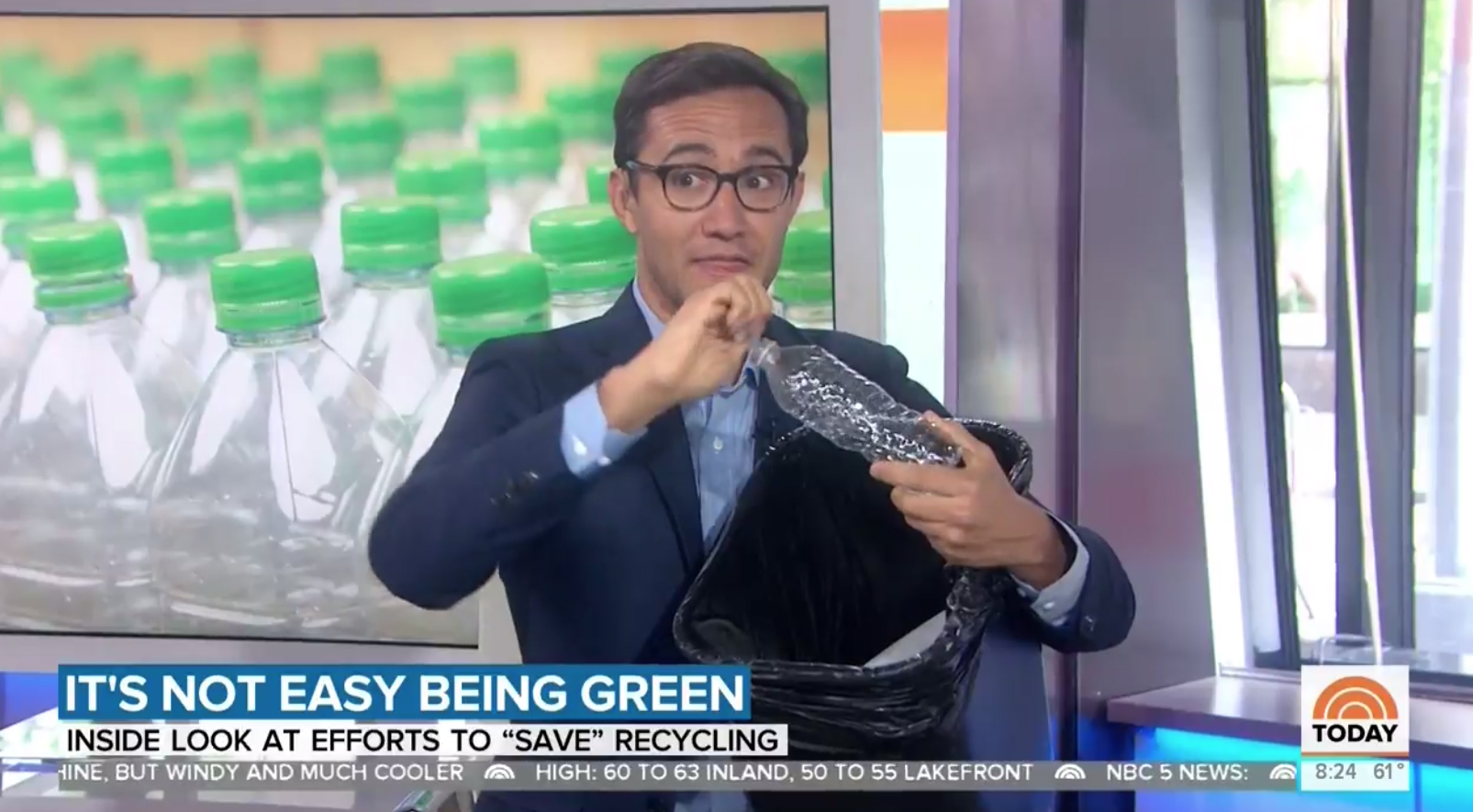 On ‘Today,’ Gadi Schwartz used a recycling bin and common household waste to demonstrate what could be recycled — and common pitfalls with recycling. The lower third, which was in the standard blue palette the show debuted in January, read, somewhat ironically, ‘It’s not easy being green.’ In the past, ‘Today’ has recolored its graphics for a variety of occasions, including going green for Earth Day and St. Patrick’s Day. NBC previously changed out its bug across most programming to be green during annual ‘Green is Universal’ observances.

“Today” is also offering a special version of its “One Small Thing” — under the name “One Green Thing” all week long. 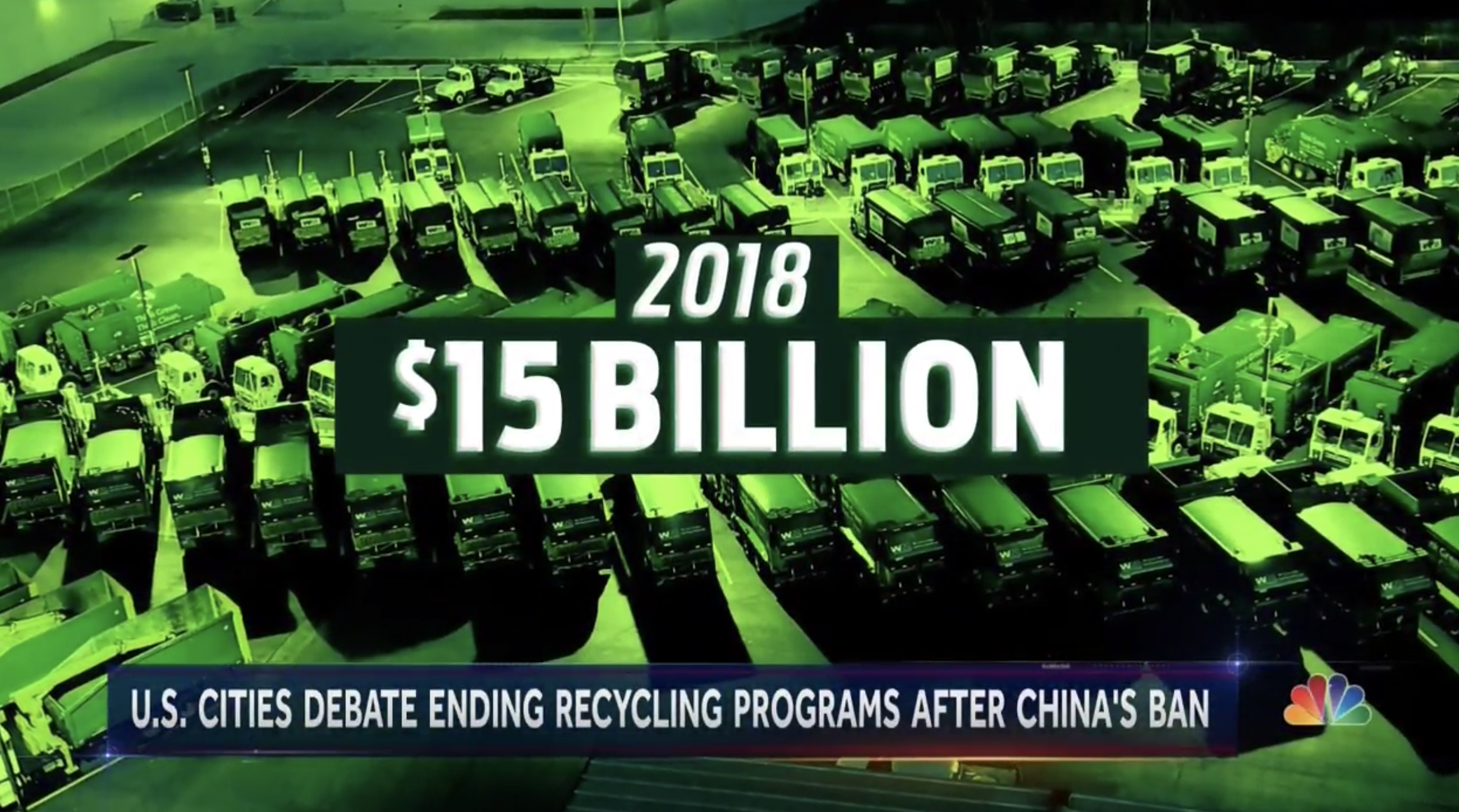 ‘NBC Nightly News‘ continued the recycling theme, with coverage of how China’s ban on accepting U.S. recyclables is affecting the environment. 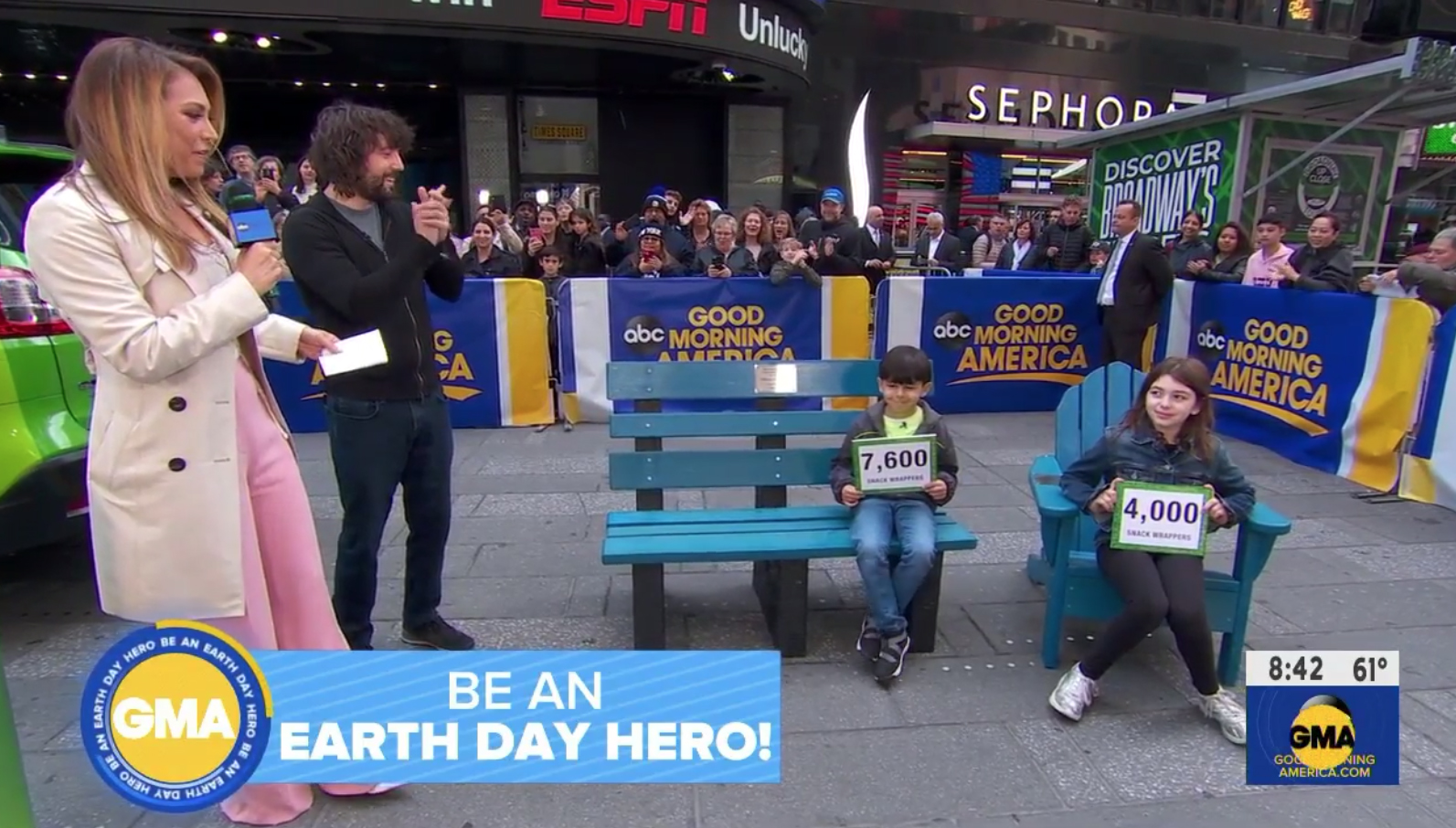 ‘Good Morning America‘ showed off items made from recycled materials in Times Square. 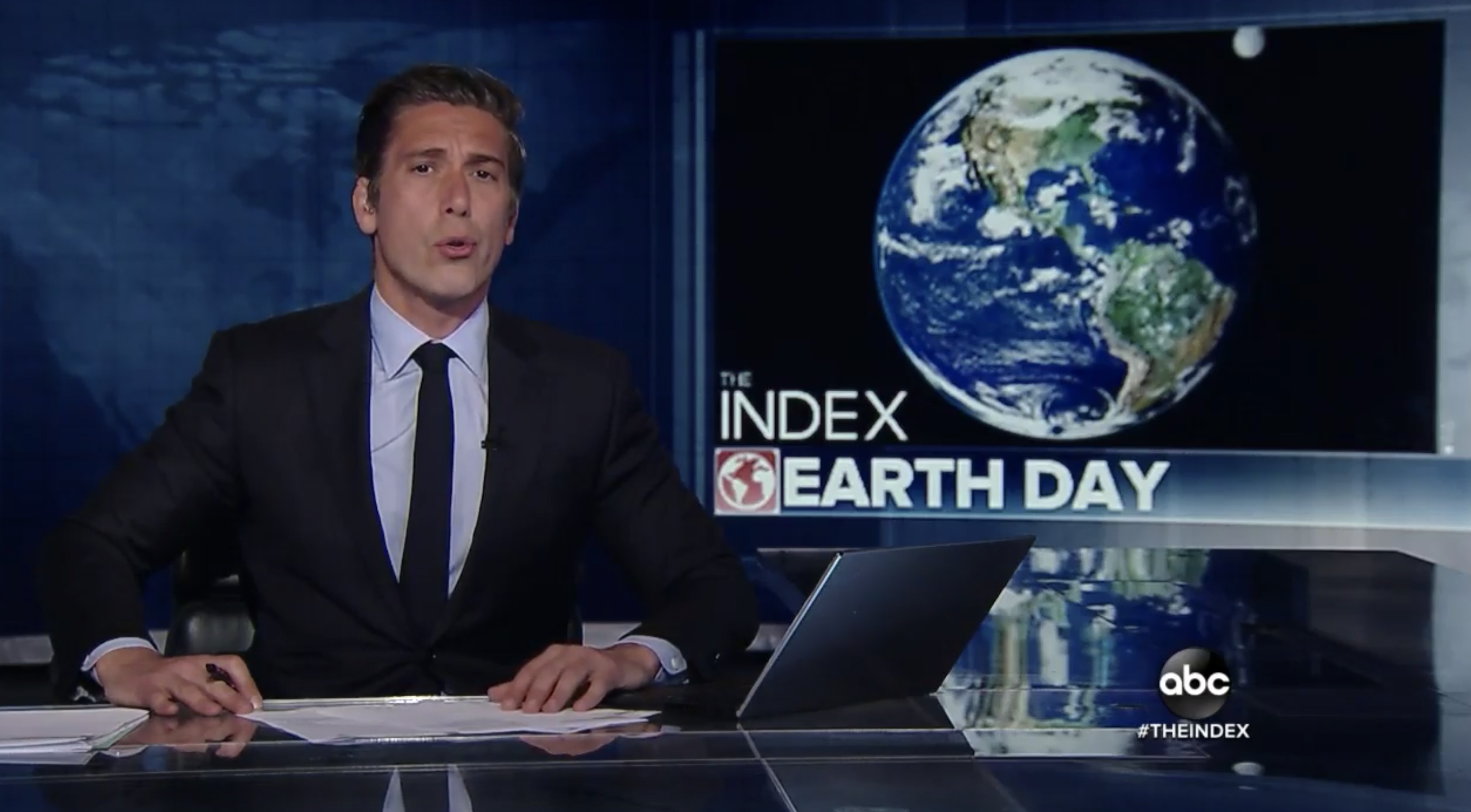 ‘World News Tonight‘ covered Earth Day as part of its ‘The Index’ news summary segment, giving a brief overview of the