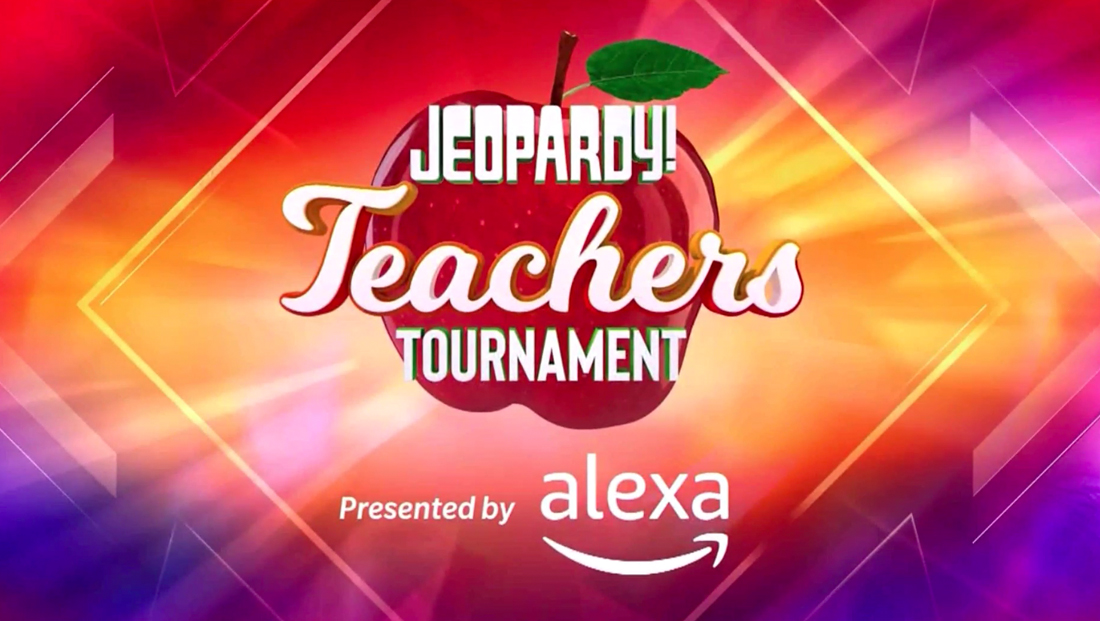 “Jeopardy!” put a pause on James Holzahauer’s epic winning streak to air its annual Teachers Tournament — and its open was updated with a school theme.

As it has for previous themed tournaments this season, “Jeopardy!” used a modified version of its open, updating the scenes with school themed references.

For example, “The Thinker” statue, which dabbed during the Teen Tournament opens, now chugs on a cup of coffee (aka what America’s teacher run on).

The diamond shaped dais in the 3D space remained, with textbooks, an apple, student desks and other related objects replacing the normal ones.

Meanwhile, the open, created by Game Day Creative, also updated the columns found in the virtual space with stone cornices and bases to mirror those found on many classic school buildings — while Trebek’s 3D lectern was replaced with a teacher’s desk.

Surrounding the scene, the “category screens” that normally fill in the space between the pillars were replaced with chalkboard style elements with school themed titles.

The title screen for the tournament included a slightly modified version of the glassy diamonds and a bright light burst — while removing the curved stripes.