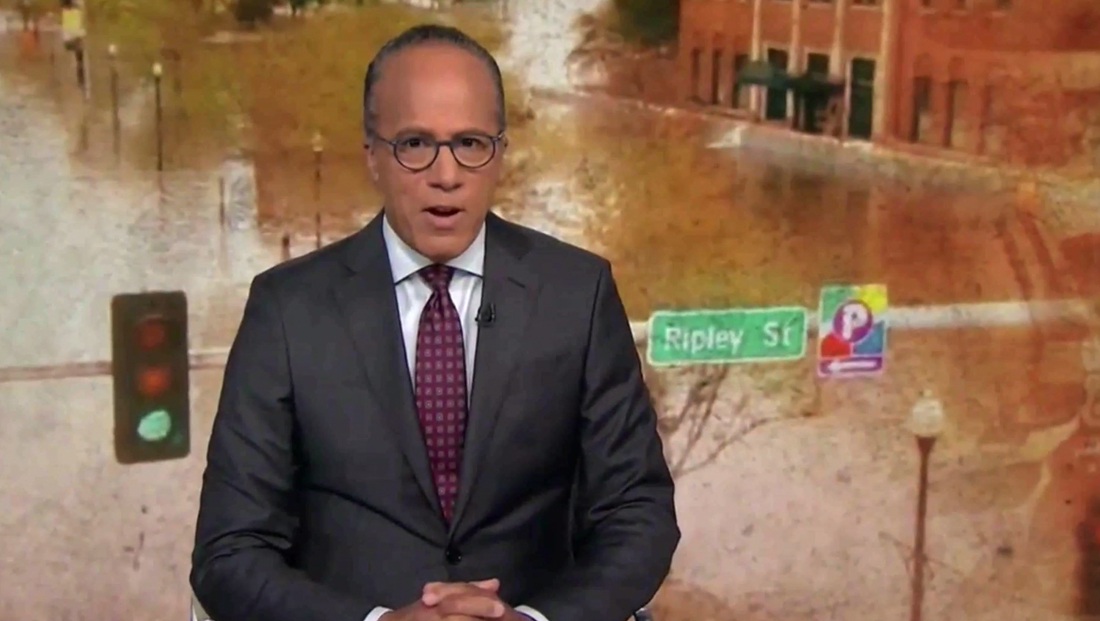 “NBC Nightly News” has been opening the broadcast with camera blocking that takes advantage of graphical updates it made earlier this spring.

The broadcast began starting the newscast with Lester Holt at the anchor desk Friday, May 3, 2019.

Behind Holt, the large video wall that covers much of the width of the studio features the new angular OTS-style graphics the show introduced in April.

The opening shots are framed wide without the smaller inset image and title at the top, instead showcasing a dramatic topical image.

Just seconds into the newscast, the angular inset and text elements animate in.

While Holt does stand at the so-called “video tower” in the brief shot shown before the “headlines,” he has not been starting the newscast standing next to it as he did previously.