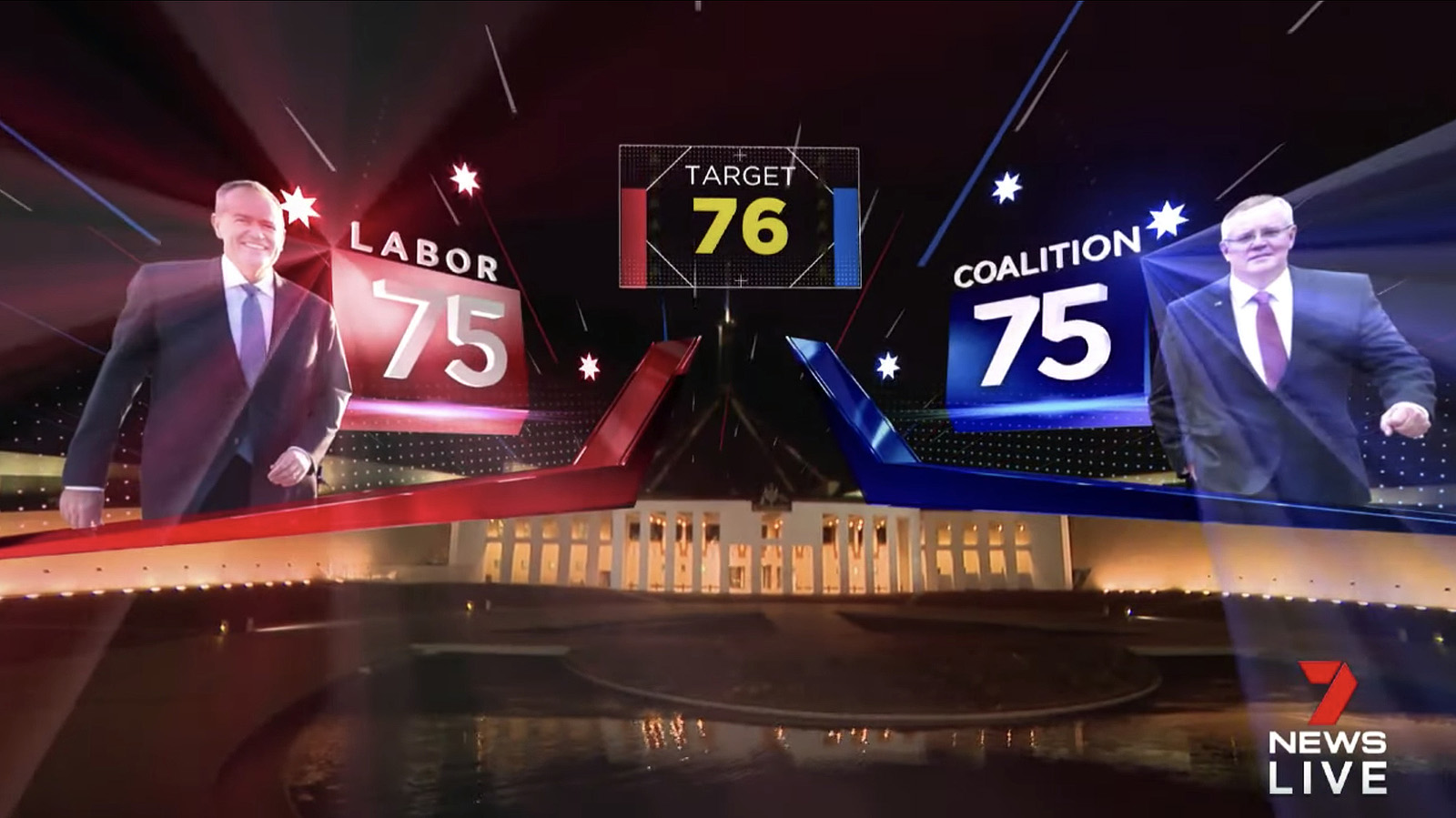 Coverage from 7 News in Australia of the 2019 federal election on May 18, 2019, included a variety of augmented reality elements digitally projected above the nation’s parliament building in Canberra.

The team at Girraphic handled the design and integration for 7 New’s coverage with a fully motion-tracked jib camera on location to provide sweeping shots for the augmented overlays. 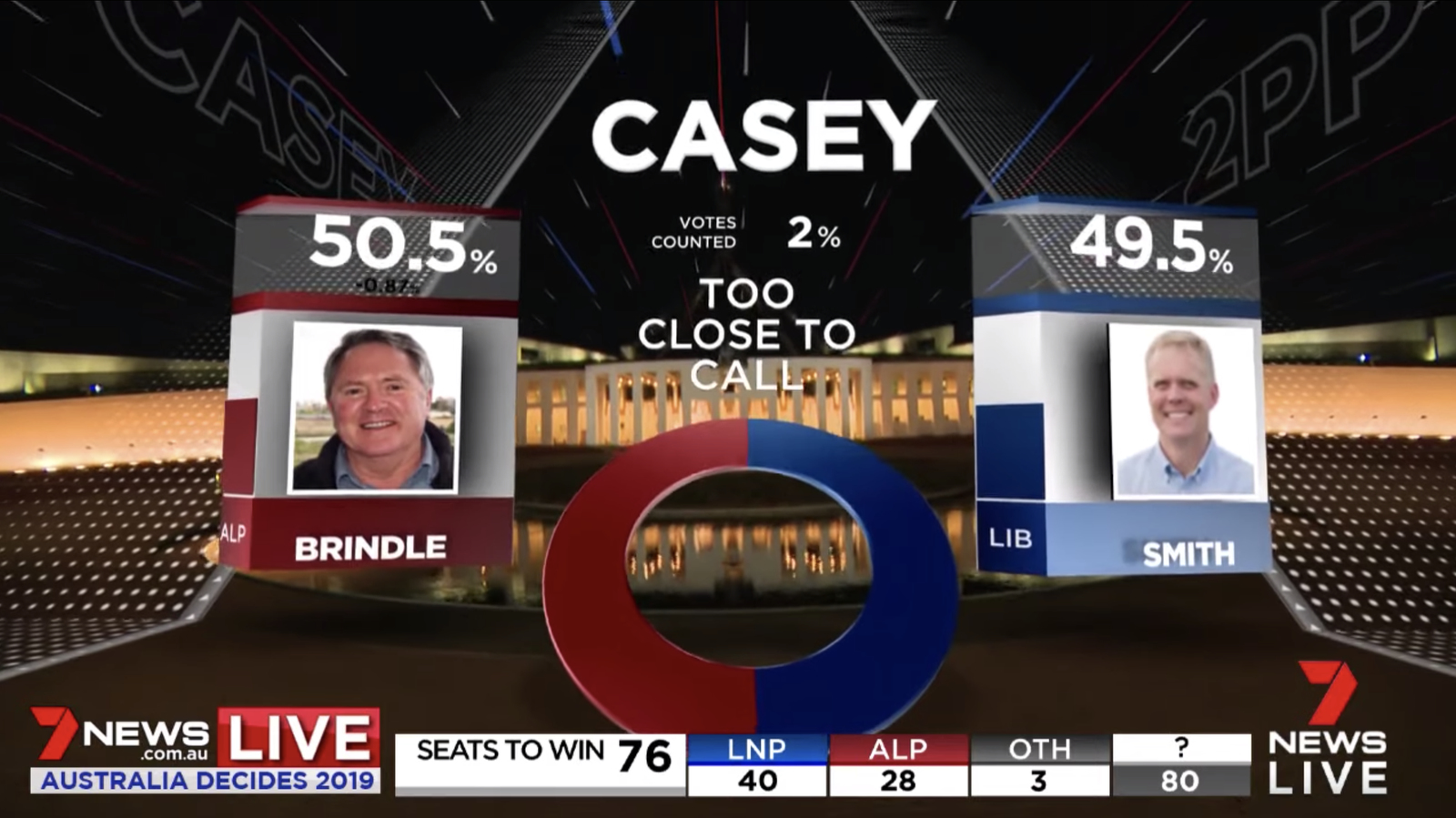 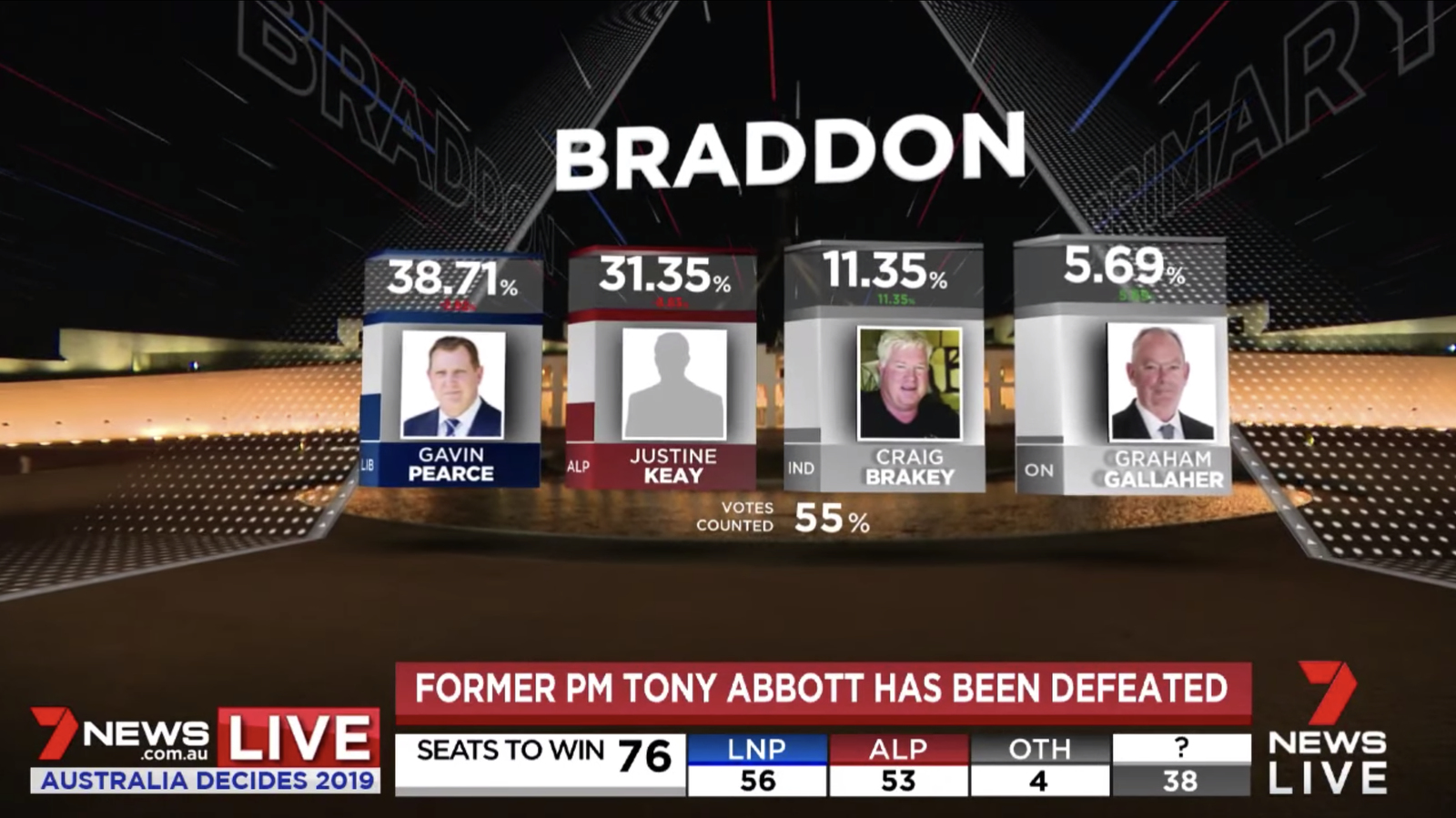 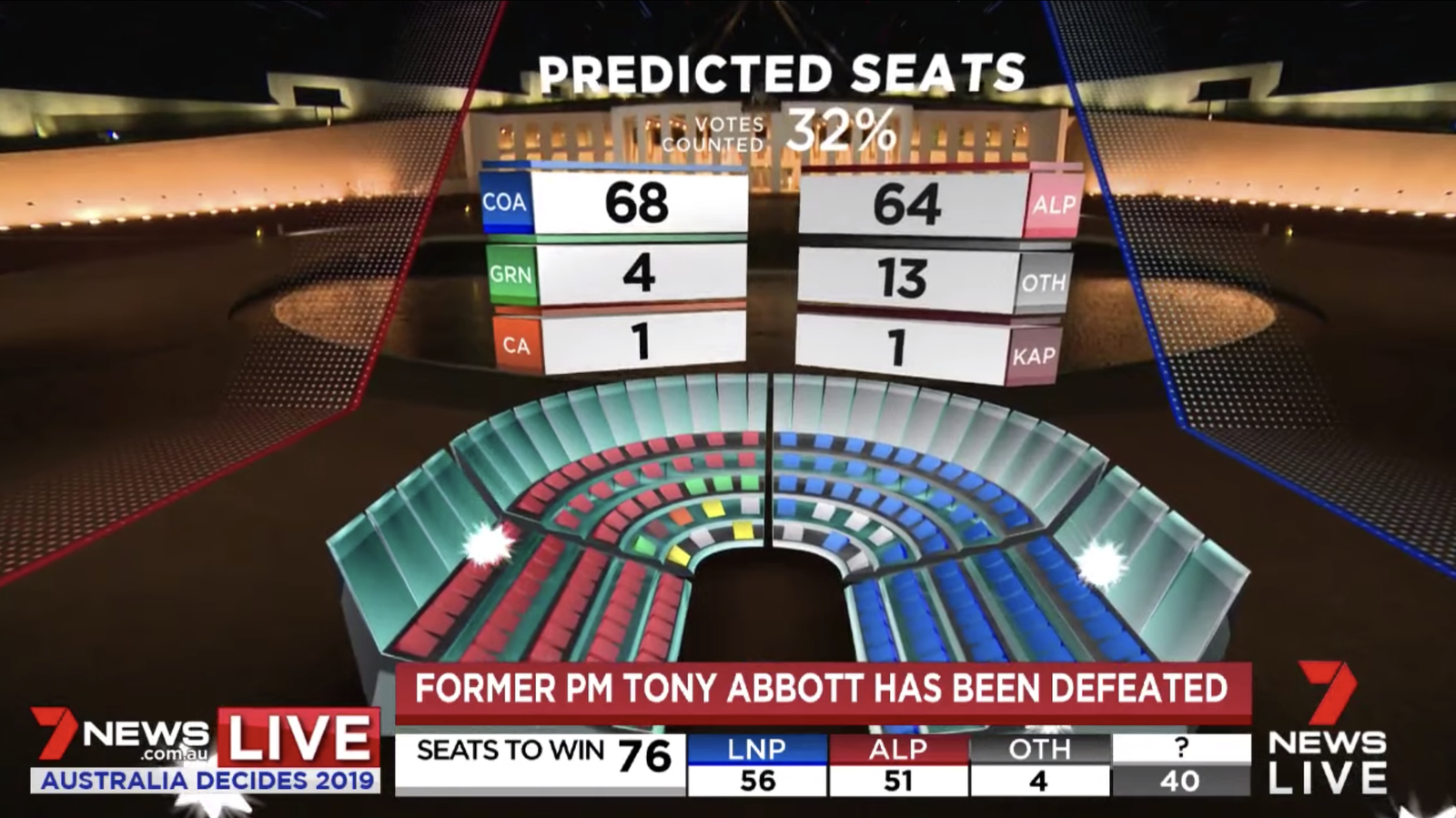 Along with showcasing real-time data from election returns including charts and graphs, the elements also included projections and the all-important race to 76 seats for control of Australia’s Parliament.

In the studio, 7 News used a large LED video wall to show a digital set extension of the interior of the nation’s Parliament House building with a large desk placed in front. 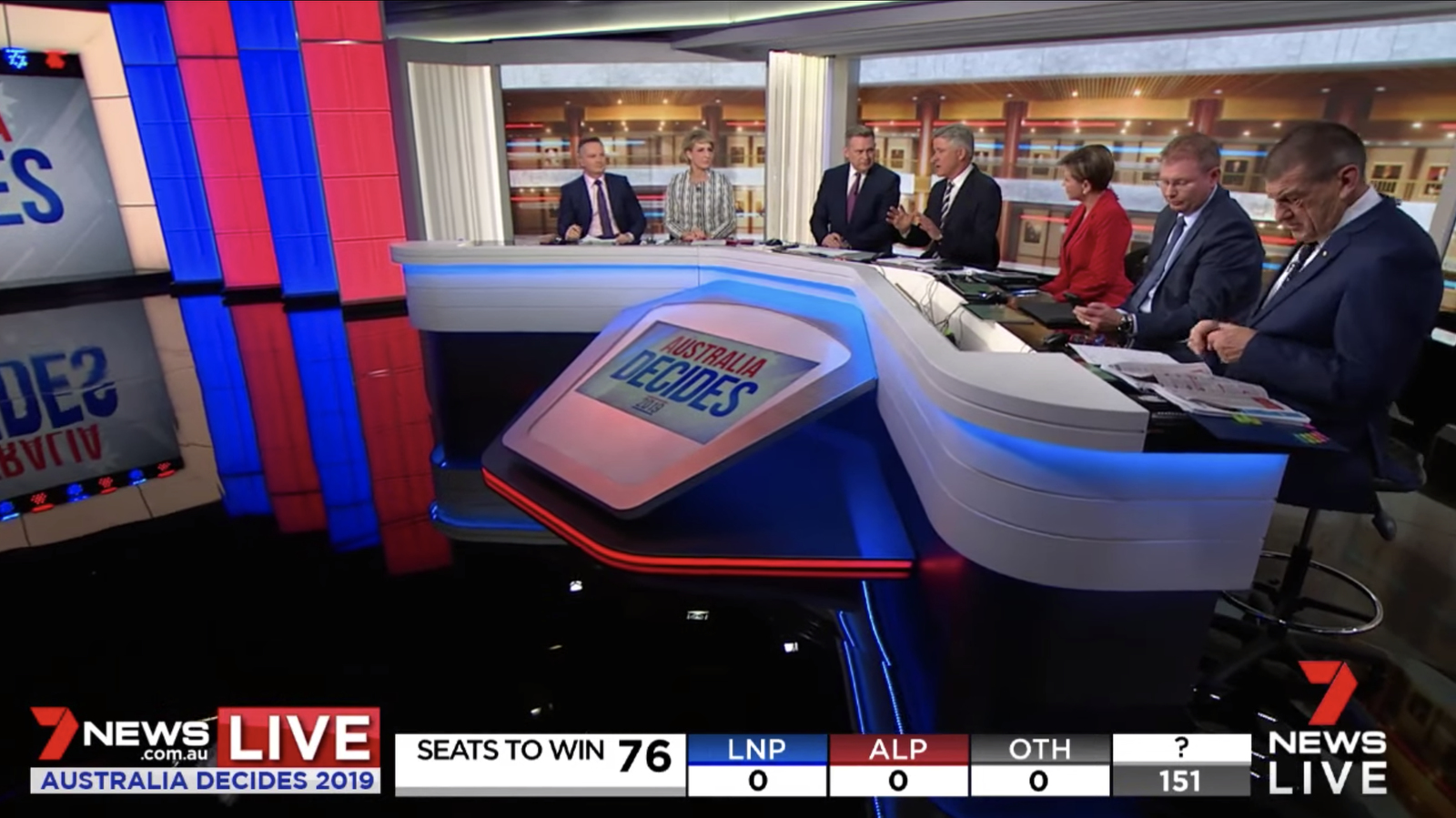 Normally the home of “Sunrise,” the studio’s other areas was also updated with election-themed lighting cues and backlighting. 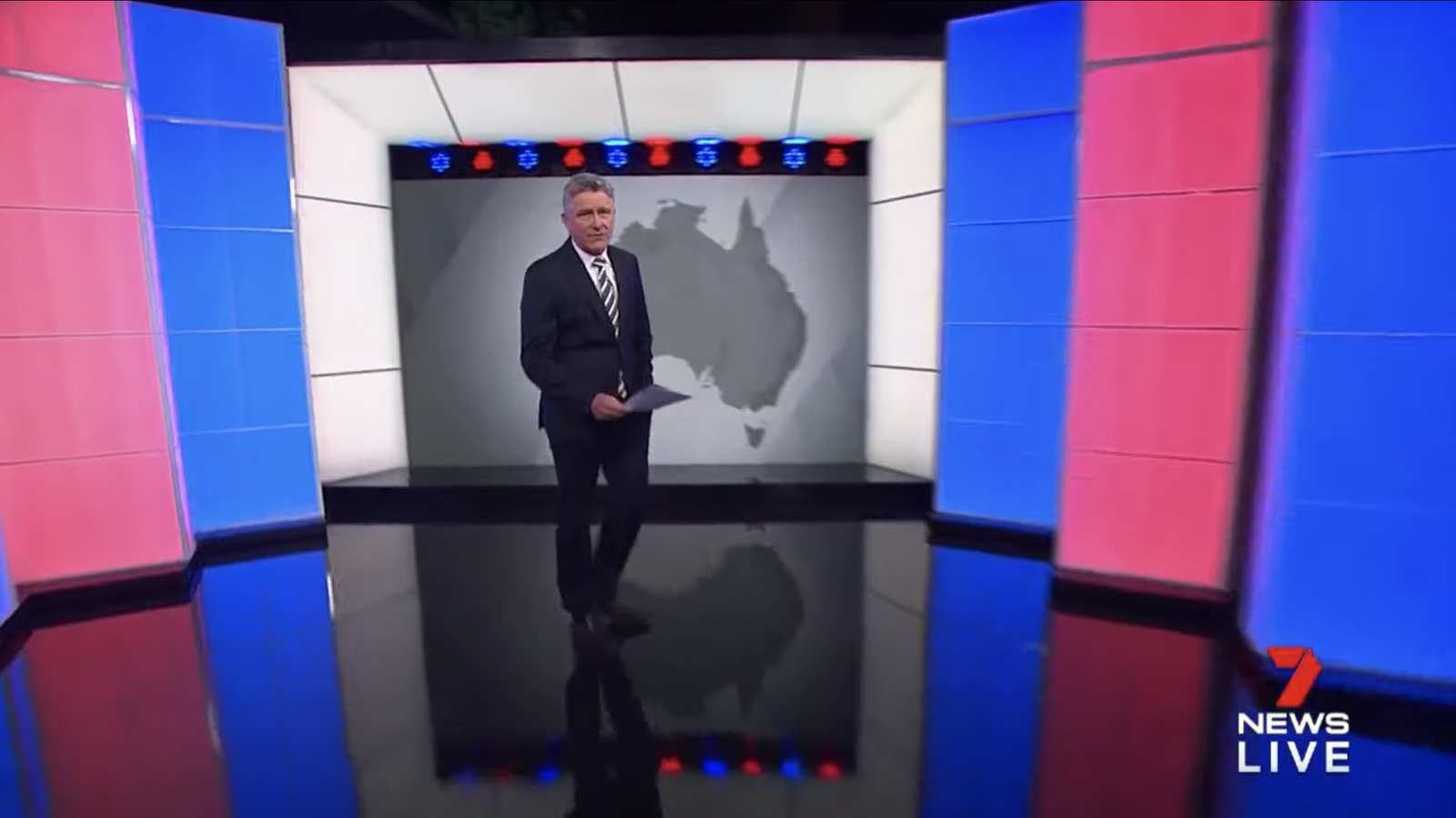 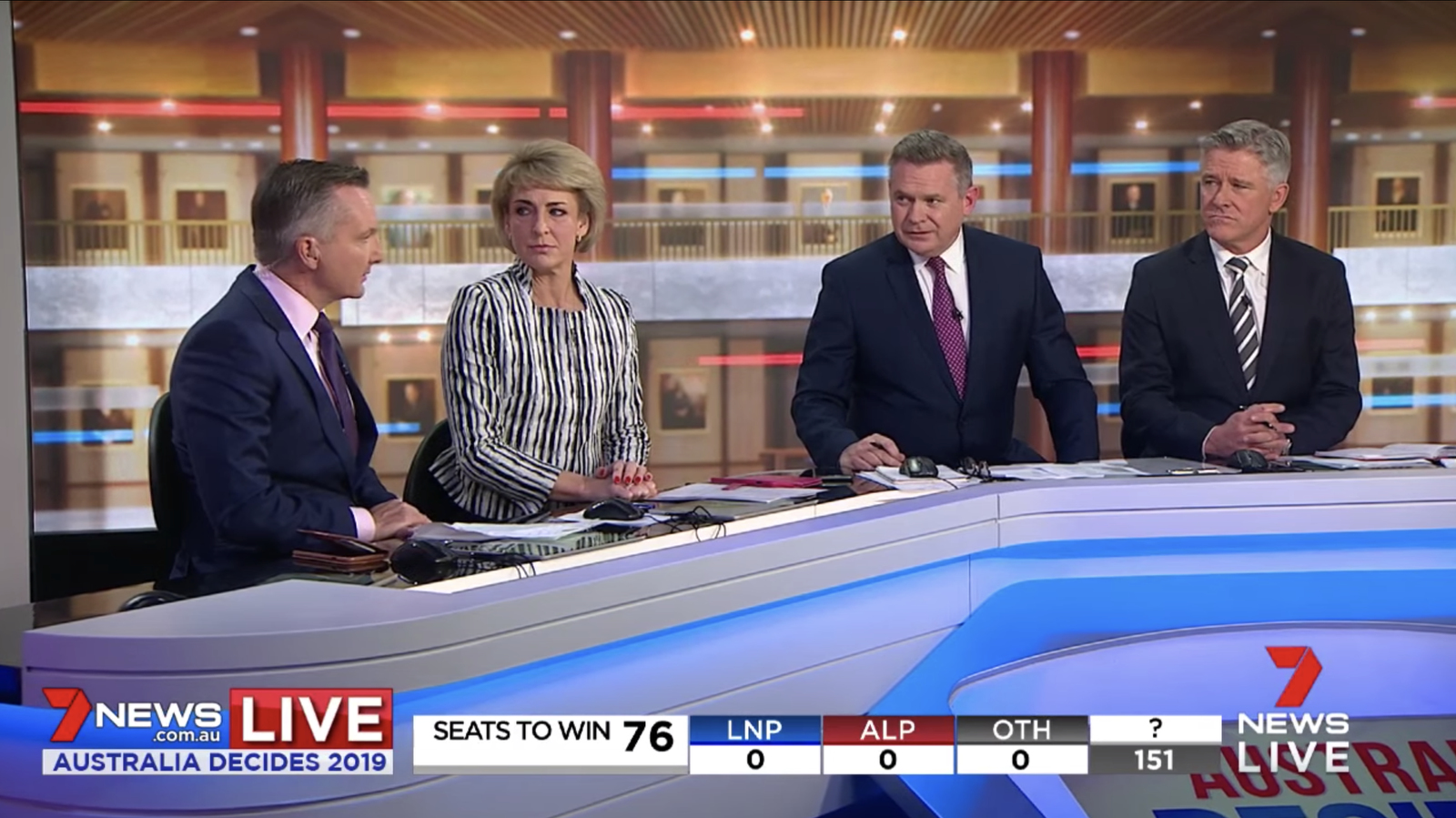