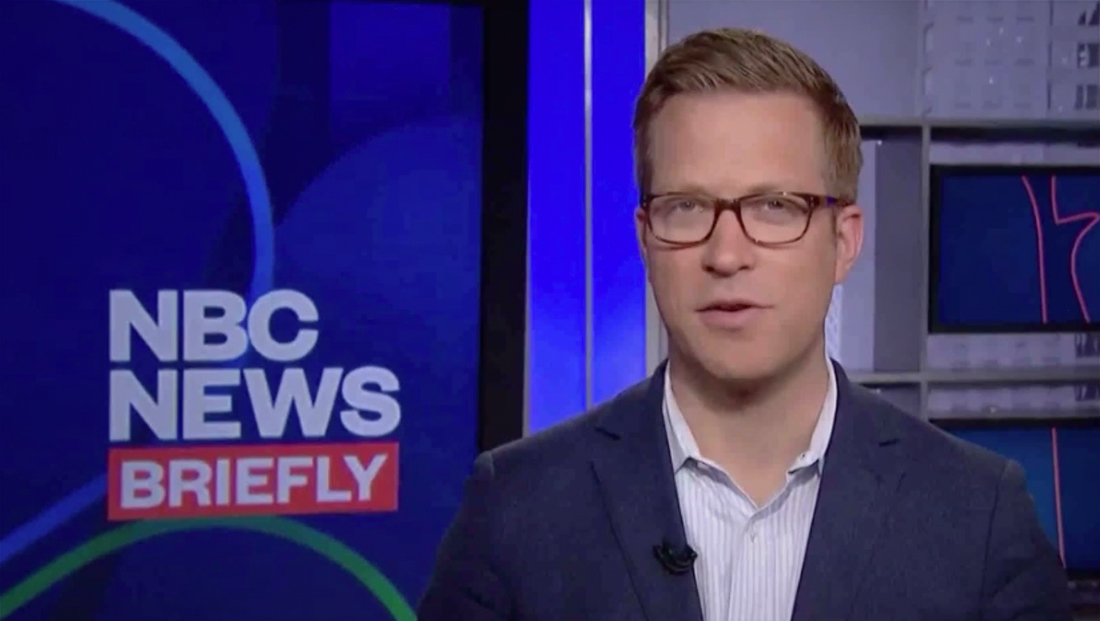 These smaller, flexible spaces include multiple “news nooks,” typically outfitted with a video panel backdrop and desk along with a fixed camera that could be used for remote guests across NBC properties — or rented out to other media outlets. 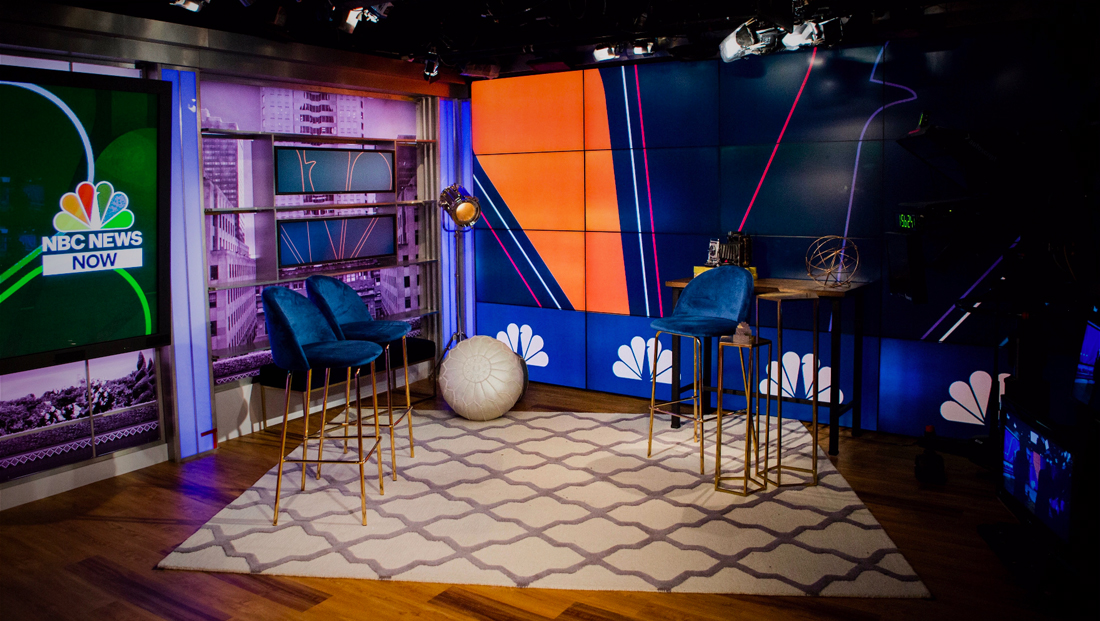 The space Now occupies is one of the larger spaces and has been used for a variety of programming in the past, including “Wake Up with Al” and as a temporary home for shows such as “Access.”

However, the space has been updated over the years, including the installation of a large floor-to-ceiling video wall in favor of the sliding panels that once occupied that span.

A video panel within this wall is commonly used as a sort of OTS element — prominently displaying the NBC News Now logo or NBC News Briefly logo during hourly news updates.

Meanwhile, the wide rectangular video panels on the right side display a blue-violet graphic with red outline of the NBC peacock, while the video wall shows an abstract interpretation of oversized peacock feathers is both solid shapes and outlines, while a row of peacocks along the bottom row of panels creates a sort of “digital knee wall.”

The space is also accented with trendy furniture that features gold accents — a current interior design trend — along with a searchlight fixture, accent tables and accessories that include an old-fashioned camera and gold globe sculpture.