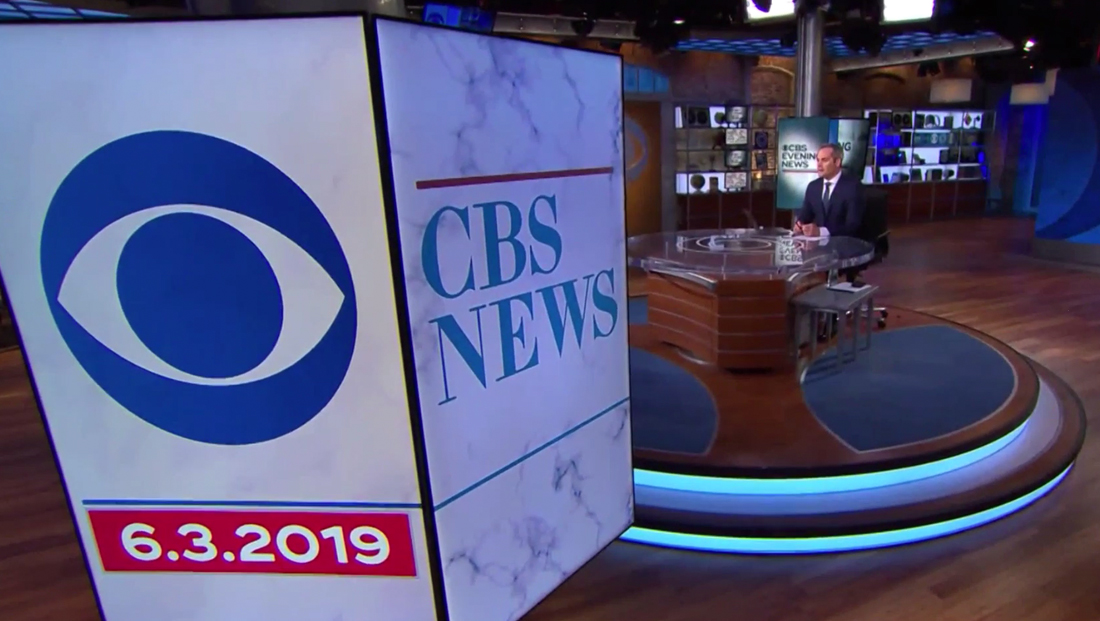 Despite not having a permanent full time anchor, “CBS Evening News” continues to tweak with how it shots its newscast.

CBS, which has been rotating through correspondents and other anchors to fill in on “Evening News” until Norah O’Donnell takes over the newscast permanently, began shooting the top story of its broadcasts with anchors seated at Studio 57’s central anchor desk with the seamless video wall behind it.

The desk is also used for “CBS This Morning.”

Previously, the network was mainly starting the newscast with the anchor standing in one corner of the studio.

This shot used the seamless video wall as a sort of “accent” wall, but the network used another array to show topical graphics for the top story.

In its quick pre-tease greeting, anchors still standing to one side of the seamless video wall with the logo “column” it added back when Jeff Glor was still anchor.