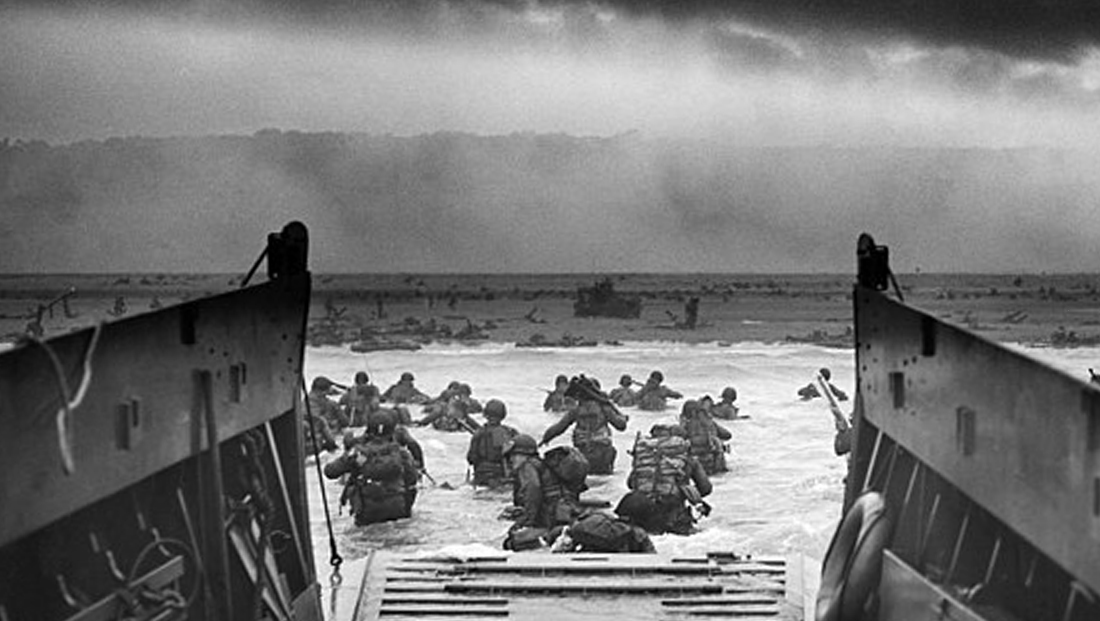 Thursday, June 6, 2019, will mark the 75th anniversary of World War II’s Allied invasion of Normandy in Operation Overlord — commonly known as D-Day — and networks are planning special coverage to mark the event.

With over 156,000 allied troops taking part the invasion that stretched across five sections of beach, D-Day marked the beginning of the liberation of German occupied France.

All told, an estimated 10,000 allied casualties were recorded with an estimated 4,000-plus killed. The operation was the largest seaborne assault in modern military history.

The invasion was also featured in the opening of the blockbuster film “Saving Private Ryan.” 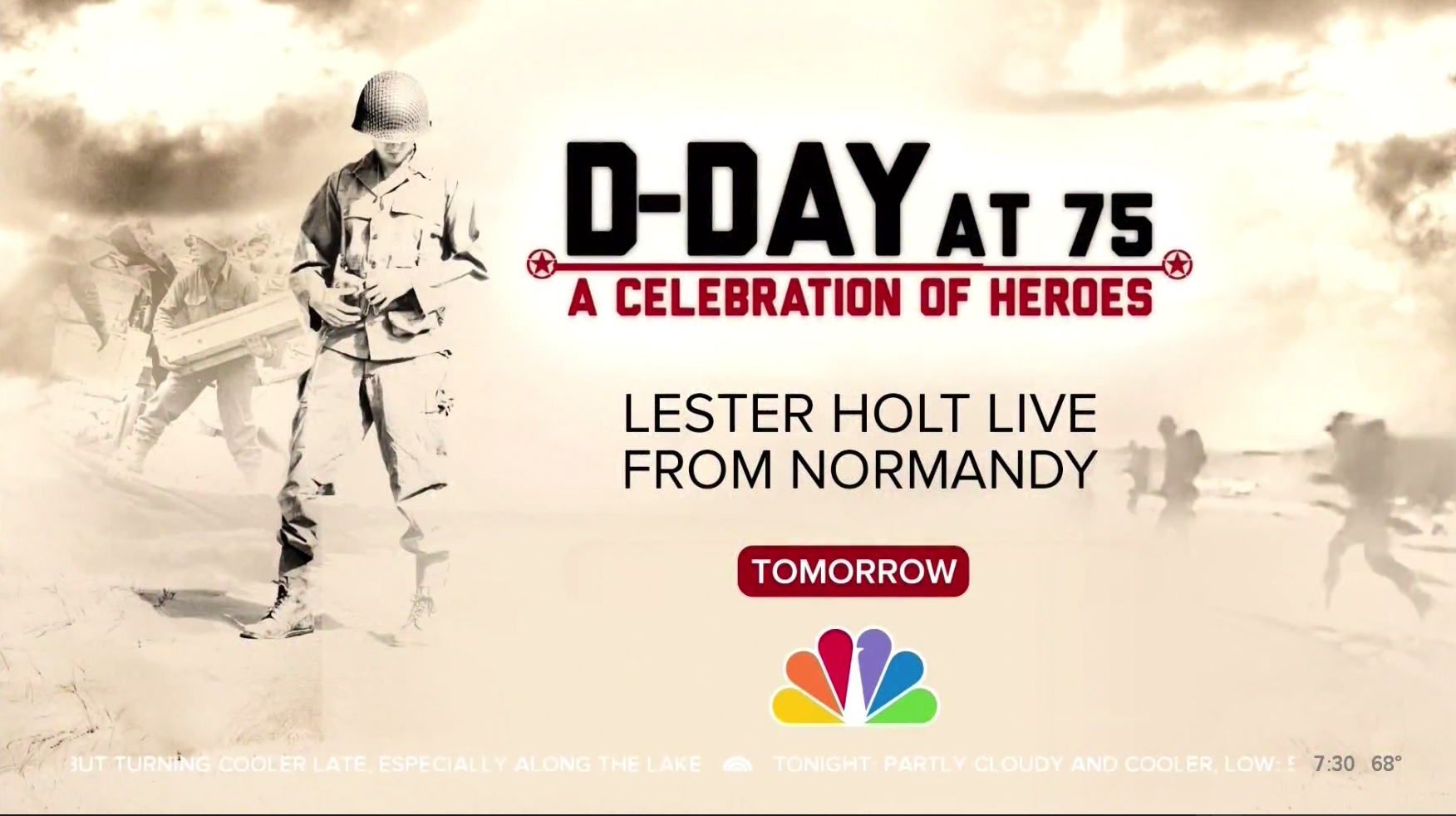 NBC News is sending Lester Holt, taking a jump to Normandy from London, where he anchored the June 4 edition of ‘NBC Nightly News.’ NBC’s graphics for the special coverage feature a bright tan look with black and white photography with solider staring solemnly at the ground. Titled ‘D-Day at 75: A celebration of heroes,’ the network has started airing coverage leading up to June 6. The logotype is set in a bold, blocky font with star accents. 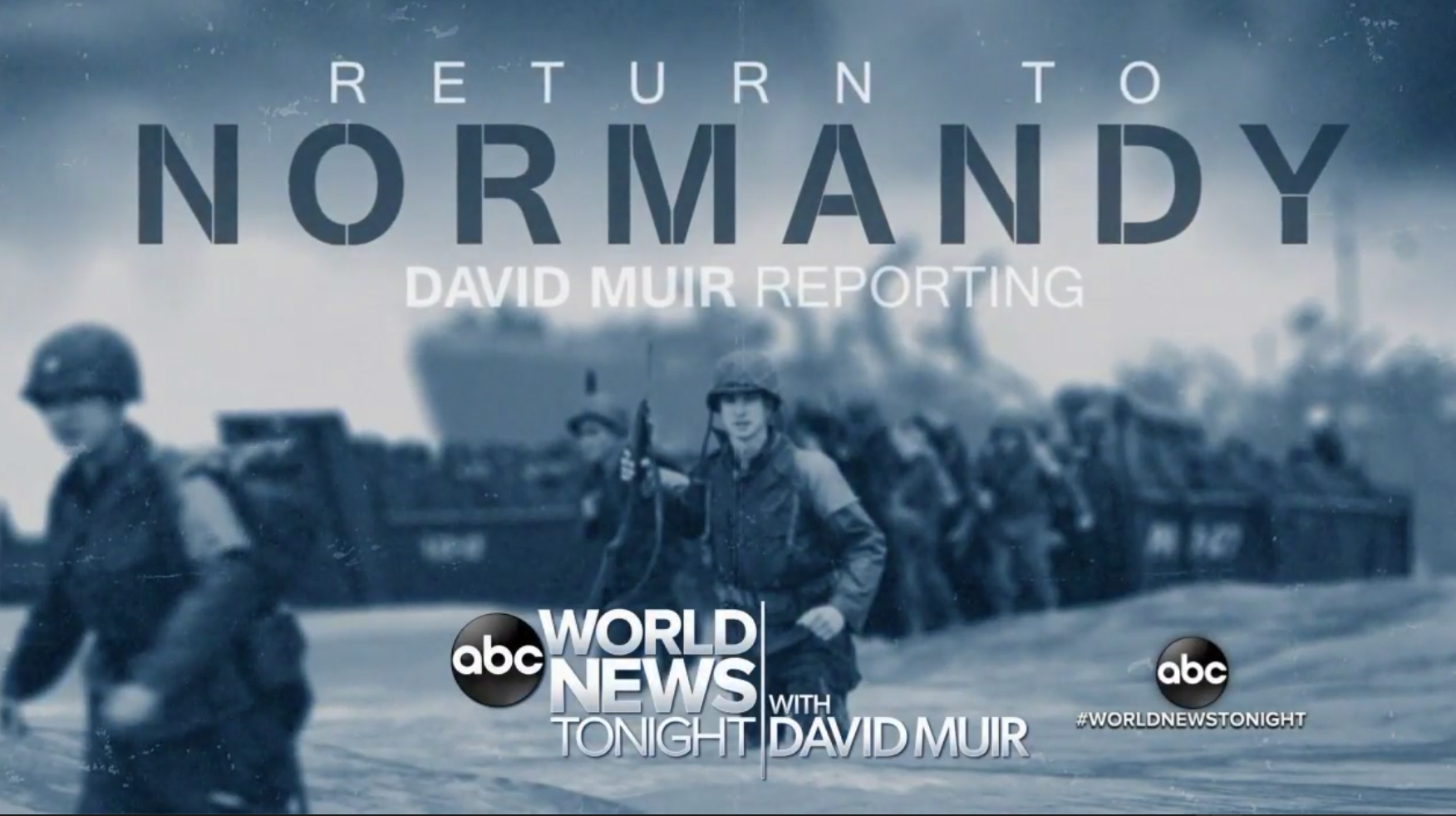 ABC News is using a blue tinted historical photo under the banner ‘Return to Normandy: David Muir Reporting.’ The word ‘Normandy’ is set in a stencil-style font. 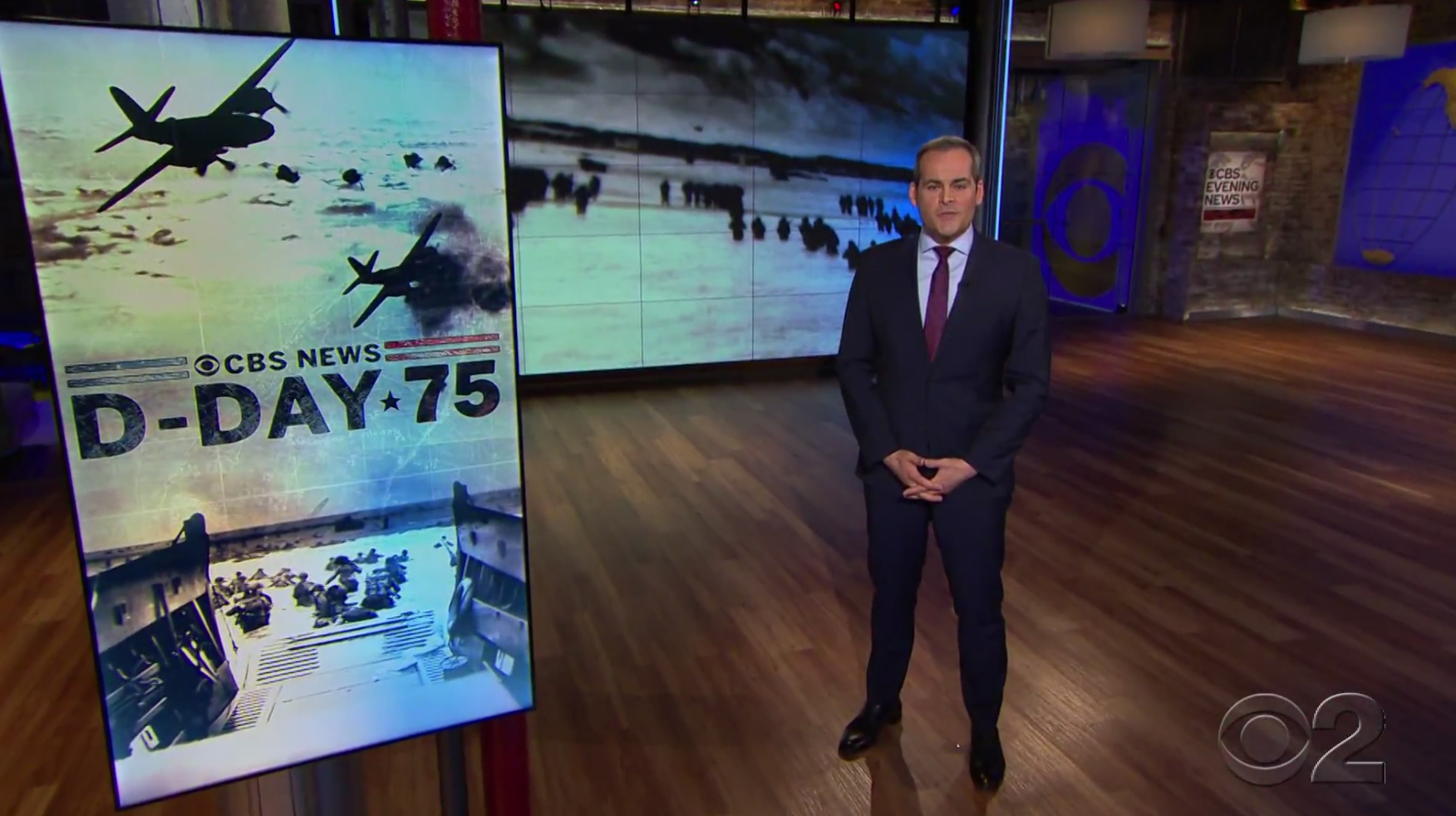 CBS News is using the straightforward ‘D-Day at 75’ name with a cropped version of the famous ‘Into the Jaws of Death’ photo by Robert F. Sargent below, fighter planes above and the outline of a map of France in the background. A wide, sans serif font with texture and two double bars — one red, one blue — appear atop ‘D-Day’ and ’75’ with a star separating them.