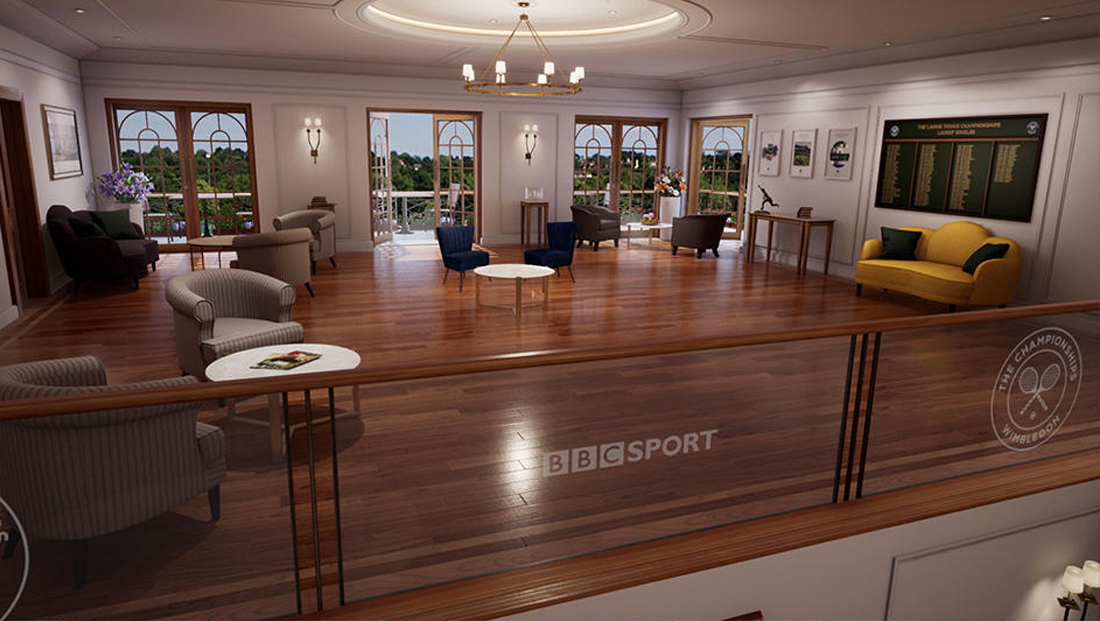 Inside the broadcast center at Wimbledon is a virtual interview set that lets multiple networks produce interviews that appear to be inside of an airy and stylish tennis club. 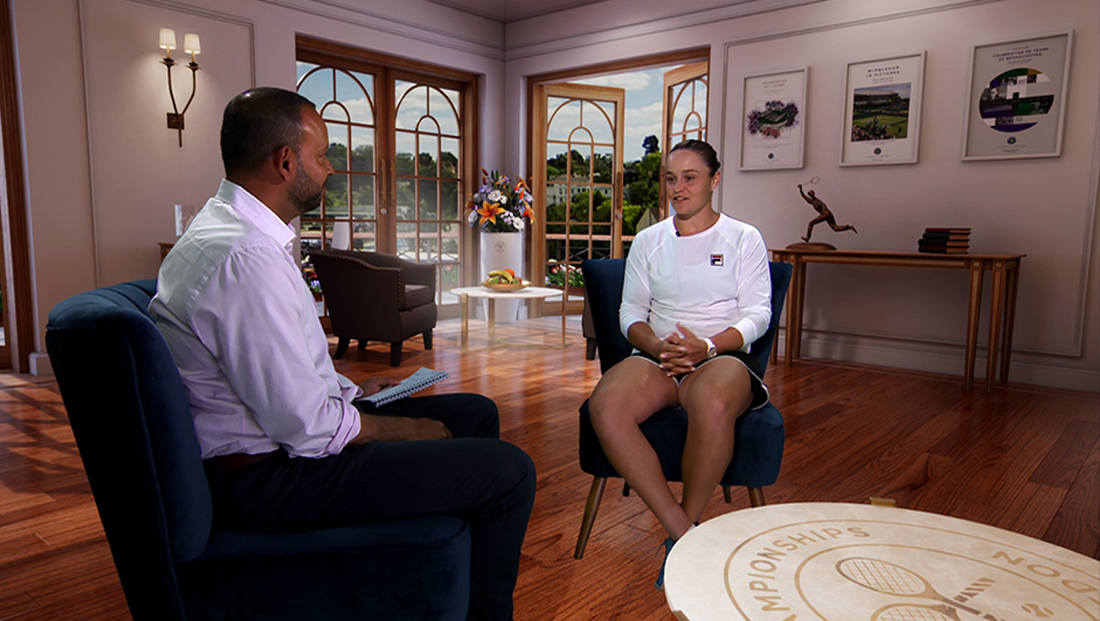 The virtual studio was designed by Moov and is powered by Unreal Engine for rendering and The Future Group’s Pixotope software. 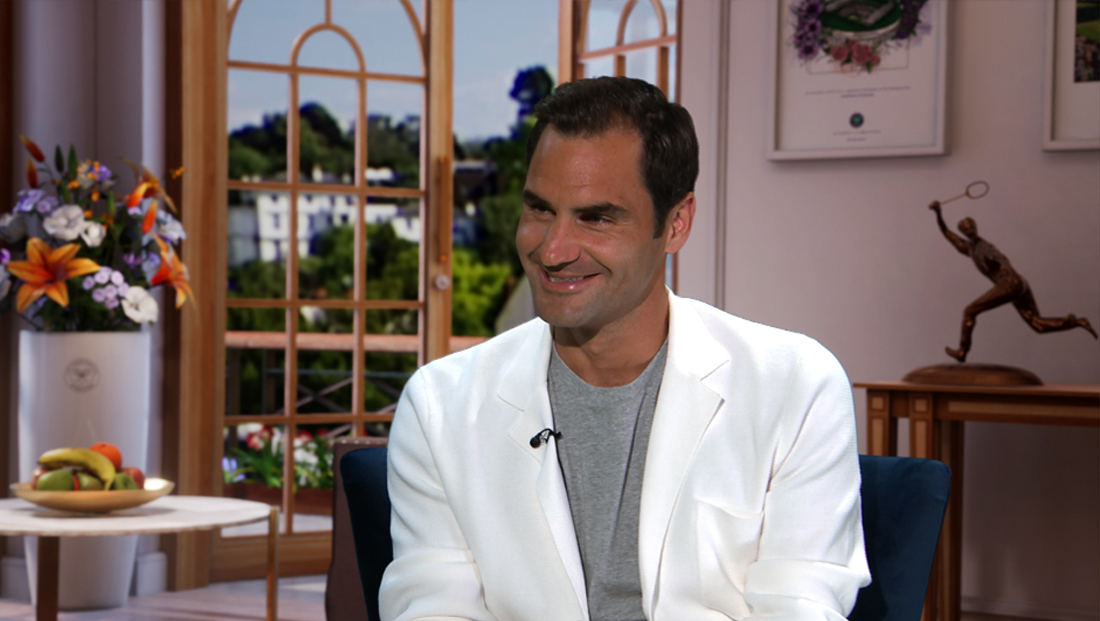 The virtual set is available to a variety of networks, including the BBC’s use shown here.

Elements, namely the logos on the frosted glass railing, can be swapped out as needed with just a few clicks. 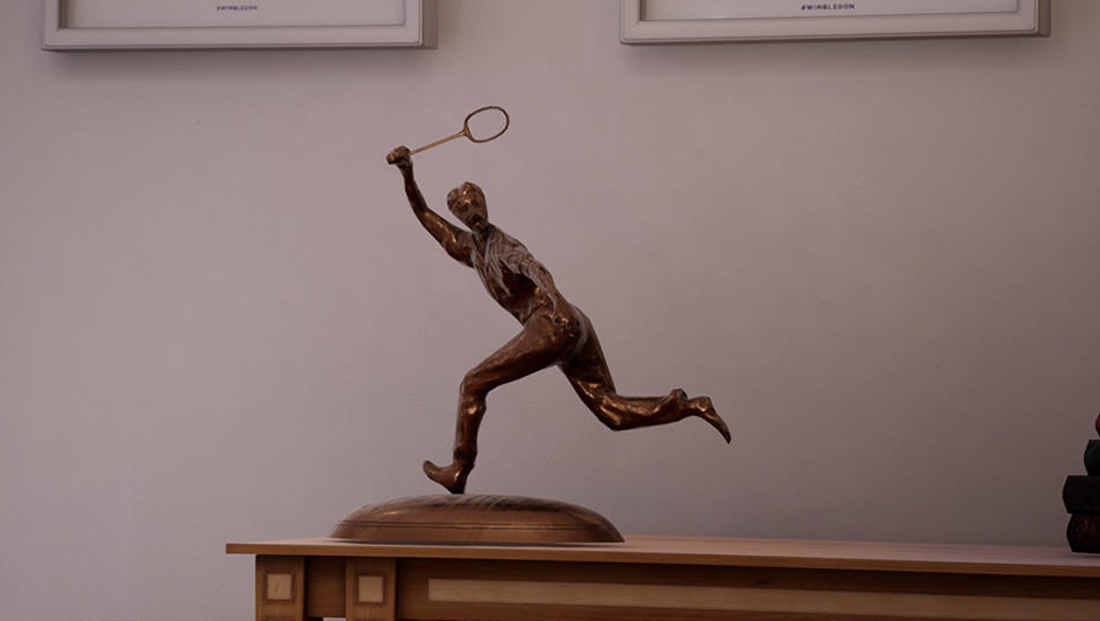 Moov has “decorated” the 3D space with a variety of tennis related items, including virtual posters and a small metal statue of a tennis player.