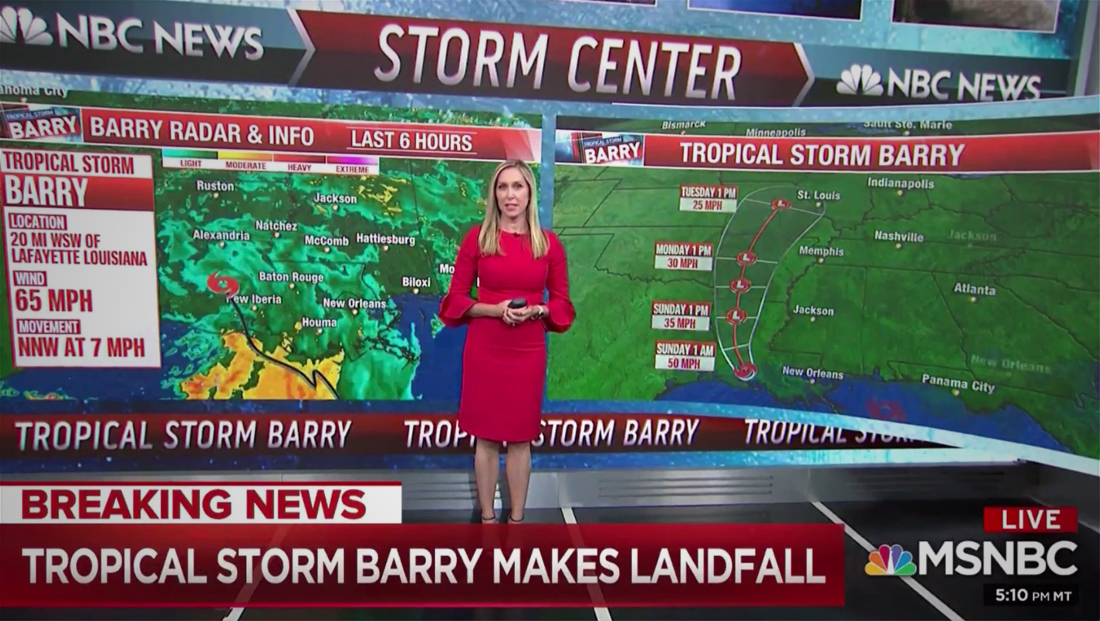 MSNBC turned the same part of Studio 3A that recently started being used for weather updates on “NBC Nightly News” into a “Storm Center” for Tropical Storm Barry on Saturday, July 13, 2019.

The area of Studio 3A was previously used on “NBC Nightly News” for storm coverage with red ribbons featuring the branding “NBC News Weather” and the “Nightly” logo.

Over the weekend, with Tropical Storm (and briefly Hurricane) Barry still bearing down on the gulf, NBC News used a similar layout in this area but with “Storm Center” branding that matches the network’s blue, gray and red storm branding.

The references to “NBC News,” as opposed to just MSNBC, remained.

Three weather maps were displayed on the lower portion of the video wall and the curved ribbon segment that wraps around the area.

During portions of the segment, the “PoliticsNation” branding was visible on the stacked video panels that separate this area from the main MSNBC video wall corner.

“PoliticsNation” follows the live rolling news coverage the network was airing at the time the weather center was used.