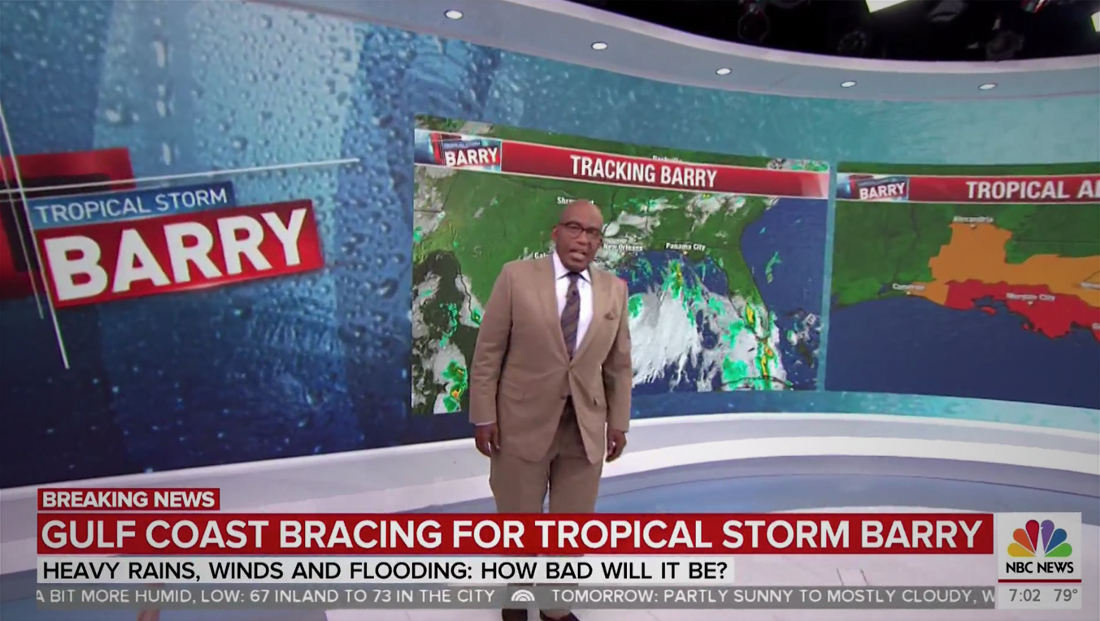 Another hurricane season has started — and NBC News brought back the branding it’s used in the past even as Barry was, at the time at least, still a tropical storm.

On “NBC Nightly News” July 11, 2019, anchor Lester Holt was shown on set with a video wall graphic behind him before the control room cut to a handheld walk and wander and video on video shot from the MSNBC side of Studio 3A using the same look it’s used for weather coverage in the past when Al Roker was joined the newscast.

Next, the control room cut to a low, wide shot of the video “tower” installed in the “Nightly” side of 3A, which was displaying similar bold red bands with the show logo and oversized satellite imagery while key points were inserted over it on the video panels.

The next morning on “Today,” Al Roker was in studio and used 1A’s large, 40 foot video wall to showcase his coverage, as he’s done before.

This template can be edited to change not only the name of the storm but also whether it’s labeled as a tropical storm, hurricane or, in some cases, some other word such as “tracking.”