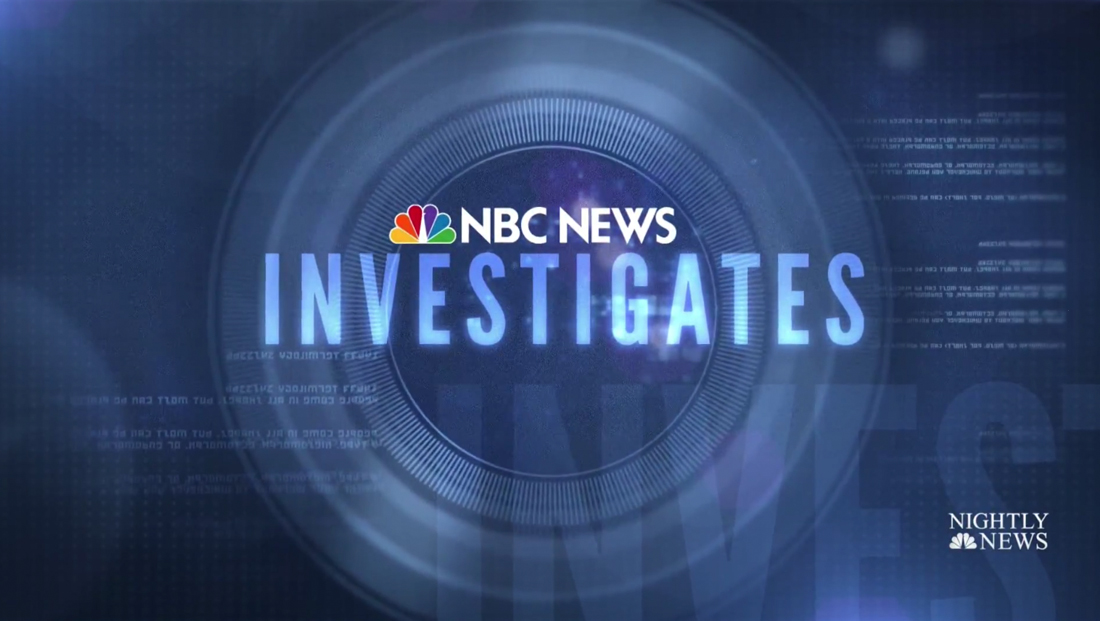 NBC News has updated the stinger used to introduce segments in its “Investigates” franchise.

‘Nightly News’ gets more cohesive with its ‘Investigates’ branding

The look replaces the design the network has been using for some time now.

In the new stinger, the basic background elements remain the same, though some of the transparency boxes are gone.

The design also eschews the peacock logo placed inside of a “target” icon — instead switching to the official NBC News logotype.

Below that, “Investigates” is no longer in the Helvetica font — instead switching to Founders Grotesk typeface used on many NBC News properties.

Despite the updated stinger, the flag added to the top of the broadcast’s lower thirds still use the old logotype and elements as of July 18, 2019.