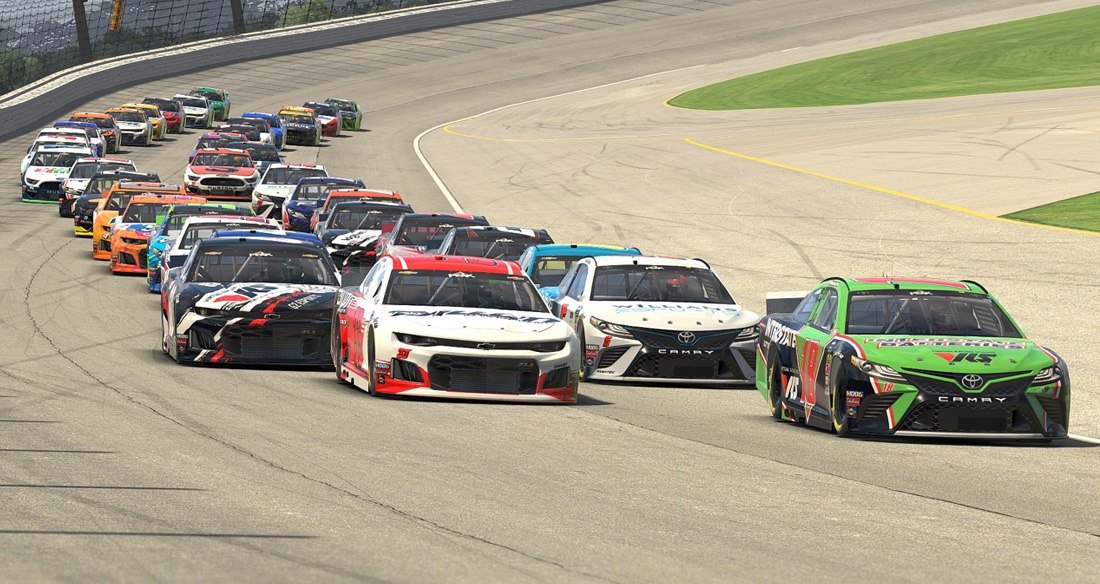 NBC Sports will air four NASCAR eSports telecasts this season, part of an expansion of the group’s motorsports coverage.

The eNASCAR iRacing All-Star Event will be the first featured under the agreement, airing this Thursday, July 25, during “NASCAR America” on NBCSN.

“The trio of NBC Sports, iRacing and NASCAR has been terrific in wanting to work together to find new ways to bring current and new fans into the NASCAR scene,” says Jeff Behnke, VP of NASCAR Production at NBC Sports Group. “For five years, the simulator has been used on ‘NASCAR America’ to showcase tracks and racers around the USA and this new four race venture will be a natural extension of that teamwork.”

Krista Voda, Parker Kligerman, and AJ Allmendinger will host the broadcast along with Steve Letarte and Jeff Burton.

Kligerman, Letarte and Burton also own team’s in iRacing, with Kligerman participating in the All-Star event on Thursday.

“This is a landmark moment for iRacing, and all racing esports,” said Tony Gardner, president, iRacing. “We’re incredibly excited to work with NASCAR and NBC Sports to bring our world-class simracers to a live national television audience for the first time on NBCSN. We expect the action to be intense, and we can’t wait for the green flag to drop this Thursday.”

“Our eNASCAR platforms bridge the gap from one race weekend to the next, delivering NASCAR-style racing to our fans through the rapidly growing esports space,” said Tim Clark, senior VP and chief digital officer, NASCAR. “This new collaboration with our partners at iRacing and NBC Sports is an example of how esports is allowing us to evolve the way we engage our fans.”

After the first All-Star event, iRacing will air on “NASCAR America” the last Thursday of every month.

While this is NBC’s first foray into airing NASCAR eSports, NASCAR and iRacing have worked to expand the sport’s presence the past few seasons with trackside activations and a regular professional series where drivers compete for prizes.