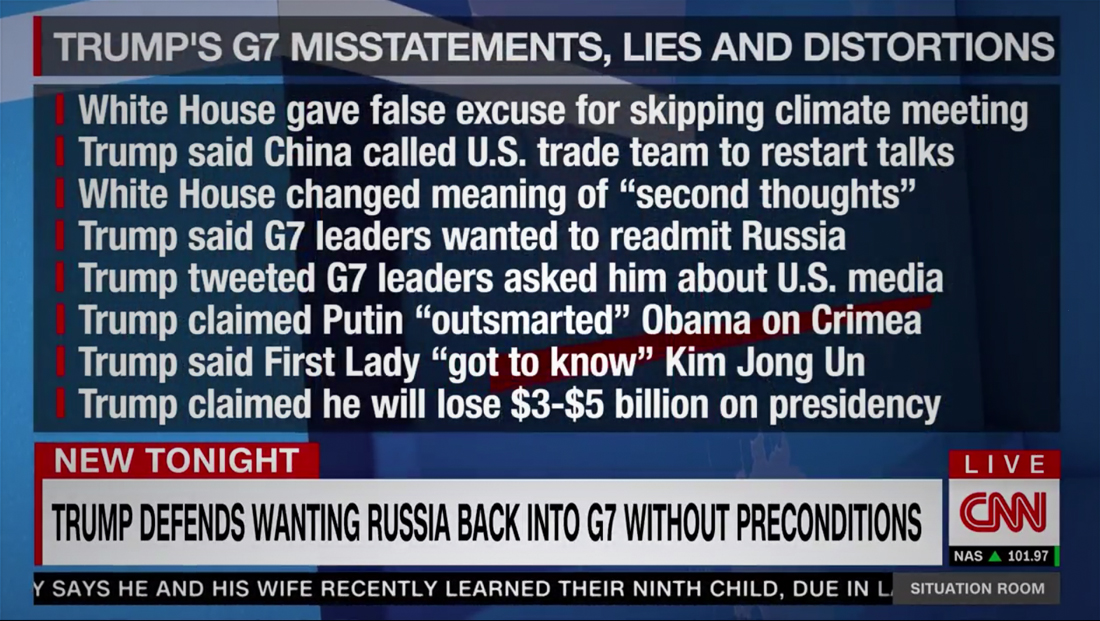 Accompanying the report was a fullscreen graphic cluttered with eight bullet points.

The result was a text-heavy graphic that was, likely on purpose, a bit overwhelming.

The total word count will rise even further if you include the ticker and other ancillary text appearing on the screen.

It was a bit disappointing that CNN didn’t leverage one of its many massive video walls to display the list — sort of like MSNBC anchor Nicholle Wallace’s “attack list” and Rachel Maddow’s “departure board” (that was dropped because it got too unwieldily).