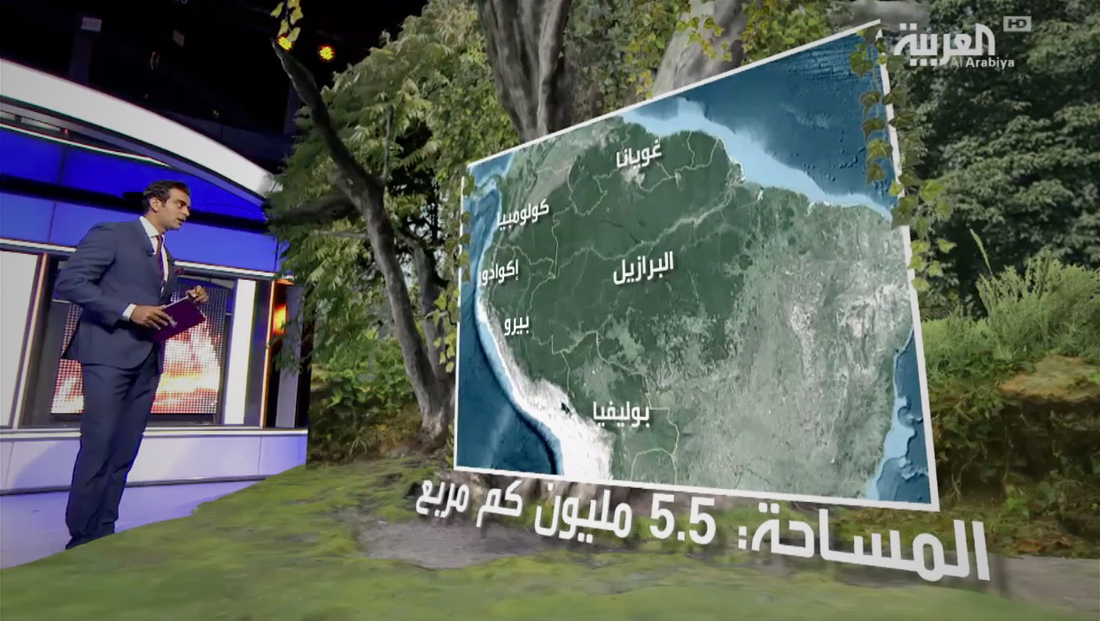 Al Arabiya brought the outside in during an augmented reality explainer about the fires in the Amazon rainforest.

The segment involved using the in-studio video wall as a “base” for a 3D augmented reality rainforest vegetation and floor that extended out from the wall and into the studio, with the presenter standing behind it as a map and key facts appeared “in” the forest.

The segment also used a more traditional view of a burning forest on the video wall surface with additional facts inserted.