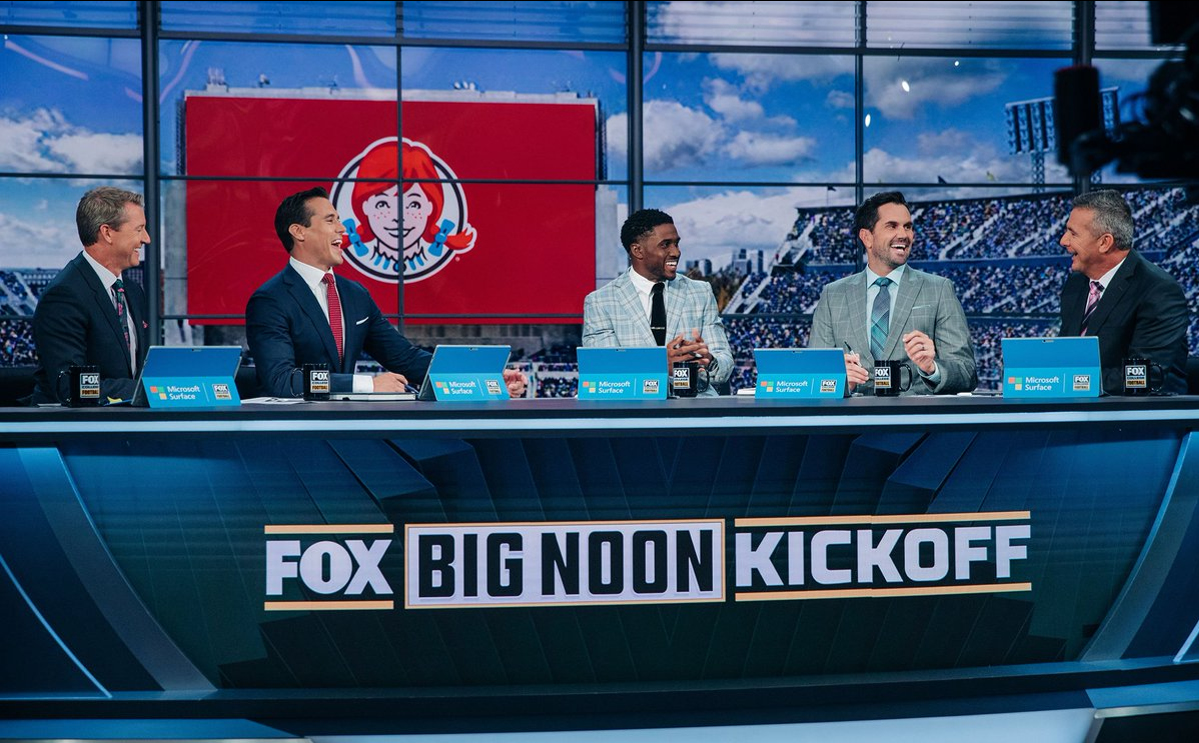 Fox’s “Big Noon Kickoff” began its season this past weekend ahead of Ohio State’s game against Florida Atlantic.

The show, which is part of the network’s larger repositioning of its game-of-the-week football coverage as “Big Noon Saturday,” includes a cast heavy on college football experience including Urban Meyer, Reggie Bush, Matt Leinart, Brady Quinn and Rob Stone as host.

The Big Lead notes the “the show has a lot of potential… but the relative inexperience of the team on TV was clear when they fell out of their flow, and the formal atmosphere didn’t help them recover there.”

The game following the show, however, did see an increase in ratings, up 91% over last season’s comparable game drawing a 2.1 in metered markets, making it the most-watched noon ET game on August 31, 2019.

The show’s look builds upon the broadcast design package Drive Studio delivered to Fox Sports in 2017 for college football coverage.

Known as “ultra-tek,” the look weaves together an abstract world of football textures, abstract geometrical elements and glowing colors that represent teams and conferences in a package that Drive describes captures the “loud and proud mindset of Fox Sports.” 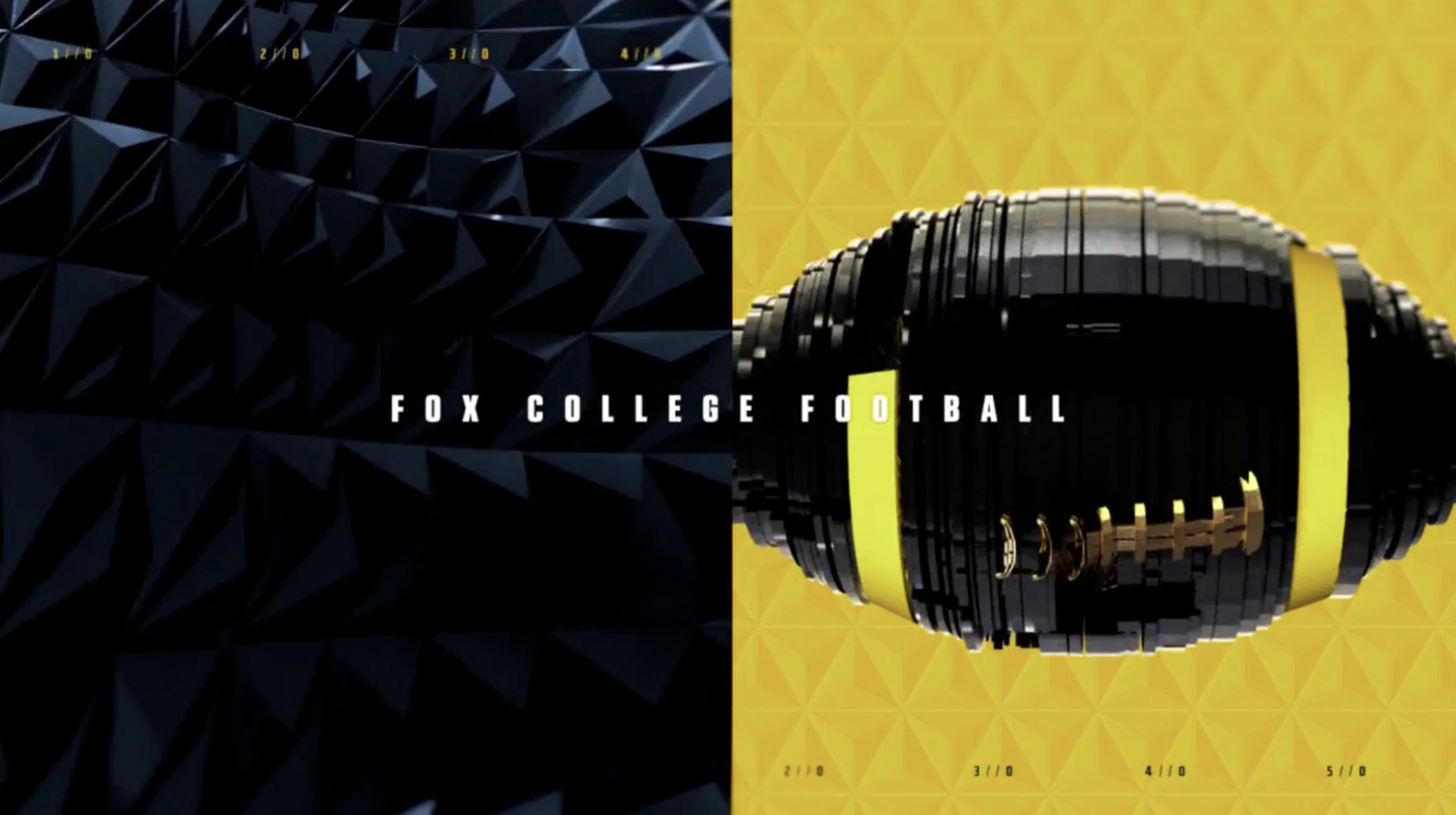 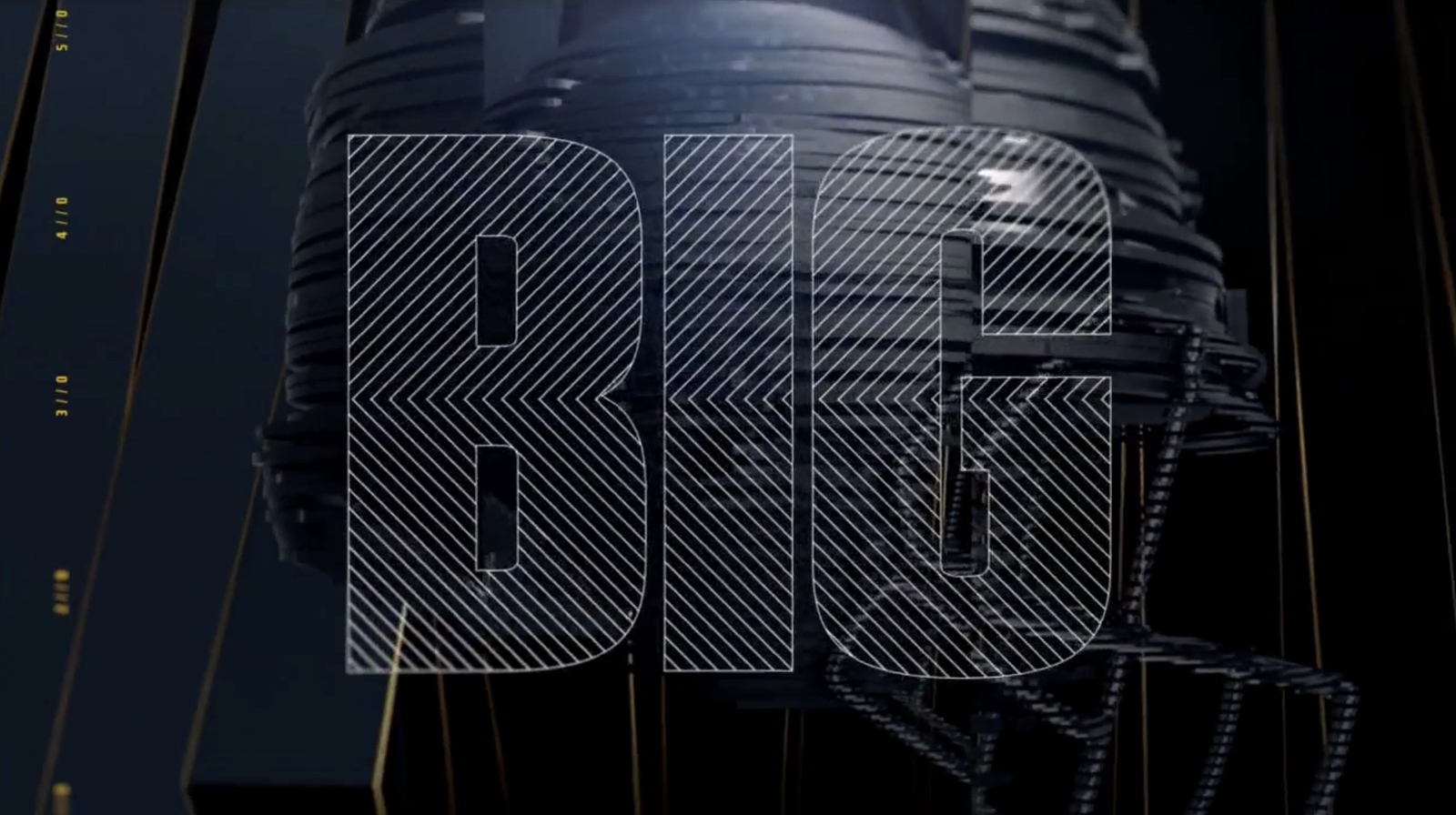 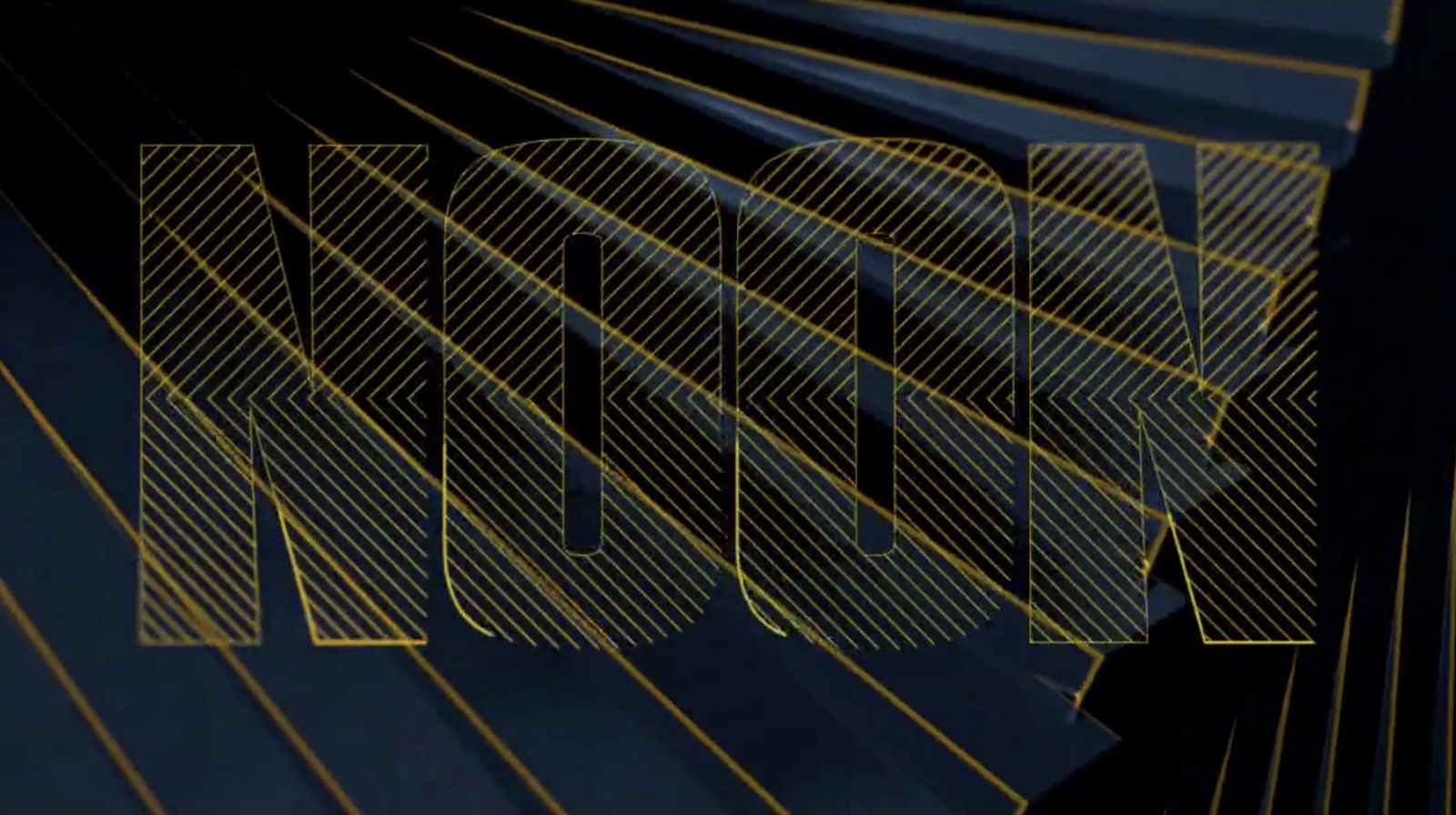 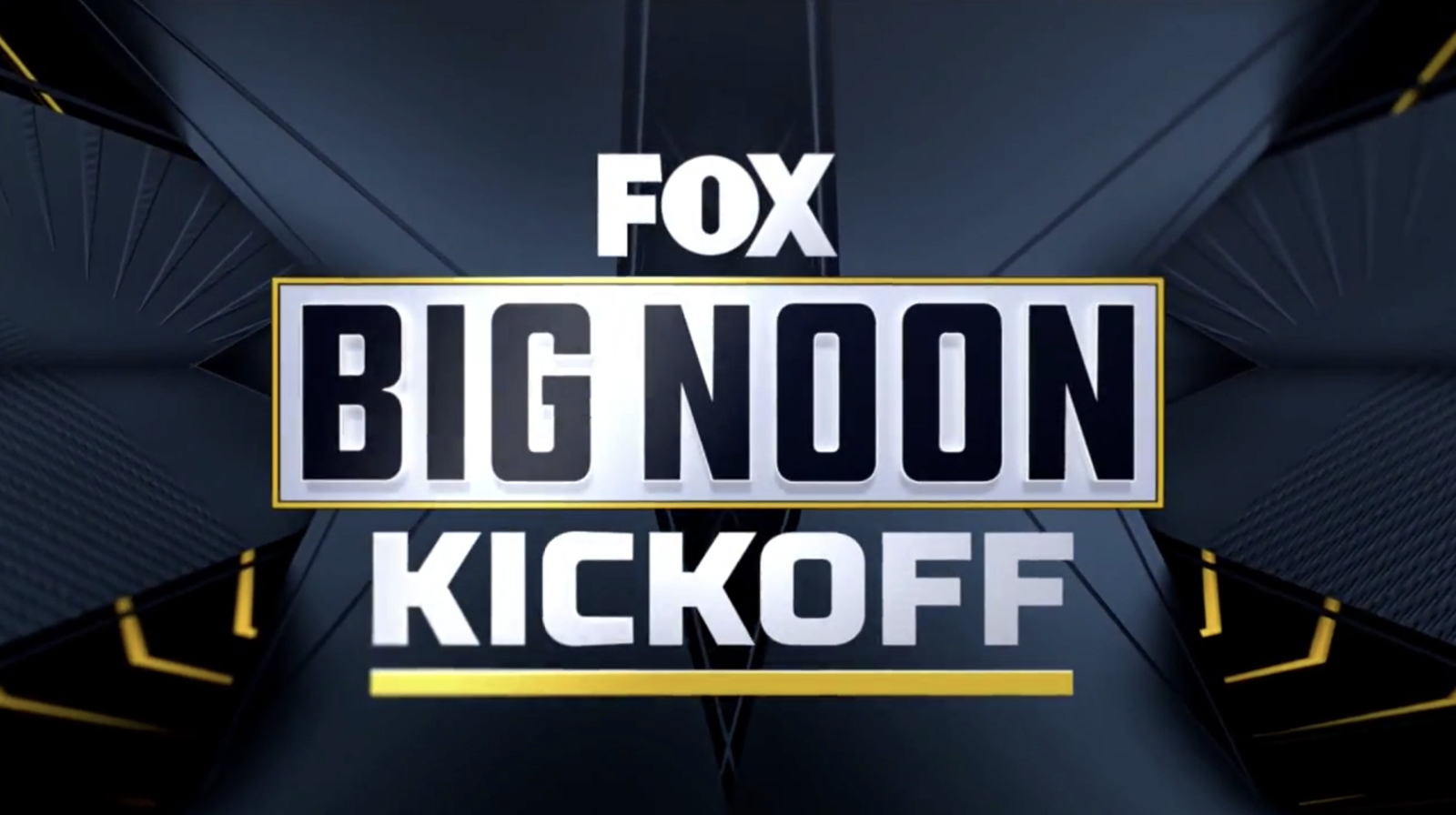 Studio A in Los Angeles was also tweaked for the show with a new desk and riser to comfortably fit the show’s talent and guests. 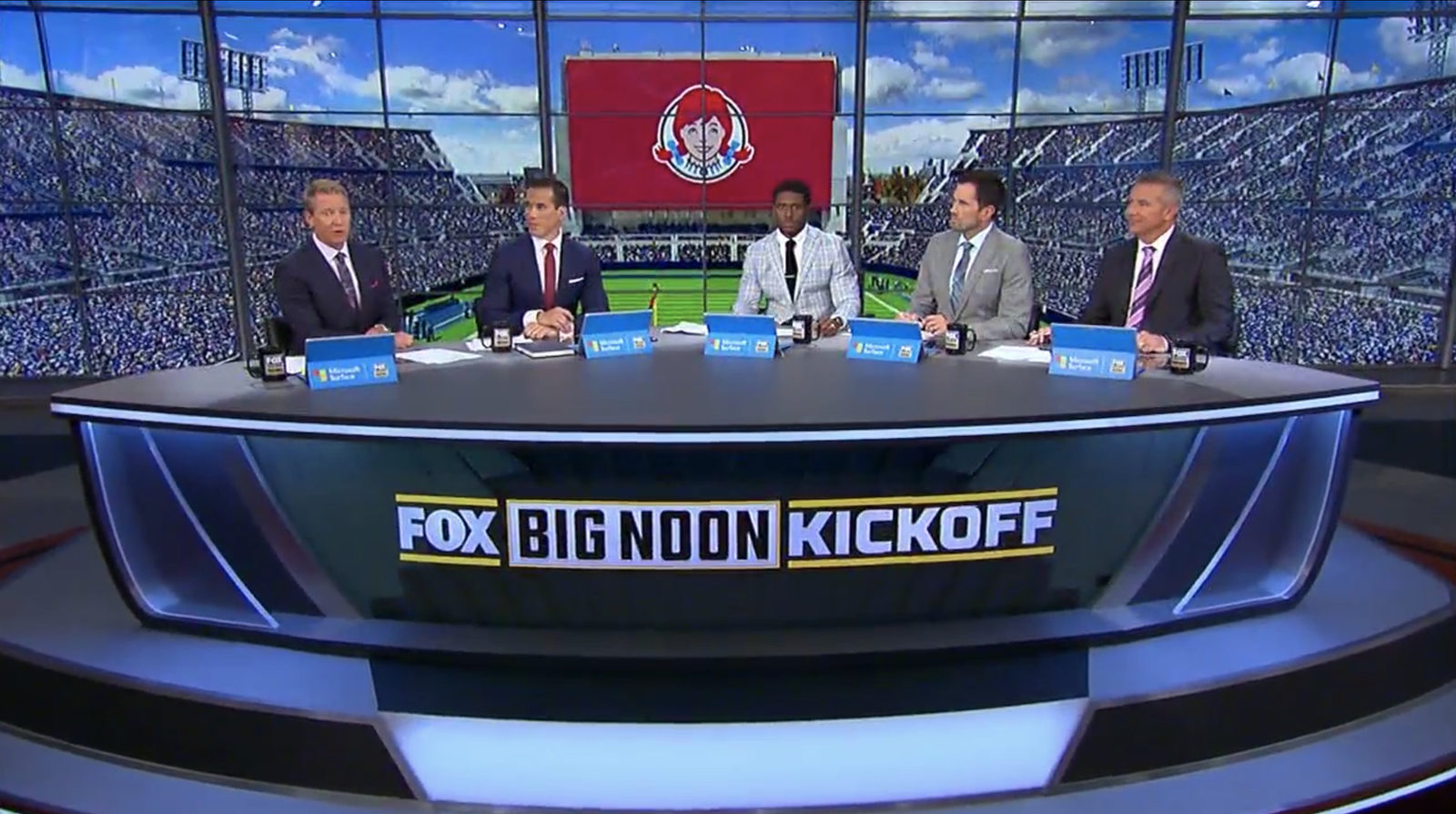 The desk, a collaboration between Fox and JHD Group, includes an LED display front with curved edge-lit acrylic elements and an illuminated riser.

On the debut episode, topical graphics about storylines were inserted into the desk LED along with show branding.