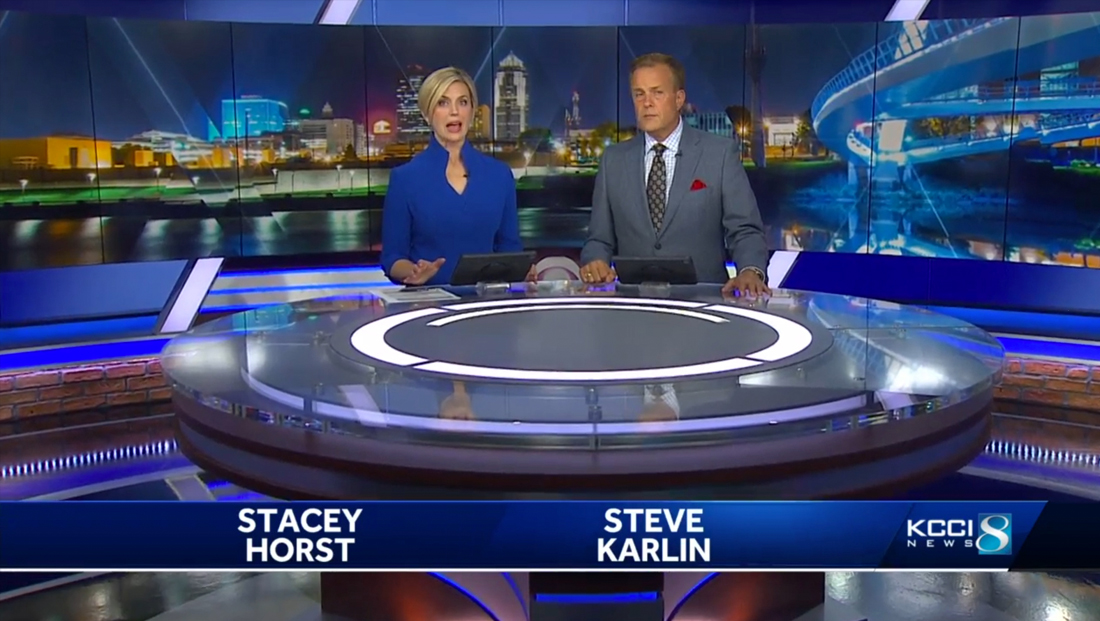 KCCI’s new look features a 9×1 video array behind the round anchor desk and incorporates multiple nods to its network affiliation with CBS — including a dimensional CBS eye installed camera center between the two anchor positions as well as framed logos and even a mini reproductions of the famous Walter Cronkite era map to the far left.

If the TV your looking to buy is out of stock blame our new set #wowzer pic.twitter.com/efYTcBBff1

In addition to the main video wall, a flexible standup areas includes two landscape mounted panels and the set features a 3×3 installation near the working weather center, which itself is stocked with a variety of monitors and a presentation pod with its own large screen. 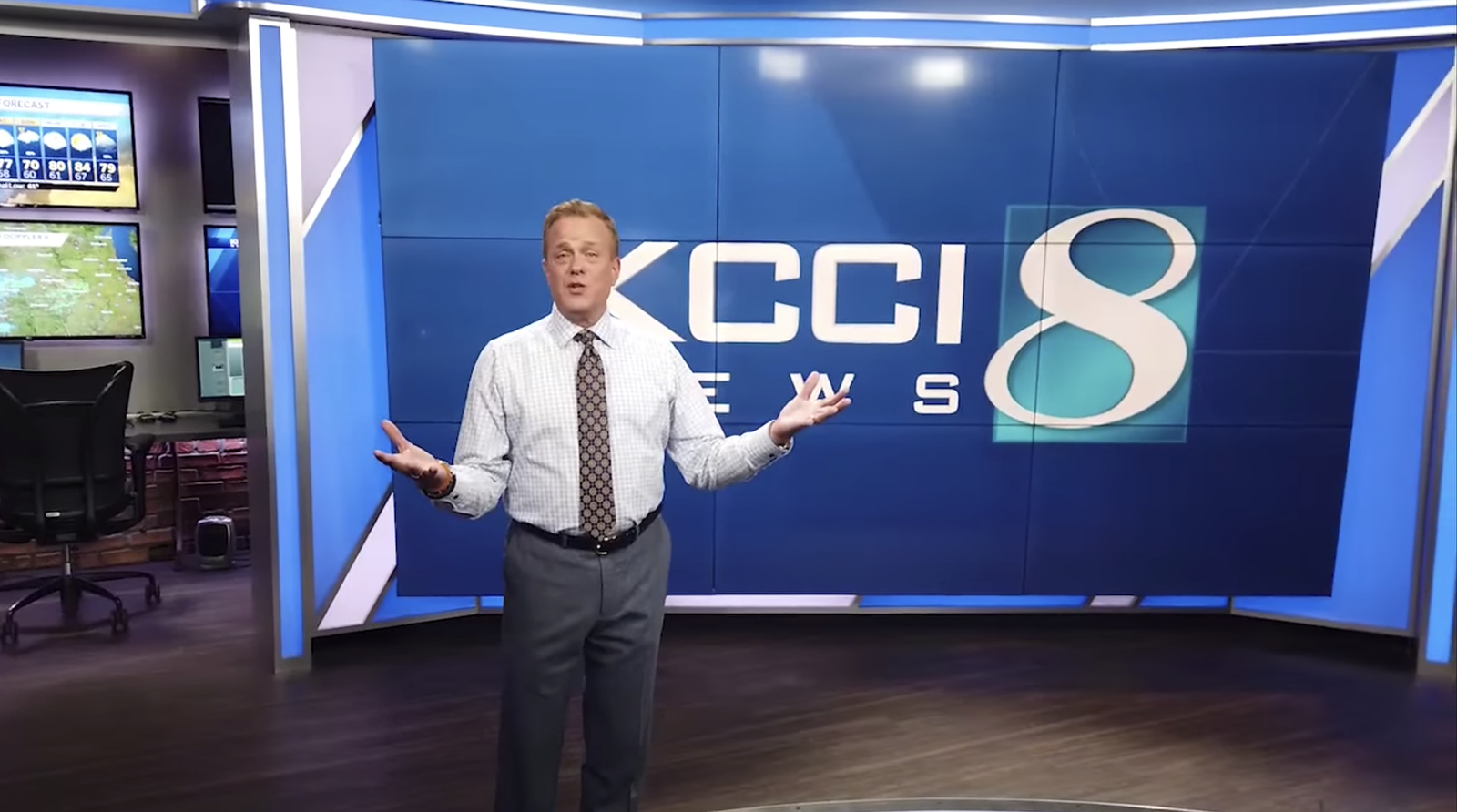 Primeview provided the display technology on the set.