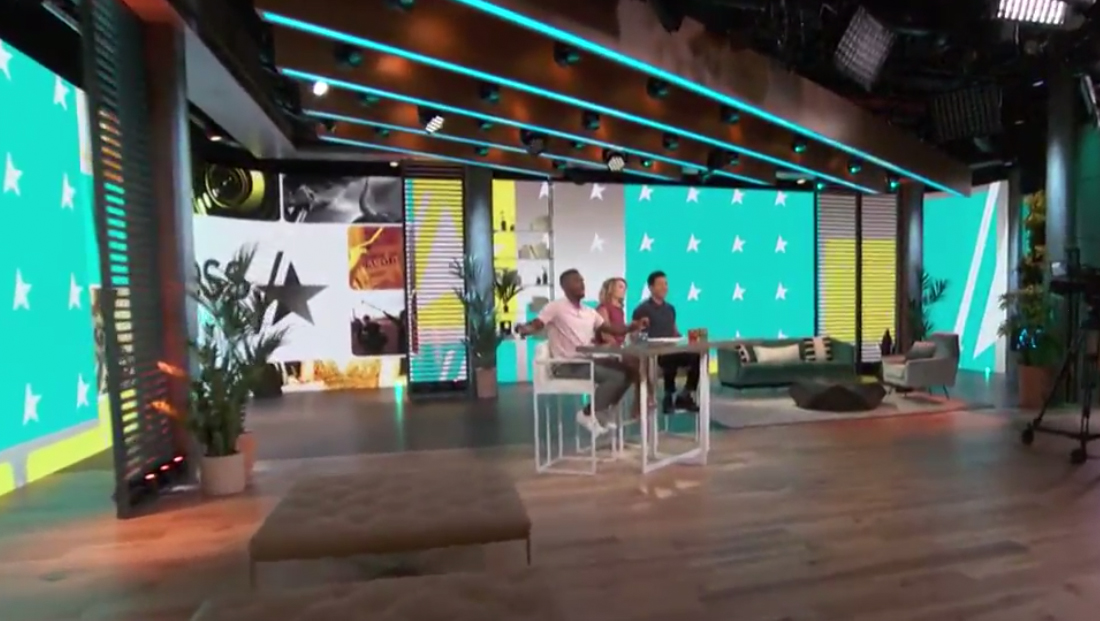 The show’s new studio is dominated by a 100-foot floor to ceiling LED video wall from Leyard that wraps around the studio and bold wood diagonal ceiling elements equipped with color-changing LEDs. JPConnelly created the design with lighting from Darren Langer. 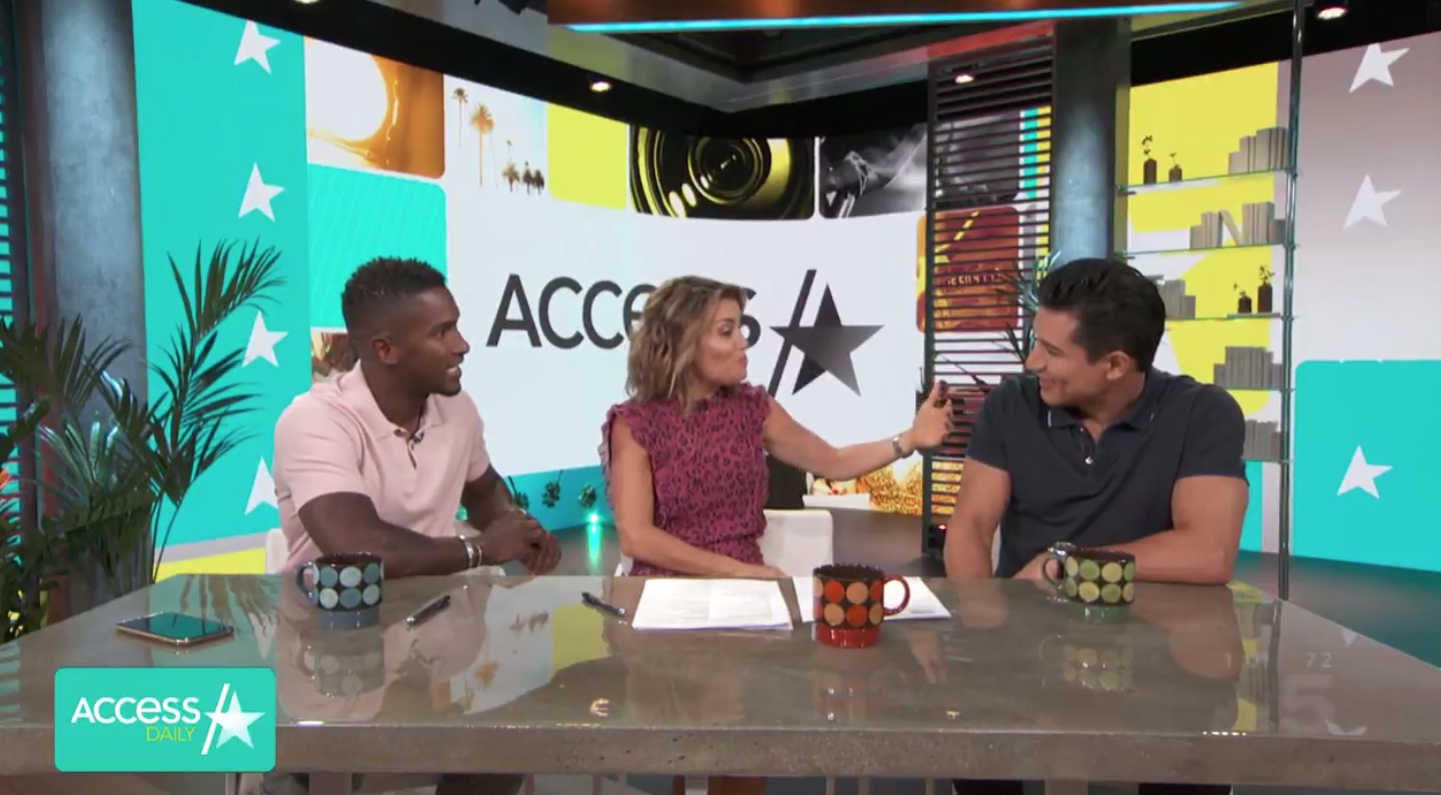 The show’s new home base features a heavy table positioned in the corner of the studio, while teal, white and yellow graphics are displayed behind Scott Evans, Kit Hoover and new co-host Mario Lopez. In addition to the show logo — rather awkwardly covered by Hoover — the video wall graphics include rectangular entertainment and Hollywood imagery with rounded corners and star accents borrowed from the show’s new logo. 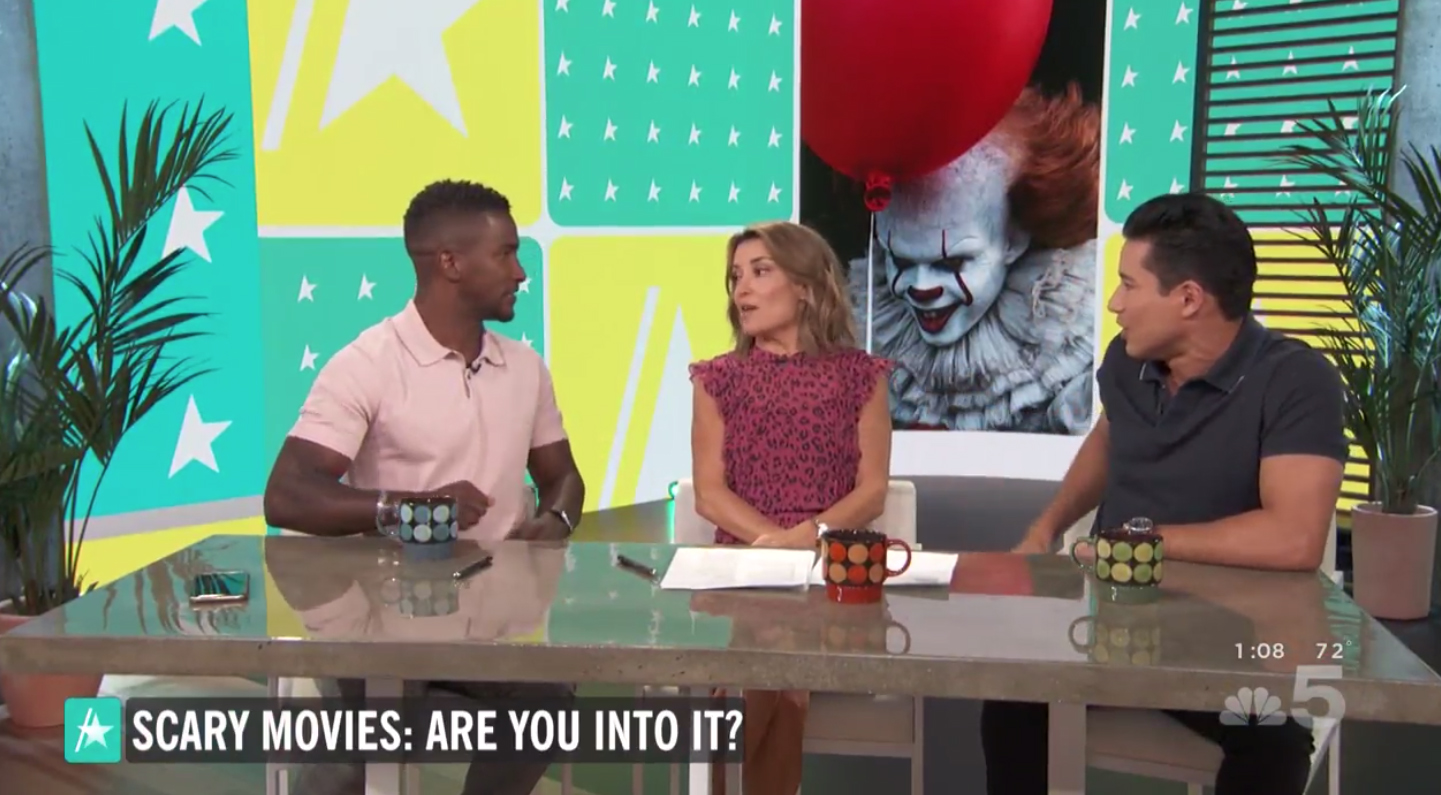 During the ‘host chat’ segment, topical images can be inserted behind the hosts — with the position better optimized for camera blocking. 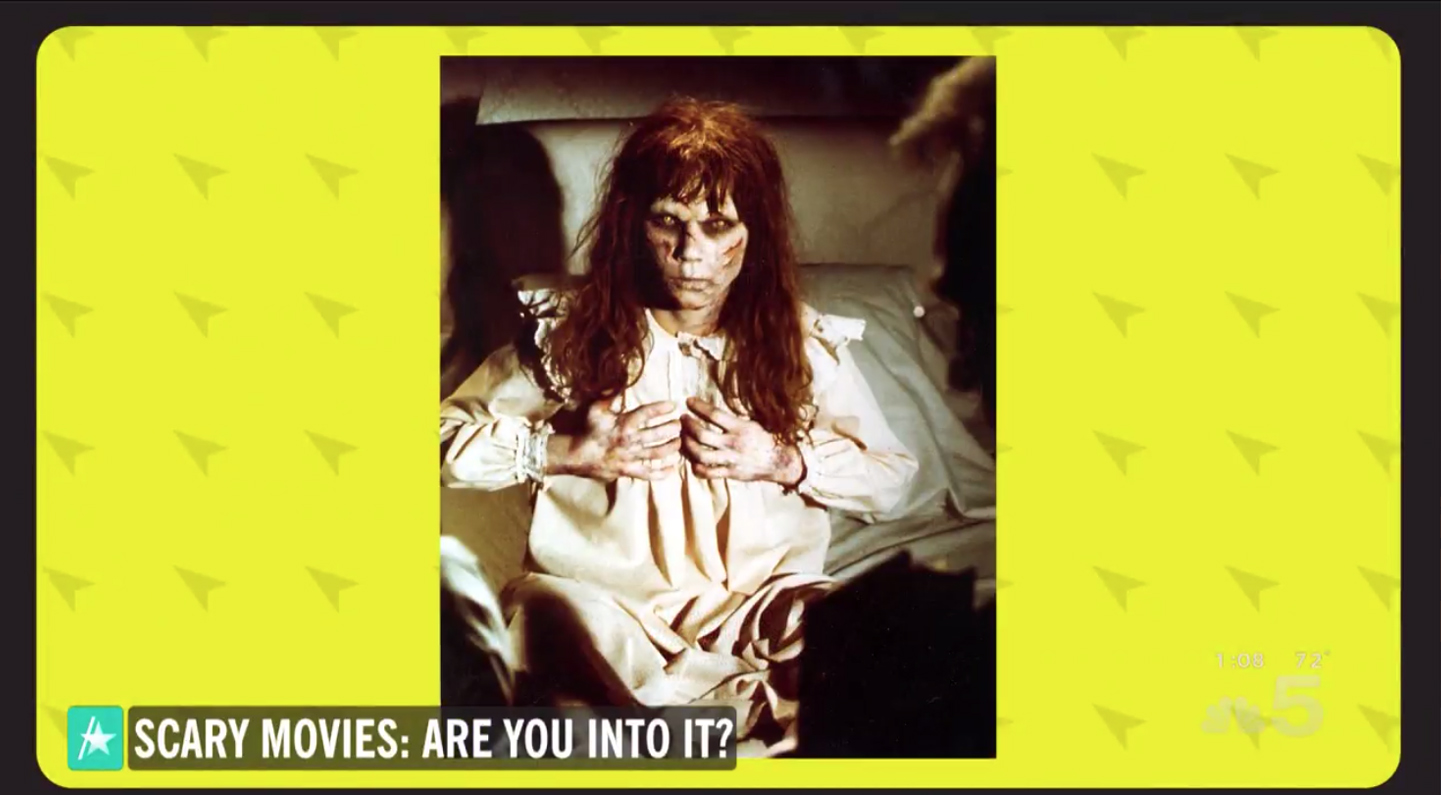 On many of the graphics, the star accent is ‘missing’ a point in many of these applications, but that shows up in other graphics as a background element that seems to suggest an arrow or even paper airplane. 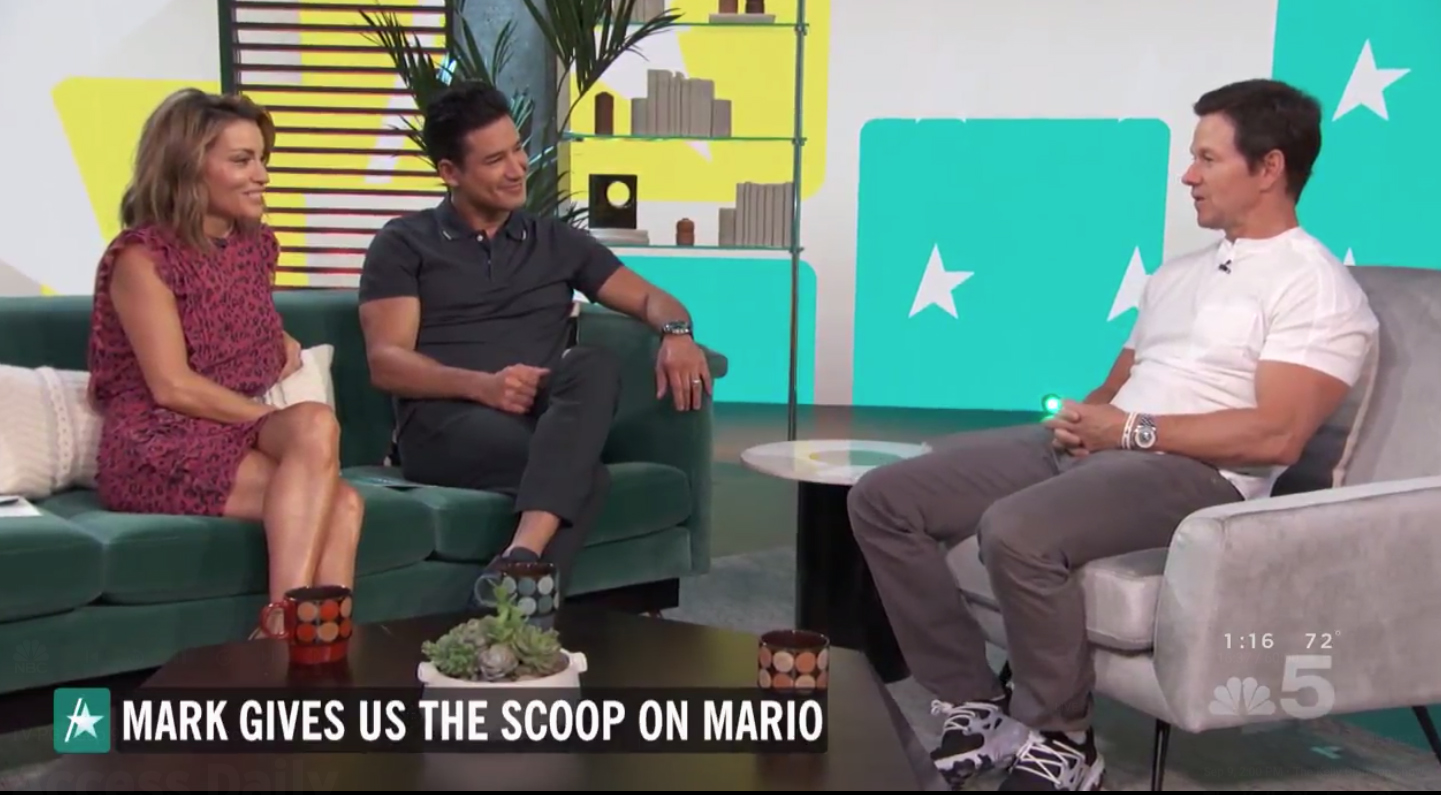 Off to the right of home base is a soft and armchair area for interviews. The set design also incorporates ‘real’ structural elements — including wood screens and open shelving — in front of the video wall. These add depth to the space. 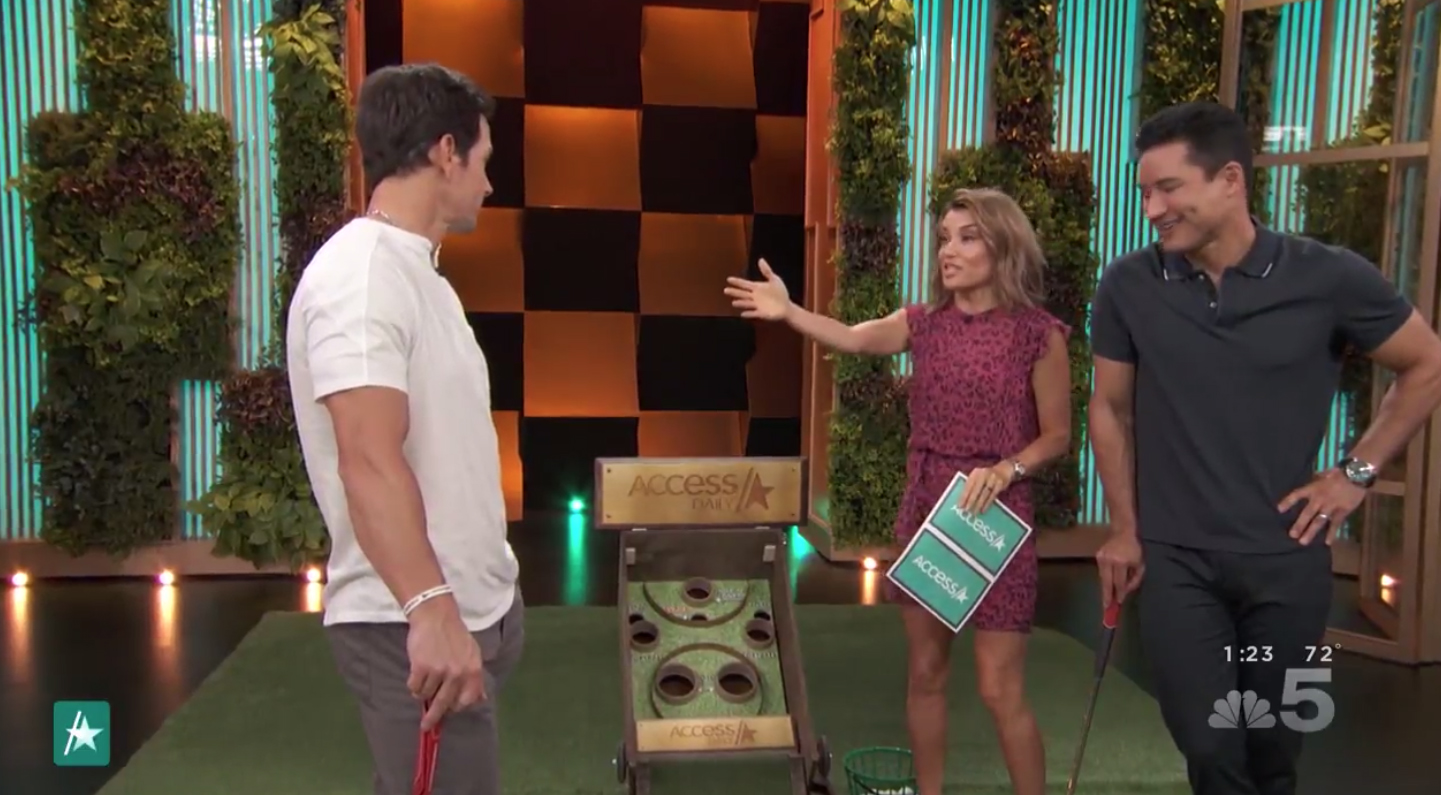 On the opposite side of the studio, a flexible area features fine vertical lines with greenery layered on top along with a dimensional checkerboard background in the center of the shot. 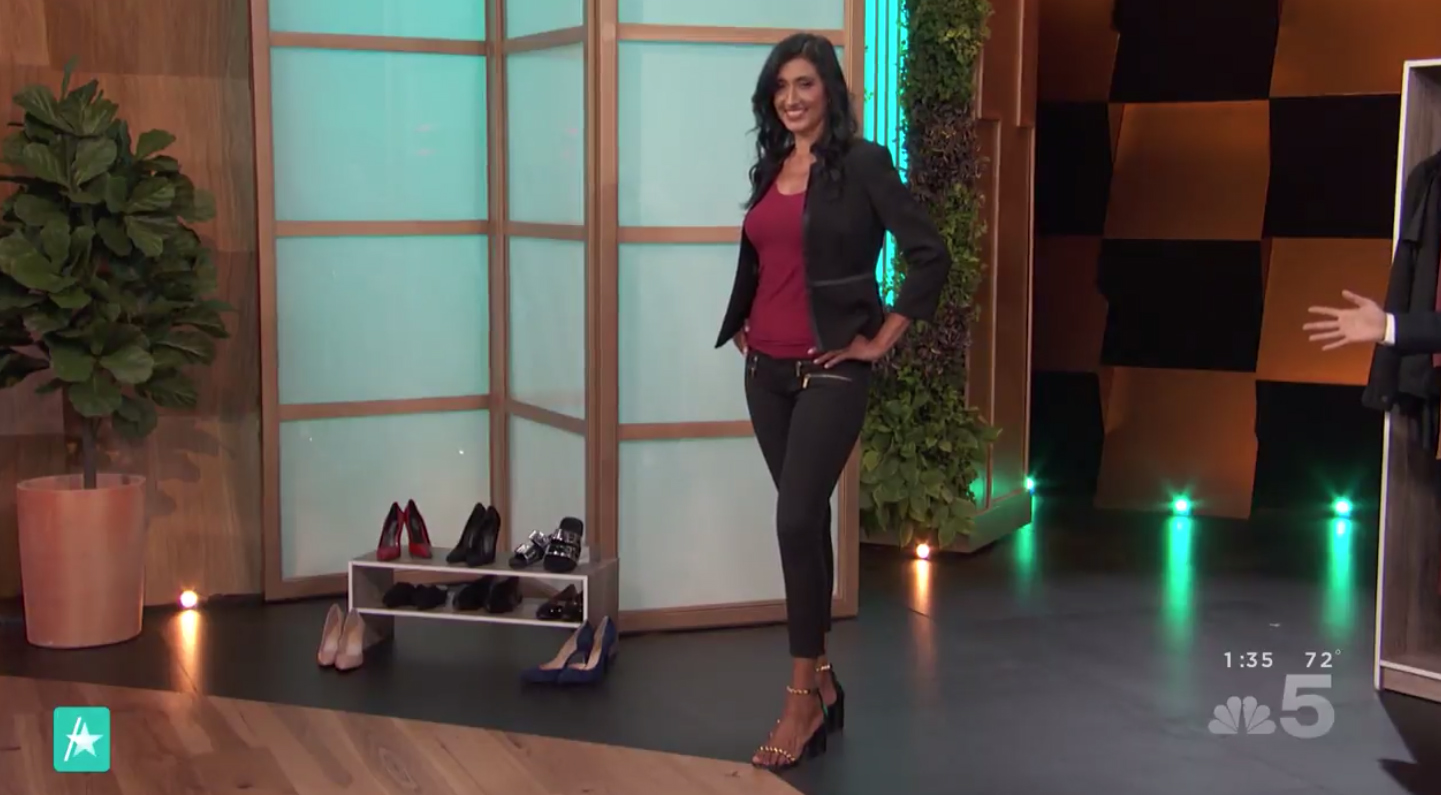 The background, meanwhile, can also serve as an entryway into the studio for fashion or other segments. To mix up the look a bit, folding room dividers can be brought in.] 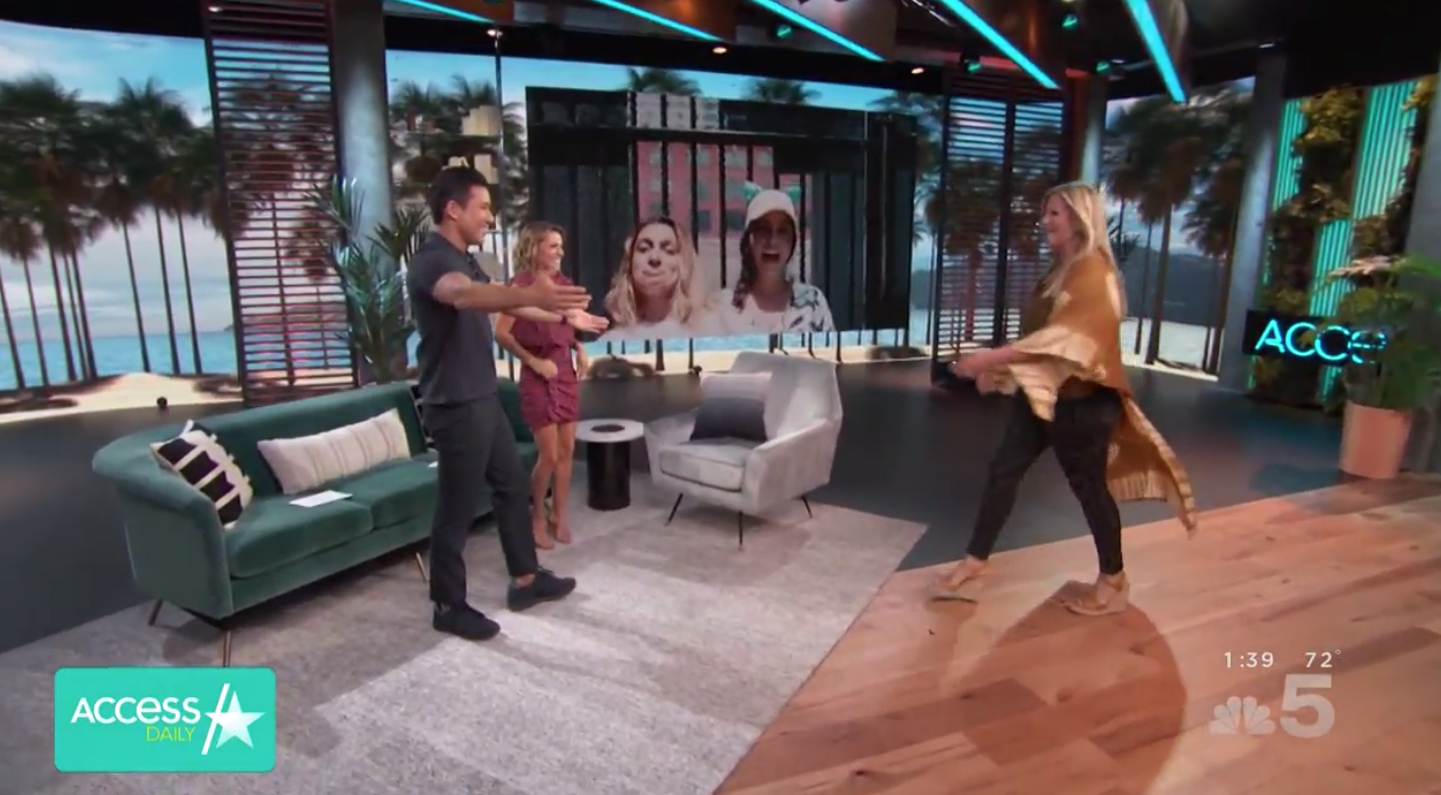 The video wall can also be switched to a stylized oceanscape with palm trees. To the far right of the video wall is another vertically lit area with more greenery and a neon ‘Access’ sign as well as an entryway for introducing guests. 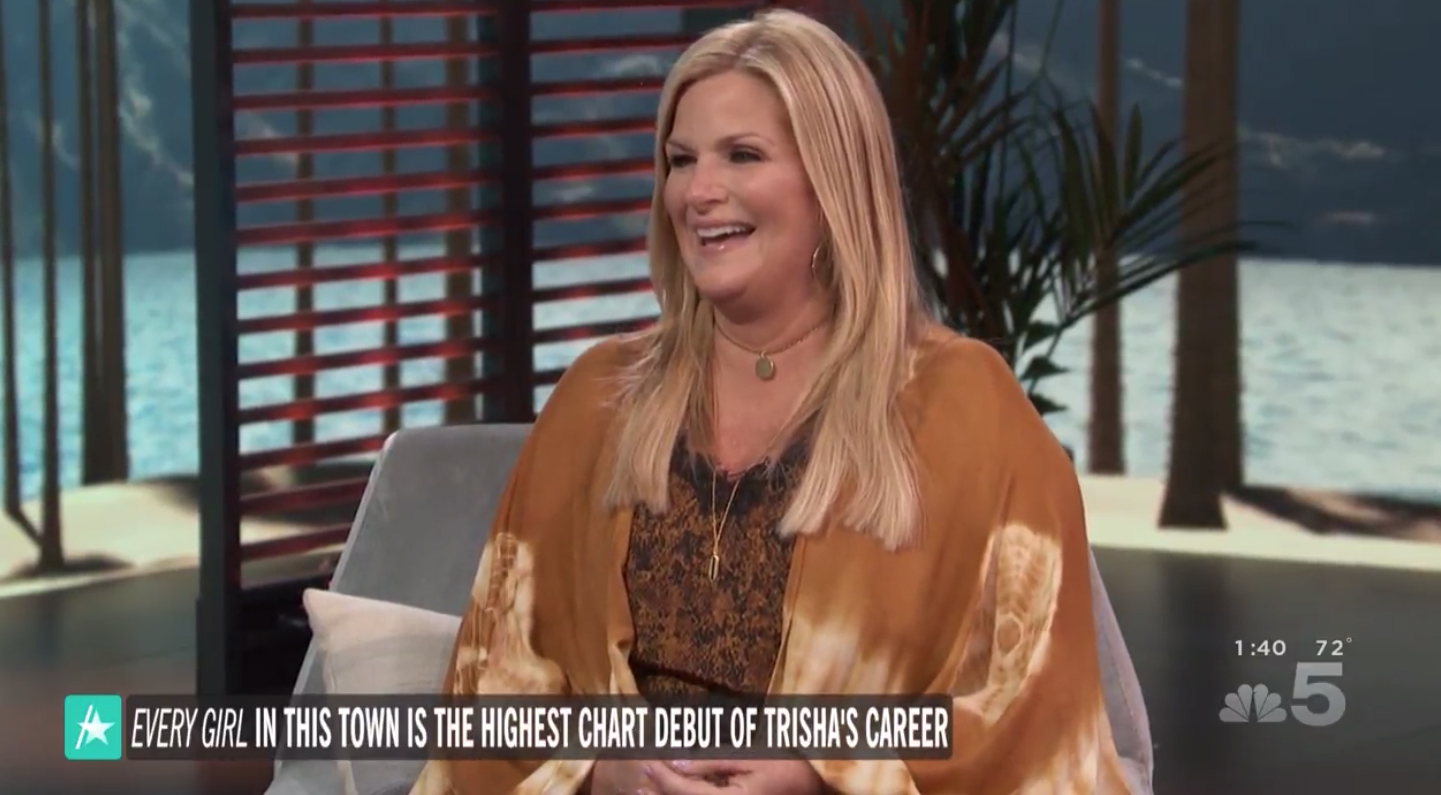 This part the set takes advantage of the hard scenic elements to create a layered look that combine with the video wall panorama.