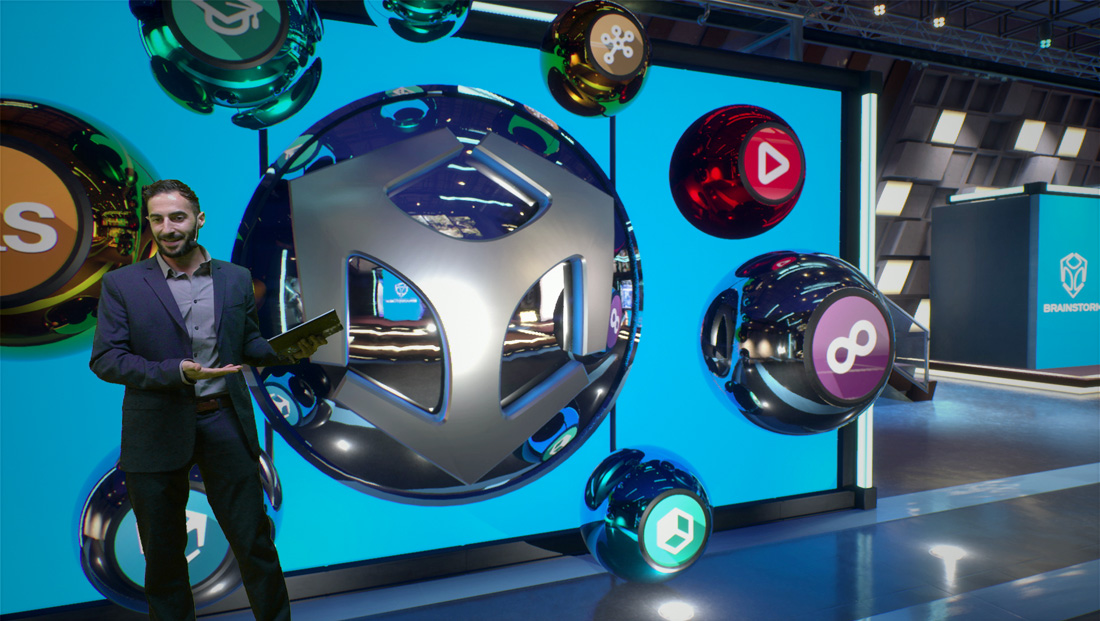 Brainstorm will showcase InfinitySet 3.1, the latest version of its award-winning augmented reality and virtual set solution, at IBC Booth 7-C19.

Version 3.1 introduces a slate of new rendering features that, in addition to its Combined Render Engine with Unreal Engine, allow InfinitySet to create the realistic content for virtual and mixed reality, virtual sets, real-time postproduction and film pre-visualization.

Nvidia SLI technology allows for the connection of several GPUs in parallel, multiplying the performance accordingly.

Using these technologies along with other advanced rendering capabilities like the Combined Render Engine with Unreal Engine, PBR materials and HDR, InfinitySet can create virtual content that can’t be distinguished from reality.

This opens the door for content providers to use InfinitySet to create amazingly rendered backgrounds and scenes for drama or even film production, significantly reducing costs while opening new sources of revenue.

For other broadcast applications such as virtual sets or augmented reality, InfinitySet provides unmatched, hyper-realistic quality both for backgrounds and graphics.

InfinitySet performs at its best within complex broadcast environments, working as a hub system for a number of technologies and hardware required for virtual set and augmented reality operation, such as hardware chroma keyers, tracking devices, cameras, mixers and many other.

InfinitySet will also showcase a new module to enhance presentations by creating advanced AR content using material from any presentation tool, such as Microsoft PowerPoint or Adobe PDF, and including keyed talents.

For news, broadcasts or other content involving talents and additional AV material, this module simplifies content production by creating a new interface that minimises complexity in the setup and display of the different assets that integrate the presentation or show: slides, pictures, movies, PDF or PPT presentations, 3D objects and many more, including Aston projects and forms.