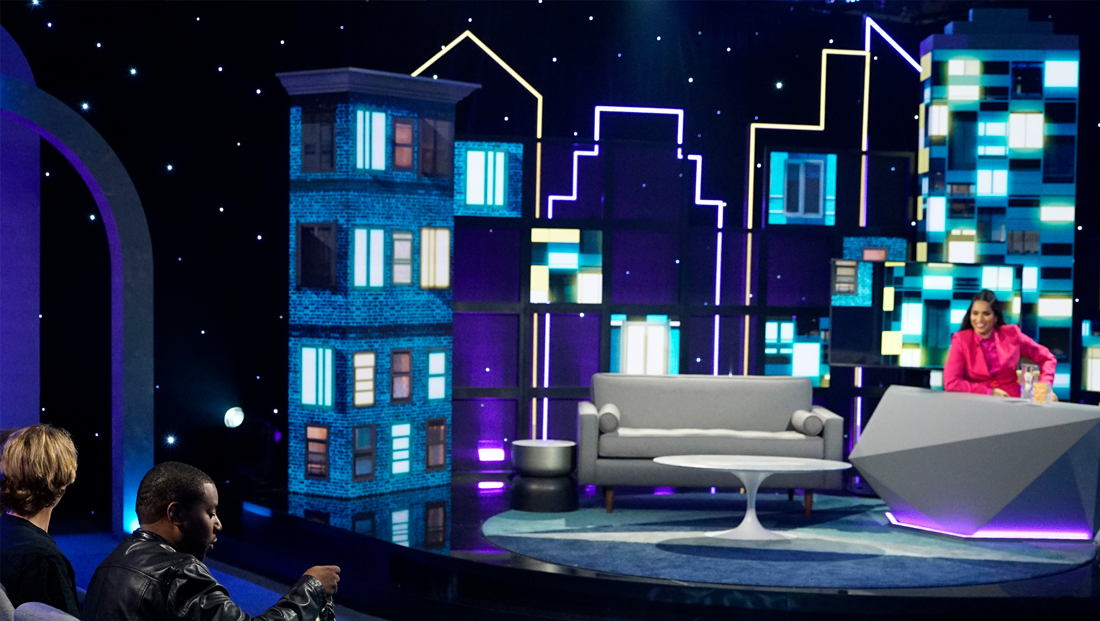 NBC’s new (very) late night comedy show “A Little Late with Lilly Singh” debuted Monday, Sept. 16, 2019 and, while it’s billed as a different type of show, its production design still draws on inspiration from its counterparts — but with its own unique spins.

Singh’s parents are from India, bringing a bit of diversity to late night TV whose most exotic face is a (white) British guy — and her show’s format mixes things up a bit too.

“A Little Late” is somewhat unique among late night TV shows in that it is taped over a three month period in order to accommodate Singh’s schedule. Therefore, the show avoids discussing current events in its opening monologue.

“Last Call with Carson Daly,” which the show replaced, was originally taped daily but had moved to a completely taped format by the time its last episode aired due to Daly’s busy schedule on “The Voice,” “Today” and other projects.

Daly’s presence on the show had been reduced to taped intros and outros by that time. 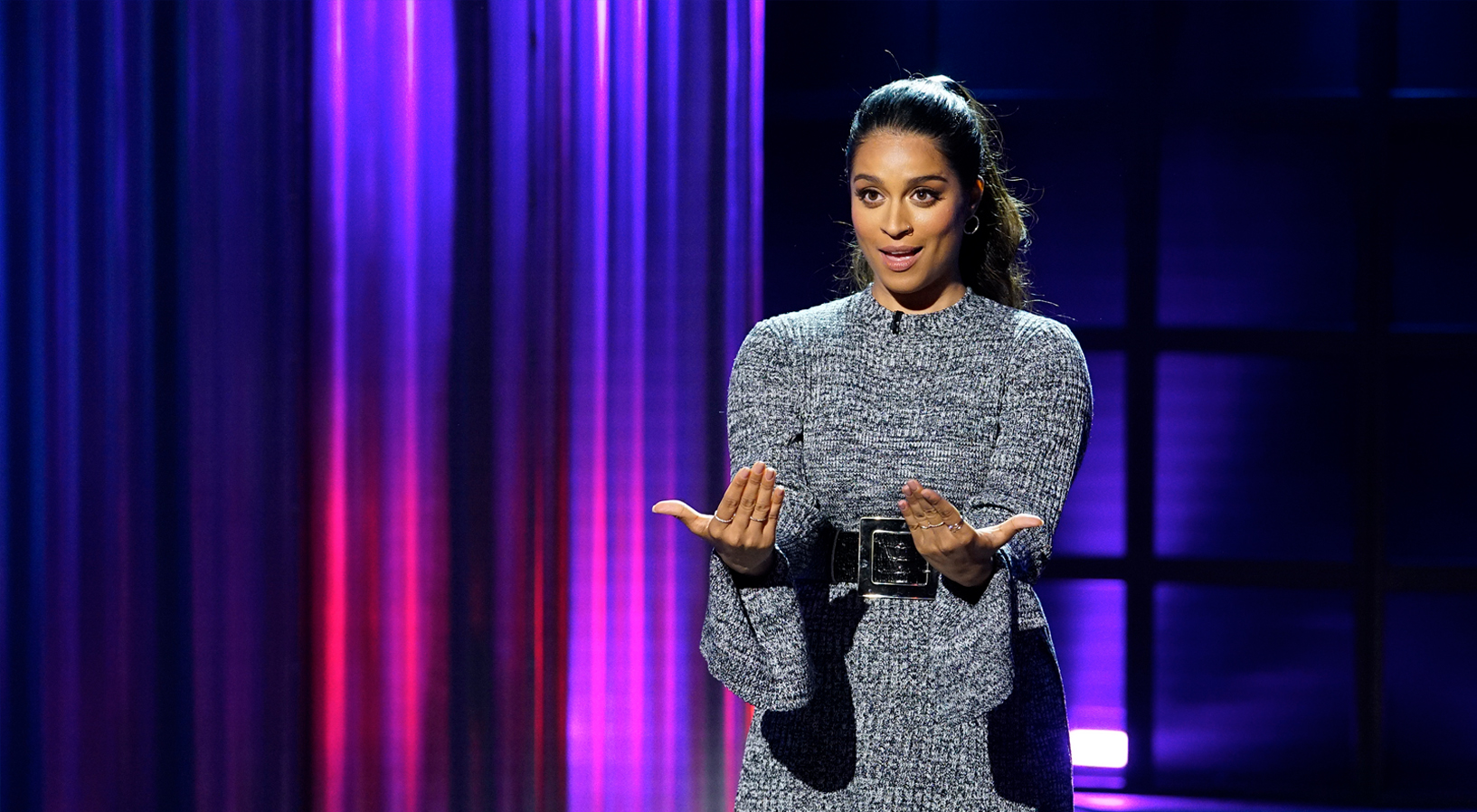 Despite its differences, the show does borrow some inspiration from late night TV production design — including a dramatic host entryway. However, the ‘curtain’ here is actually a corrugated metal surface whose ripples mimc those of a fabric curtain. Behind this area, which also serves, like other late night shows, as the opening monologue position, is an open grid background. Blue, pink and white lighting accents are also used in this area. 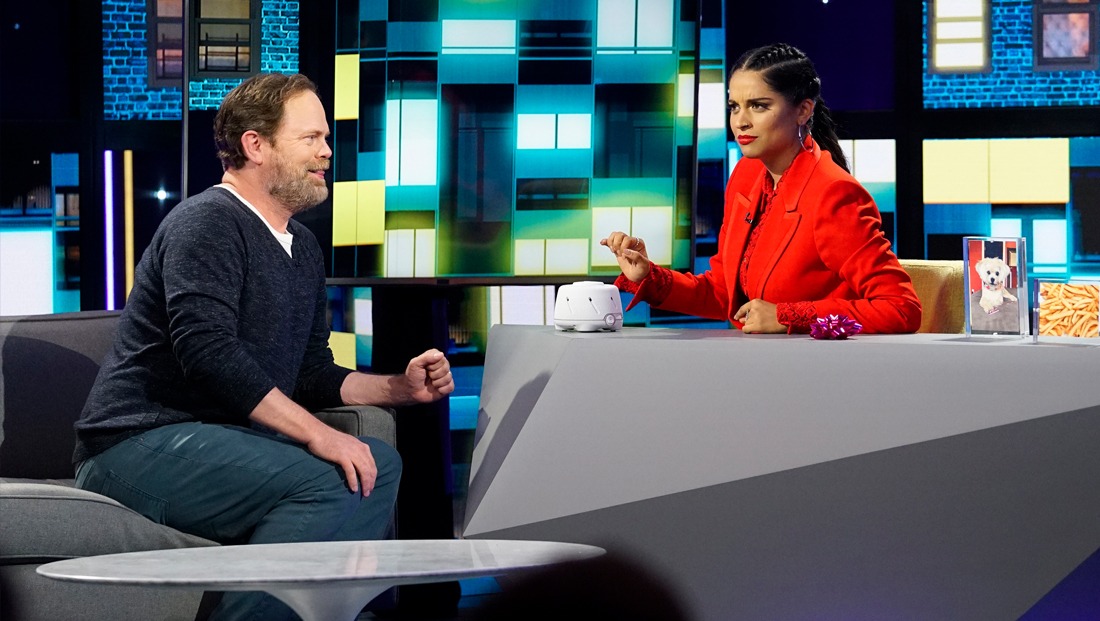 The host desk and interview area are camera left, with a bold geometric gray desk for Singh that sheds the traditional microphone prop (in the image above, the device on the desk is a ‘white’ noise machine that’s used as a gag). It does feature a photo of Singh’s dog and french fries, though. This area also features a gray sofa and modern coffee and side table. 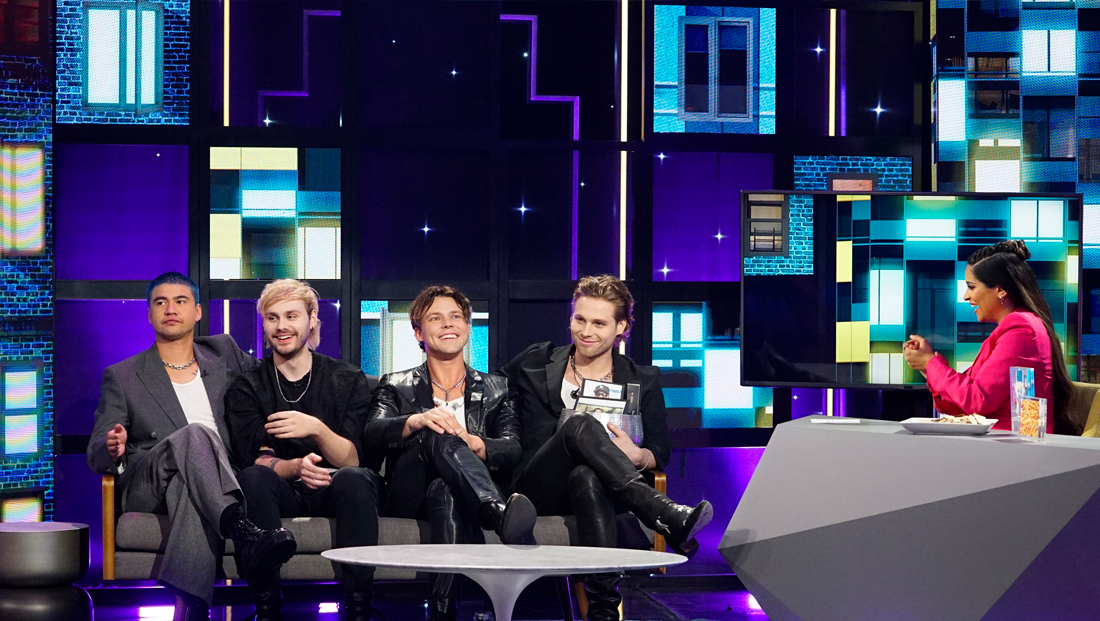 This area is wrapped with a grid that features backlit panels that are a sort of abstract interpretation of a cityscapes of windows — a sort of alternative take on the skyline look. This motif is mirrored in a structural element camera on either side of the interview and host desk area. A flat panel on a stand between the host desk and sofa typically shows a design that is designed to roughly match the real scenic elements behind it, though when viewed off axis, as in this photo, it doesn’t quite line up. 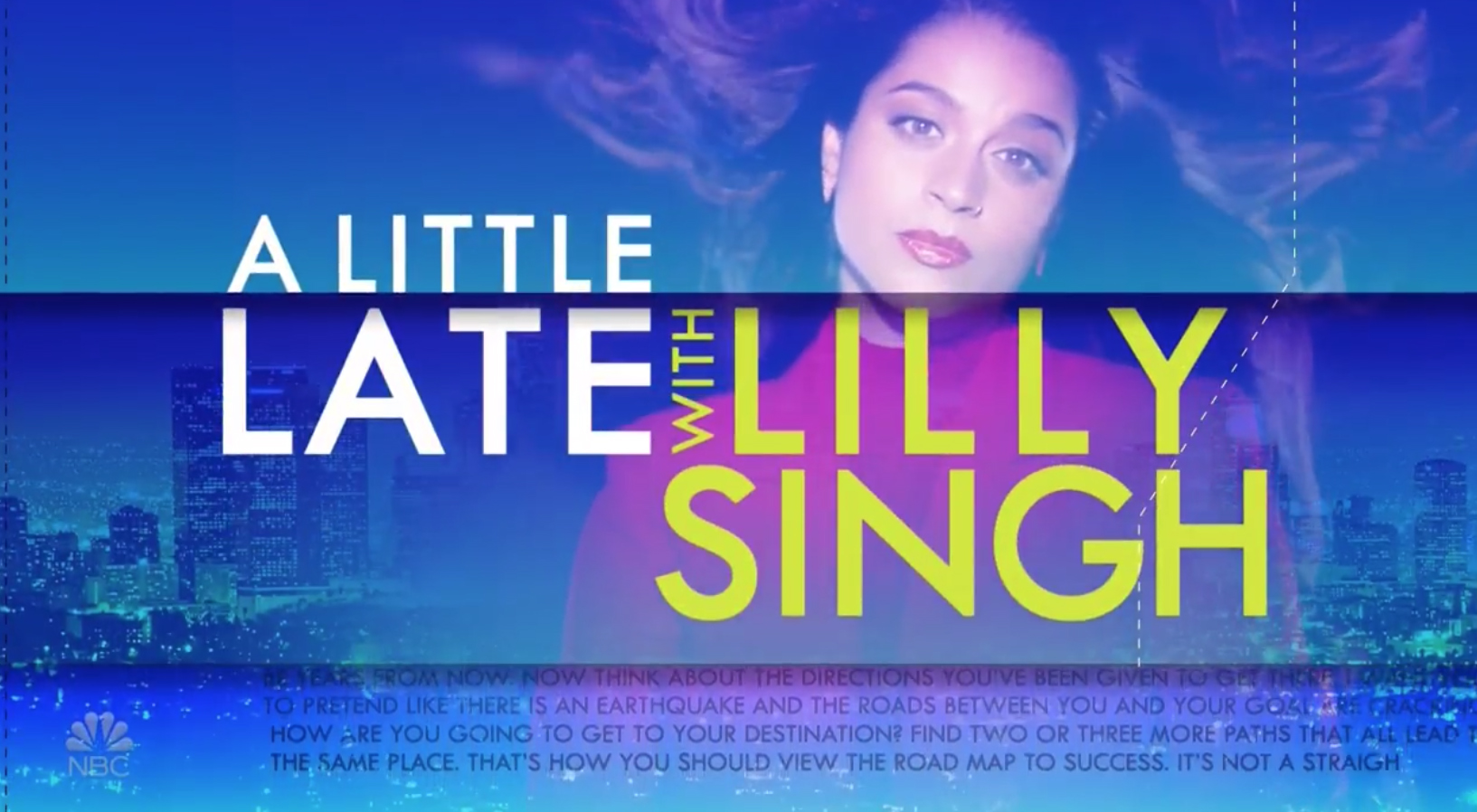 The show’s logo uses a clean, geometric typeface in white and yellow. The open, meanwhile, features multiple horizontal or vertical layering effects with shots of Singh and cityscapes along with microtext of testimonials about Singh mixed in with words of wisdom adapted from Singh’s book ‘How to Be a Bawse.’