CBS N.Y. gets in on the fun with Lonnie Quinn action figure promo 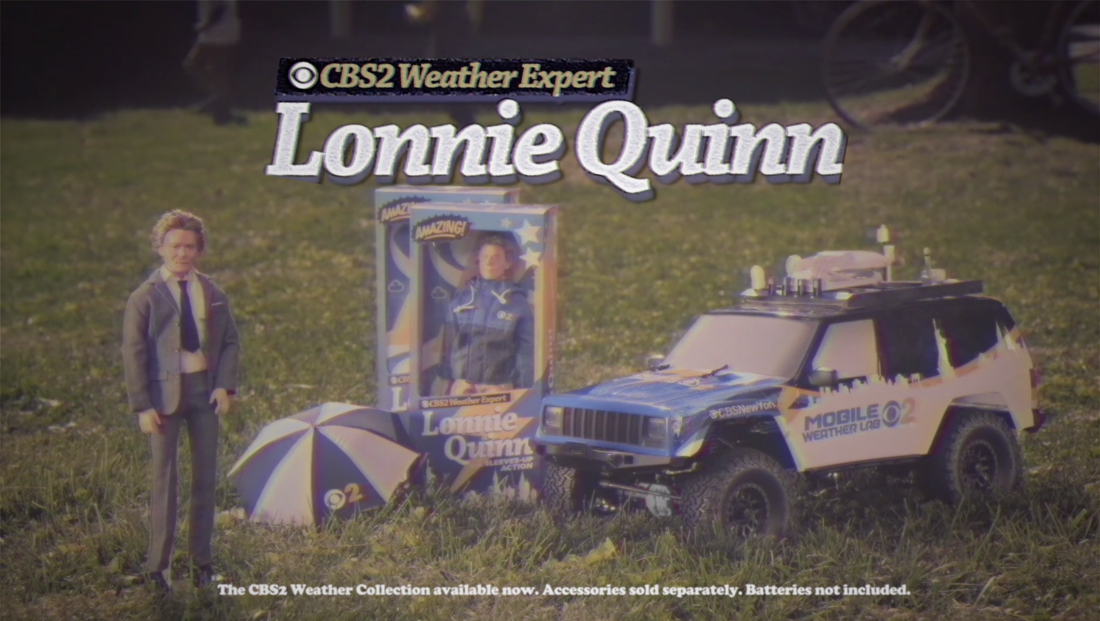 CBS’s owned station in New York City is blasting back to the Saturday mornings of the past with a weather promo for a Lonnie Quinn action figure.

The action figure comes with accessories (sold separately, of course) — including a mini CBS 2 branded umbrella and play version of the station’s Mobile Weather Lab vehicle.

Also “available” is a winter outfit along with a “roll up sleeve action” feature.

Pulling the string on the back of the figure triggers it to spout “Lonnie-isms” — but, of course, batteries aren’t included.

Thanks to a filter put over the entire promo, the spot and musical track, the spot has a distinct 1970s and 1980s tone.

“Lonnie Quinn Action Figure” was created by the same team who created the “Gotta Listen to Lonnie” campaign WCBS aired back in 2014.

Unfortunately, the doll and accessories aren’t actually available for purchase.