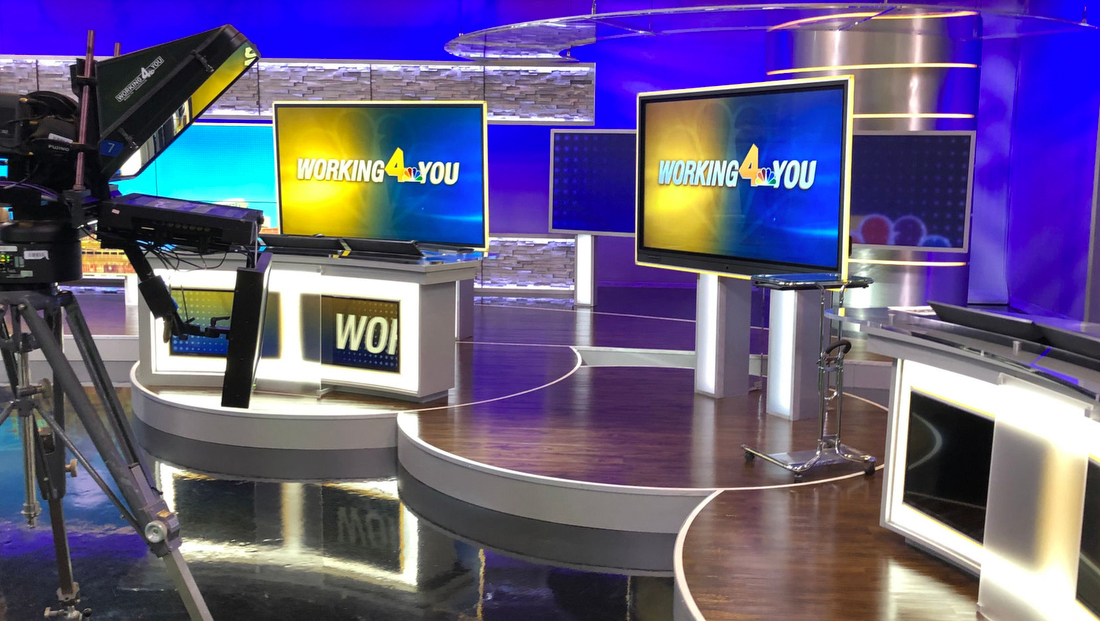 The new look from Z Space Creative follows the same design language as the set introduced at sister station KPHO in Arizona in May 2017. 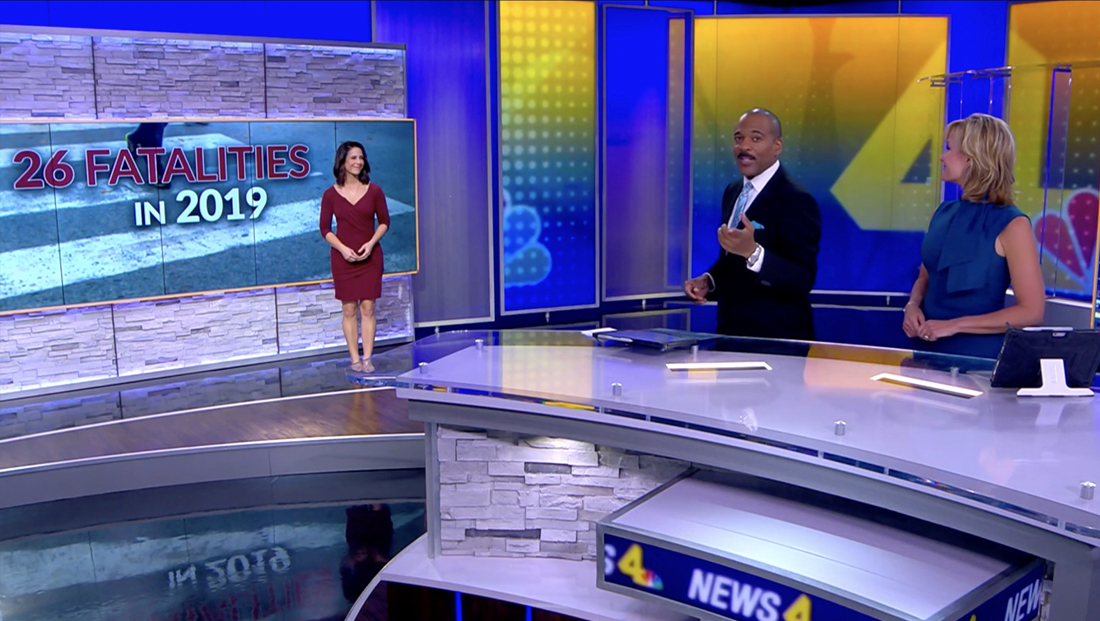 These panels are primary used to display oversized station logos and NBC peacocks along with other animated graphics. 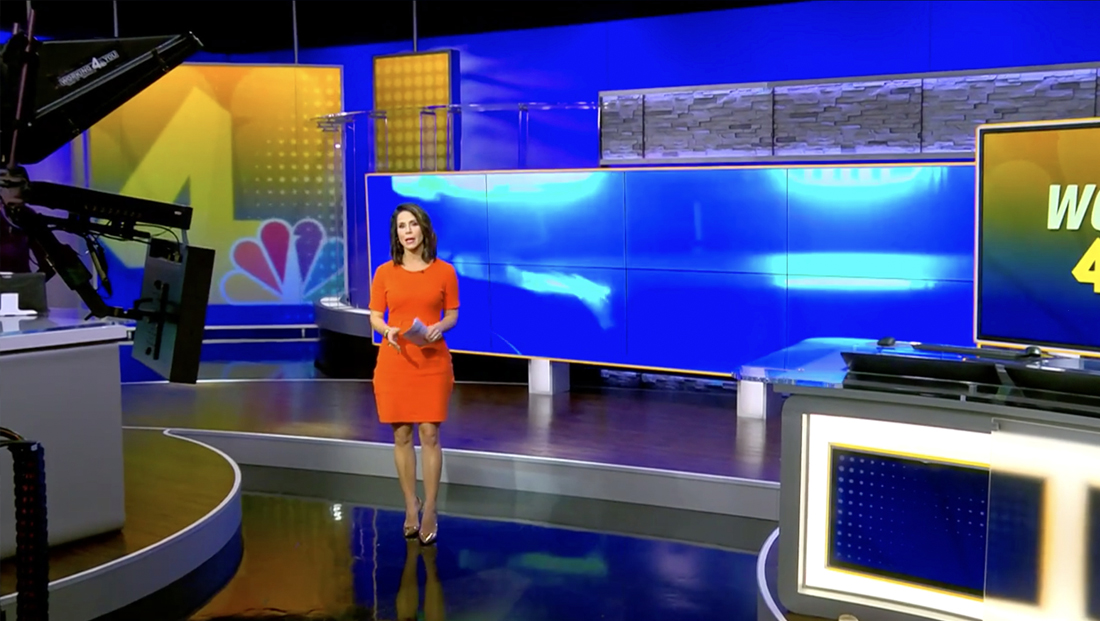 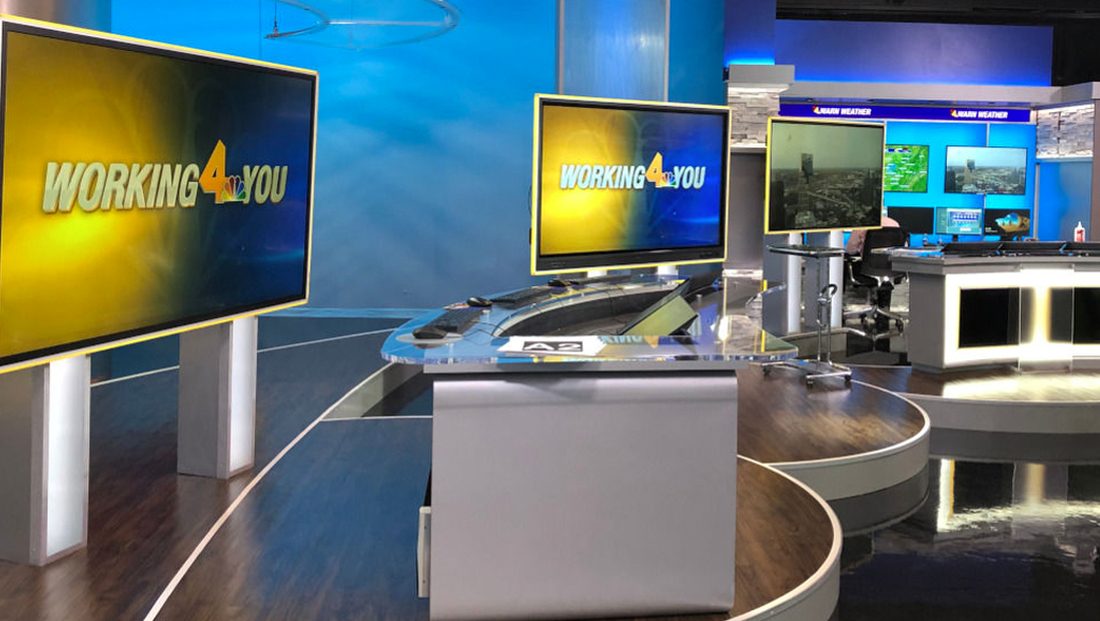 The far right side of the studio features two presentation pods with large single video panels that are used for traffic and weather as well as an additional standup area that sometimes functions as the “live desk” with a high glass table all set up in front of a wide metal plinth with capped with a glass ring header element. 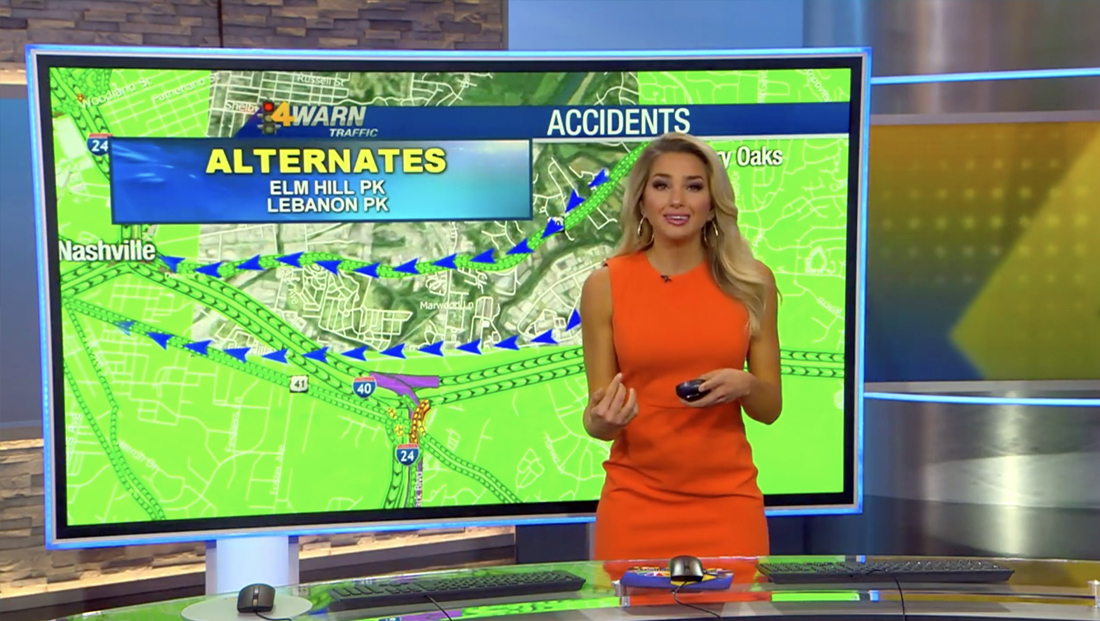 Unlike KPHO, WSMV has a more extensive working weather center behind the far right presentation desk that features a collection of workstations and wall mounted monitors. 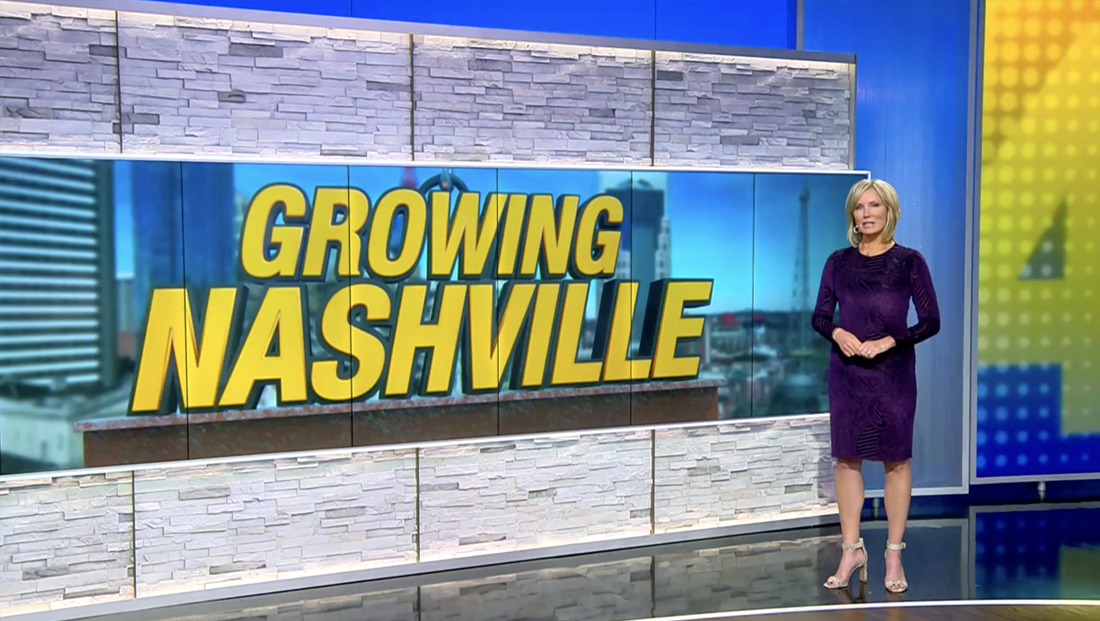 Meanwhile, the opposite side of the studio boasts an additional video wall installation, this one created with a row of vertically mounted panels in front of freestanding panels with faux stacked stone.

The new set was installed in Studio A, which was the former was home to Porter Wagoner’s television show he hosted with Dolly Parton. It also was home to the “Ralph Emery Show” that aired on TNN from 1983 to 1993.