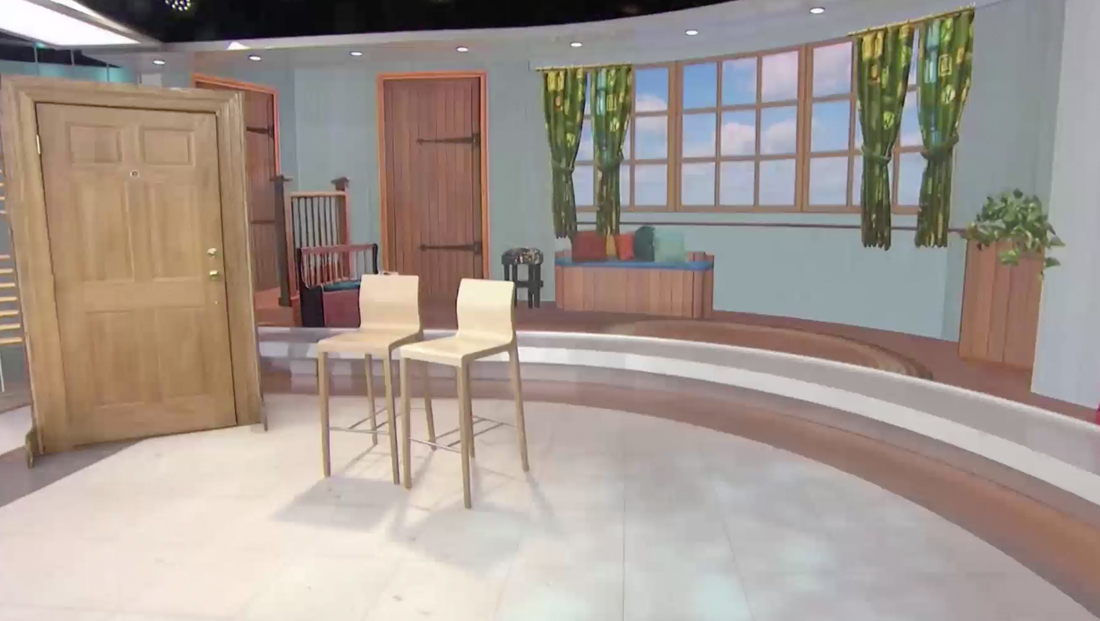 The segment included co-hosts Jenna Bush Hager and Hoda Kotb entering through a freestanding door wearing red cardigans and going through the motions of changing shoes, just like Rogers did in every episode of his show.

The video wall features a rather flat and simplified depiction of the “house” set that appeared for decades.

Thanks to the video wall, the background also included the familiar red trolly entering the scene and then moving off-screen and using a circular “tunnel” wipe similar to the effect “Mr. Rogers’ Neighborhood” used to send viewers from the “real neighborhood” to the “Neighborhood of Make-Believe.”

The segment was part of coverage of the new movie “A Beautiful Day in the Neighborhood” that stars Tom Hanks as Rogers.