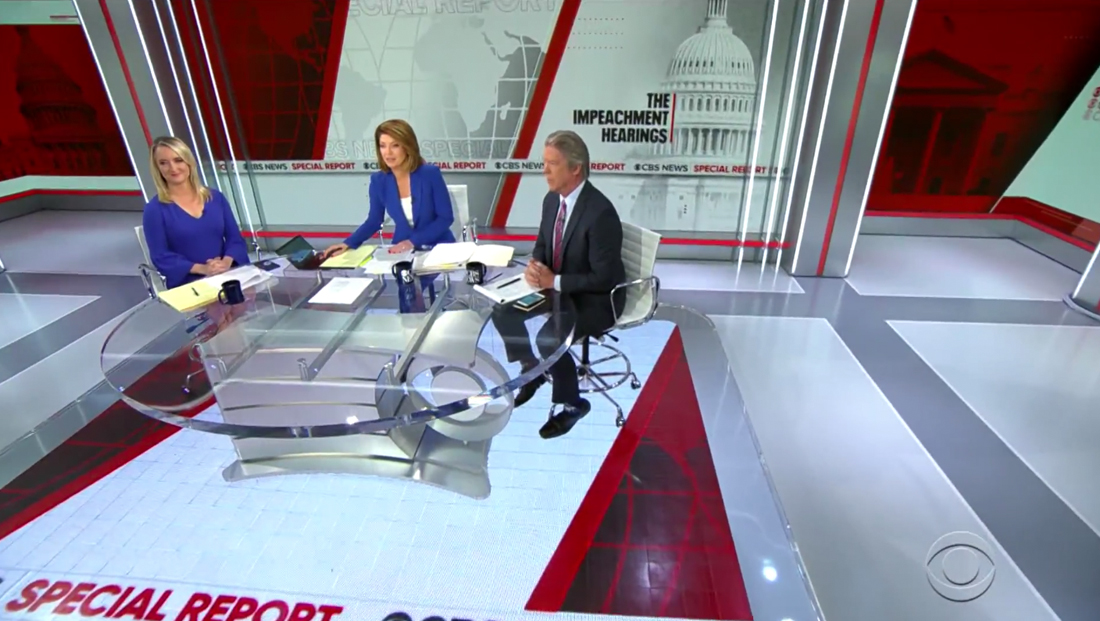 CBS News used the new set it built for the “CBS Evening News” and “Face the Nation” for its first special report Wednesday, Dec. 4, 2019.

The set first debuted on “Evening News” Dec. 2 and CBS previously announced the space would also serve as home to “Face the Nation” and select special reports.

For the special report, O’Donnell was situated in front the video wall flanked with edge lit vertical glass, which was turned red and white for the occasion.

Behind O’Donnell were a world map background in red, white and gray, segmented by thick angled lines.

An animated “CBS News Special Report” stripe that matches the rectangles with beveled edges used in the insert graphics was placed approximately a third of the way up and was visible behind O’Donnell. Topping this was an outline only version of the same words, while a larger version ran across the top of the graphic.

Meanwhile, the video wall background was customized with the network’s “The Impeachment Hearings” logotype along with a black and white photo of the Capitol on the right side.

The “I” and “m” in the impeachment logotype appeared briefly in the push in one shot on O’Donnell. 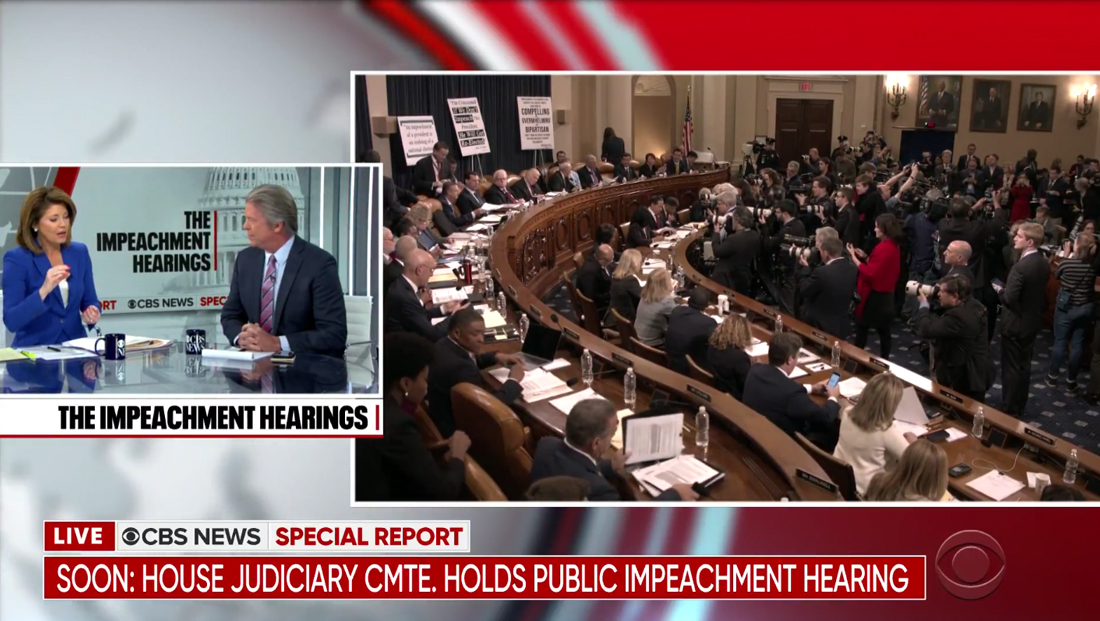 The impeachment branding was positioned so that it appeared on two shots between O’Donnell and Major Garrett, who was seated camera right at the same anchor desk “Evening” uses. 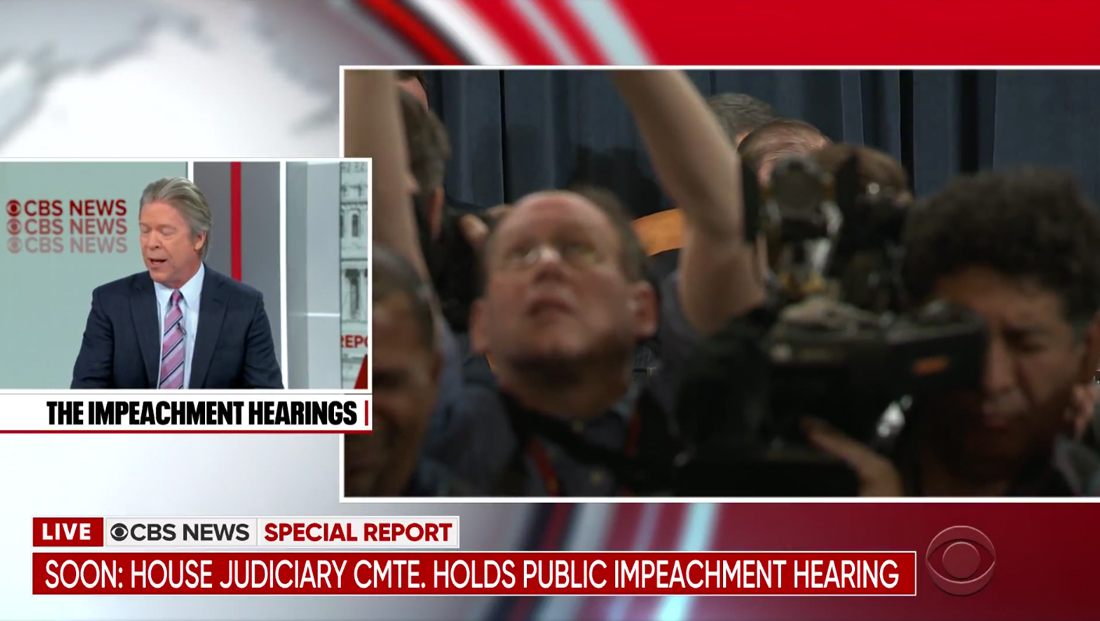 Garrett’s one shot feature with three lines of “CBS News” and the eye logo along with a small sliver of the video wall camera right.

Other video walls, including the ones of the shorter sides of the studio and corner “alcoves,” as well as the LED panels in the floor, were also fed with matching red and white special report graphics.

The imagery in the two corners that appeared on air featured Washington landmarks.

Prior to the debut of the D.C. set, CBS typically fed either topical or a generic special report look featuring a globe and red, white and gray rings behind its anchors.