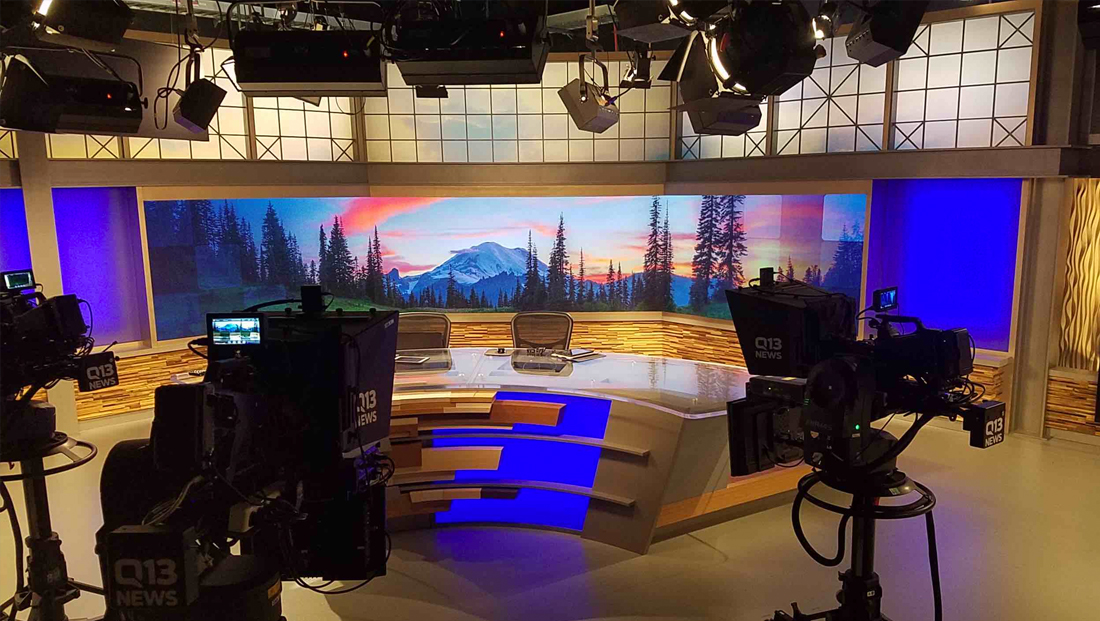 The new, UHD 1.87 mm panels are from Neoti, which also helped the station with integration.

The video wall was installed inside the set that debuted in 2016 with lower resolution LED in the same location as the upgraded panels. 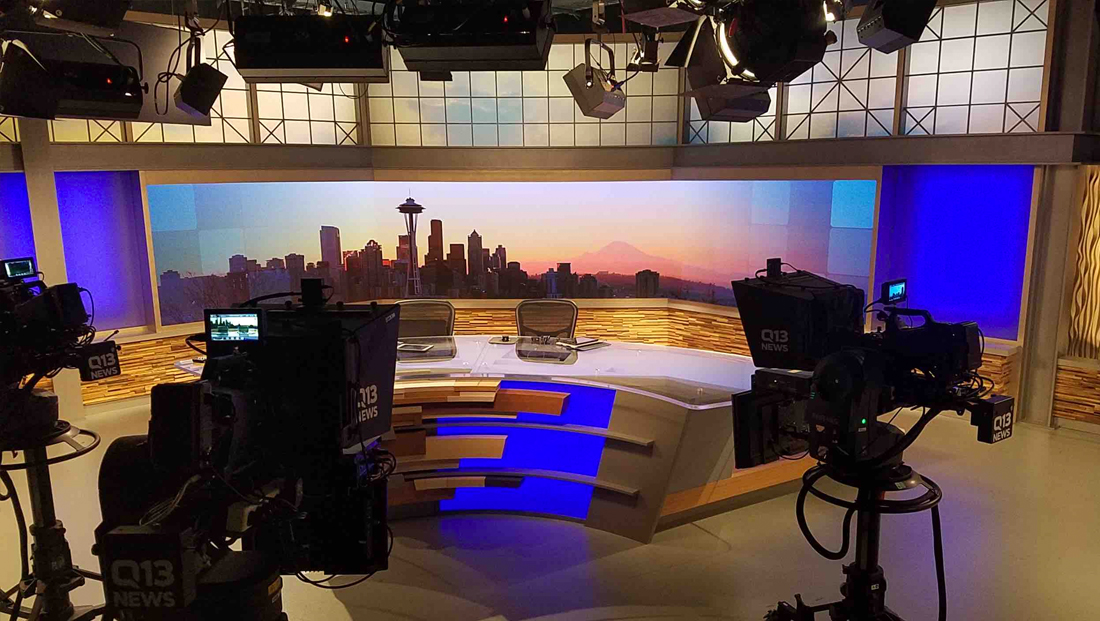 The new look also makes the background seamless, allowing the station to showcase high resolution imagery of the city’s skyline and nearby landscapes, which can be accented with transparent squares.

The station was previously owned by Tribune, but was included as part of the sale to Nexstar Media Group.

Nexstar is planning to sell KCPQ to Fox, which would make it an owned and operated station.