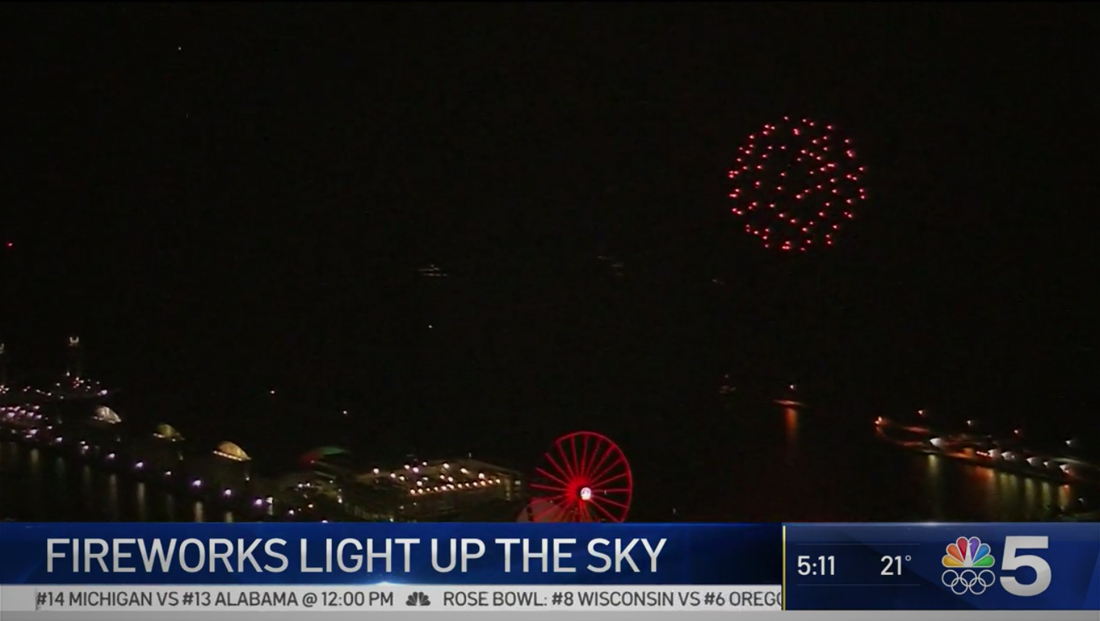 NBC owned stations have followed suit with the network by adding the Olympic rings to their local news bugs.

In Chicago, WMAQ added the rings to the bug used during local newscasts Jan. 1, 2020, while NBC network programming started using it Jan. 2.

The design involves moving the colorful NBC peacock icon up a bit (and shrinking it down) and placing the rings, in white, below.

This is all in preparation for NBC’s coverage of the 2020 Summer Olympics in Tokyo, of course.

For years, NBC has added the Olympic rings to its bugs and other graphics in the months leading up to the Olympics.

NBC adds Olympic rings to bugs ahead of 2020 games