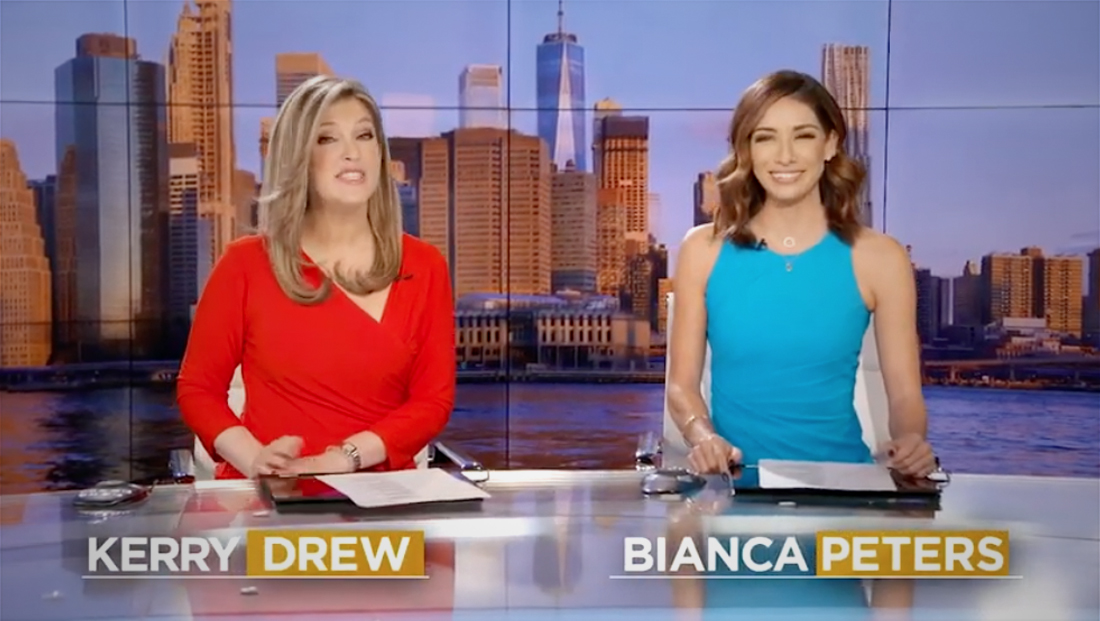 New York City’s Fox owned WNYW created a single take morning news promo that takes viewers on a sweeping view of its studio, making stops along the way to showcase all of the content the broadcast offers on “Good Day New York.”

The spot starts at the anchor desk with anchors Kerry Drew and Bianca Peters before moving to entertainment reporter Ryan Kristafer in the standup area.

There’s then a brief view of two unnamed chefs cooking before moving on to an unidentified dance group in the performance area.

Next up is forecaster Mike Woods, who “tosses” to traffic report Ines Rosales.

Lori Stokes and Rosanna Scotto next appear on the show’s sit down interview set before the camera wanders off into a standup area and the show’s logo appears on screen.

At each of the named talent “stops,” the talent reads what sounds like a generic start of a report before the camera moves on.