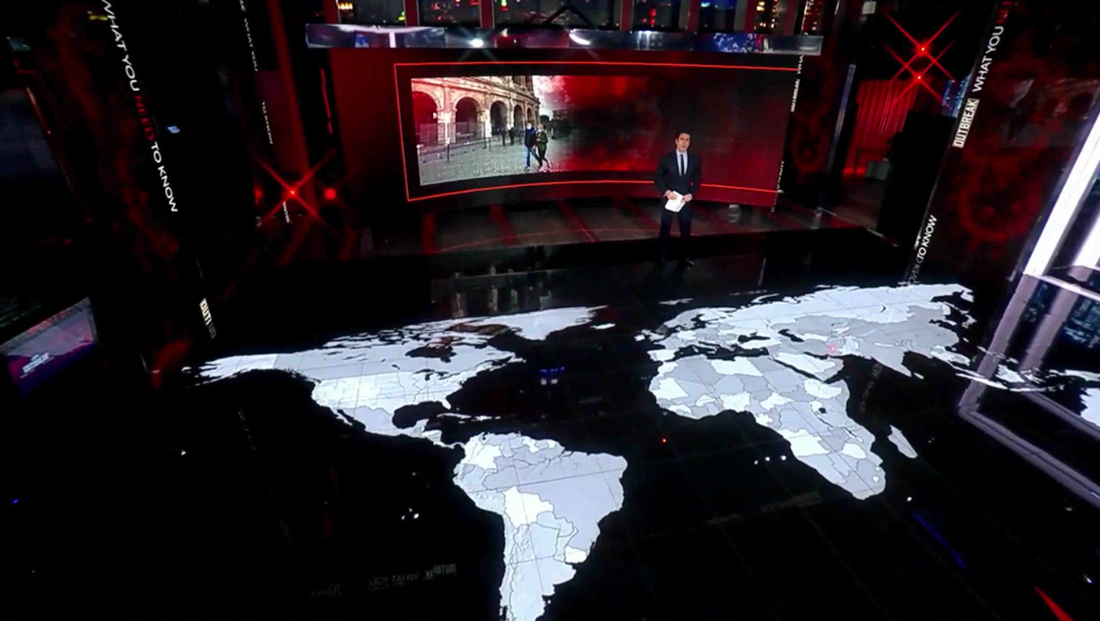 Just days after debuting the overhauled Studio TV3 for Super Tuesday, ABC News put the space to use for a live special coronavirus edition of “20/20” March 6, 2020.

The studio was designed to be flexible enough to use for a variety of ABC News shows, although “20/20” has moved to using control room and field intros in favor of studio shots and the show didn’t have any immediate plans for using TV3, Zach Toback, vice president, news and non-fiction production and studio operations for the network, said earlier in the week during an interview about the debut of TV3.

However, Toback noted at the time that “any of our shows is welcome to use it.”

Breaking news being what it is, it turns out “20/20” ended up being one of the first productions outside of Super Tuesday to use the set.

Thanks to the space’s bountiful video walls, LED ribbons, circular LED floor and color changing lightboxes, the studio was able to adapt quickly to the live special that also featured a panel.

Much of the red, white and blue color scheme was switched over to red and white to match the graphics ABC is using for its coronavirus coverage, though blue cityscape graphics were used in select areas.

For David Muir’s live intro, the network lowered the large curved video wall along the west side of the studio down to the floor, instead of having it set in the “up” position used for Super Tuesday that gave the network a place to park cameras used to capture the analysts and correspondents seated around the circular floor. 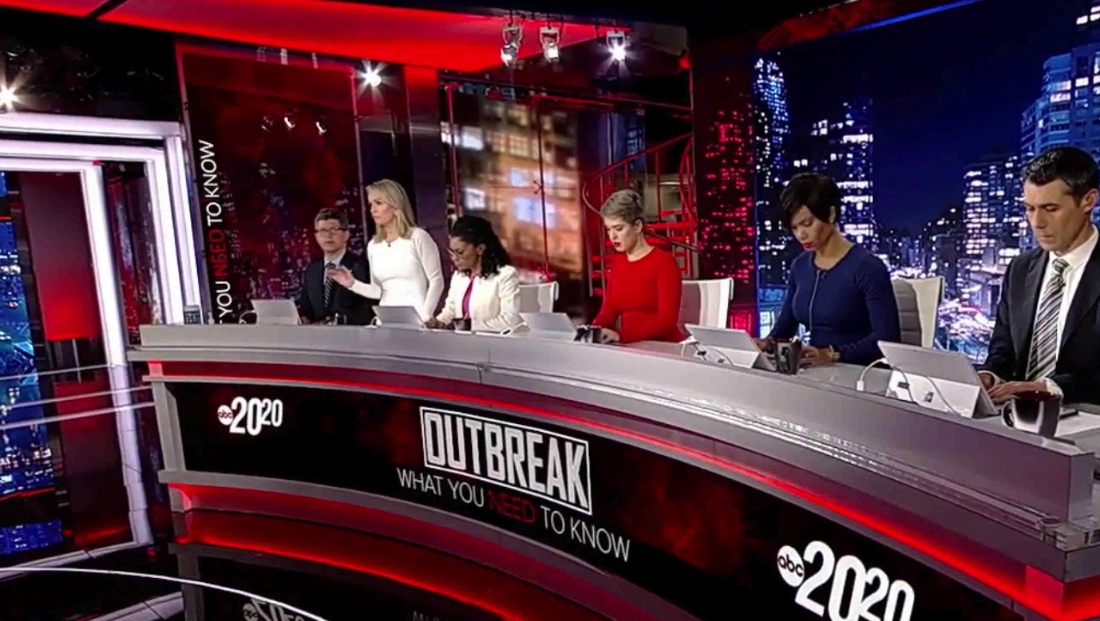 The larger of the three desks used for that setup was brought back on set and used for an in-studio panel of experts answering viewer questions submitted via social media.

One of those experts, medical correspondent Jennifer Ashton, would often stand behind the desk for on camera exchanges with Muir, who stayed on the other side of the space for much of the special. 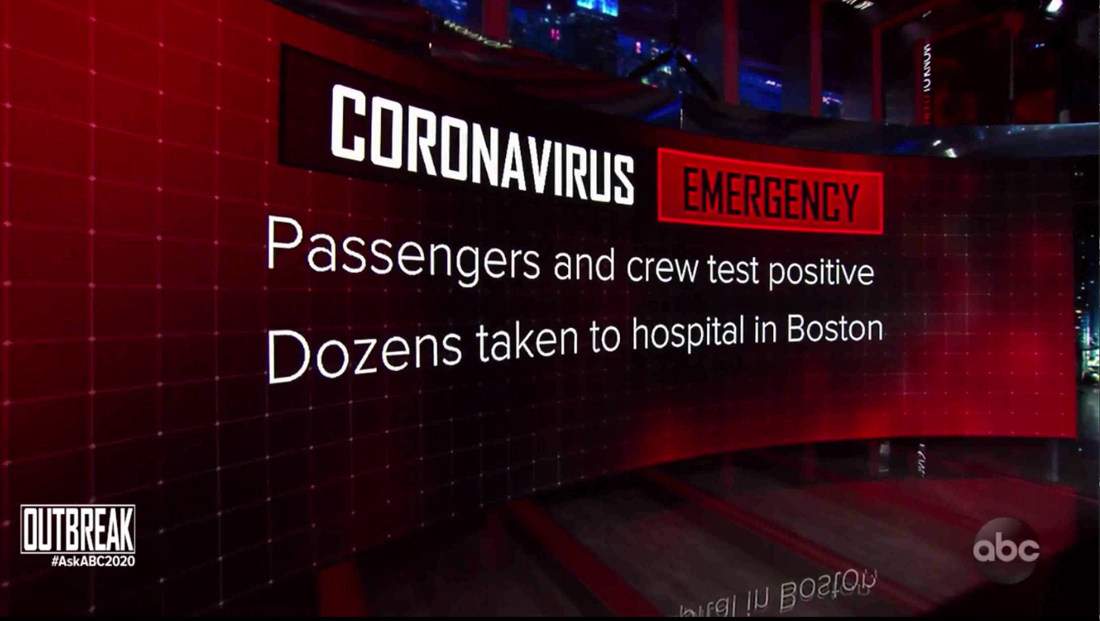 Much like the curved video wall on the old “World News Tonight” set in the same space, the network also utilized the background as a “video on video” shot to display key headlines captured by a floating handheld camera in the “walk and wander” style.

The studio’s giant LED floor, meanwhile, was used extensively to showcase both branding elements but also a U.S. and separate world map. 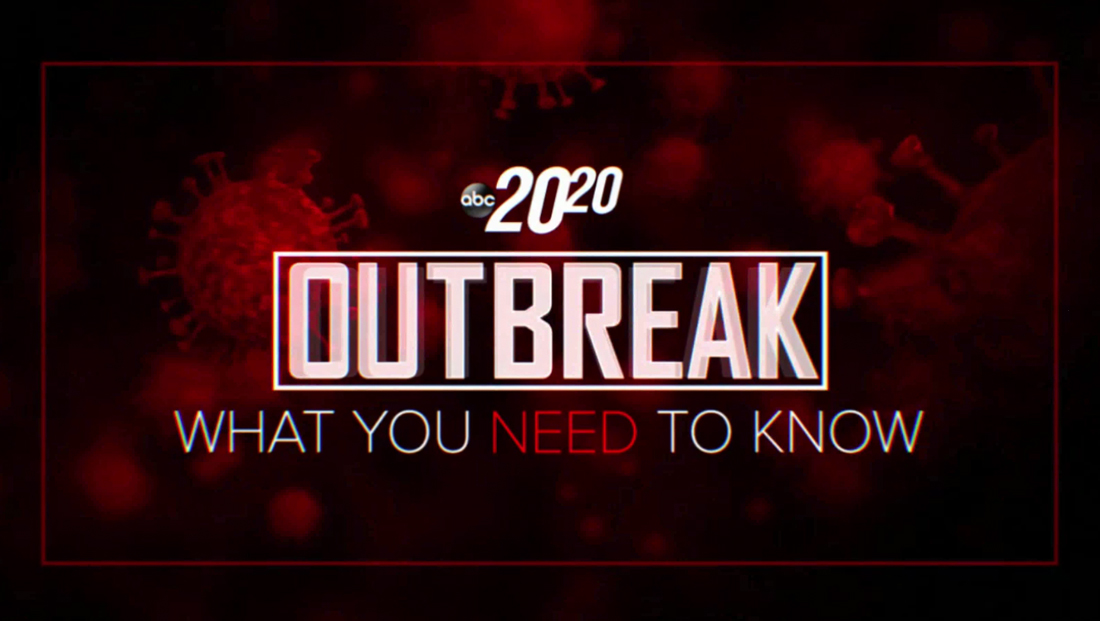 For the special, ABC adapted the “COVID-19” title card to read “Outbreak” instead — with the “O” in “COVID-19” sliding over to become the first letter of “Outbreak,” the “O” morphing into a “U” and the “T” materializing on screen.

It’s worth noting that “Outbreak” was previously used on NBC News’ coronavirus coverage, that network since switched to “Coronavirus Crisis.”

The bordered look of the “Outbreak” logotype also appeared as titles on and thin red border on a select video wall graphics. 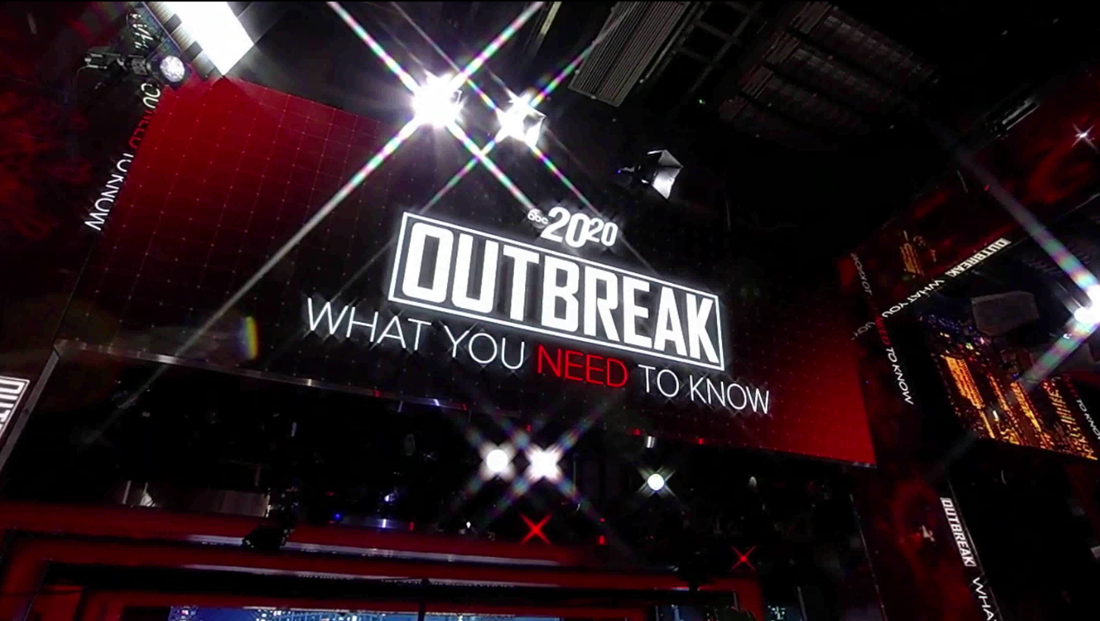 When returning from breaks, ABC showcased additional video walls and panels, which were fed with matching “Outbreak” graphics.

Much of the special was shot using handheld cameras or a jib — but the network also had cameras placed within the areas that appeared on air to capture the “in the round” setup.

At times, there were minor slip ups where an operator or camera inadvertently appeared in frame on a shot the control room took.