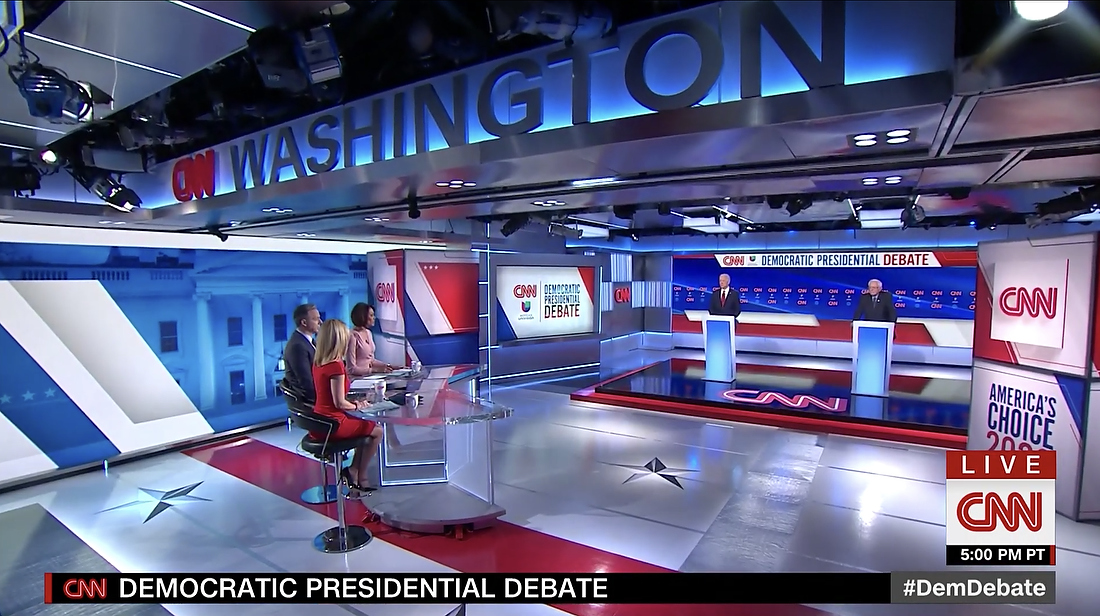 In what may mark the final Democratic primary debate of the 2020 election cycle, CNN’s Studio A/B in Washington, D.C., was turned into a debate hall for Joe Biden and Bernie Sanders.

Originally scheduled for Phoenix, the Sunday, March 15, 2020, debate was relocated closer to the campaign offices of the candidates after travel concerns over coronavirus arose. The last-minute relocation followed an earlier decision to hold the debate without an audience.

CNN’s Dana Bash and Jake Tapper moderated along with Univision’s Ilia Calderón, who replaced Jorge Ramos after his possible exposure to the coronavirus. 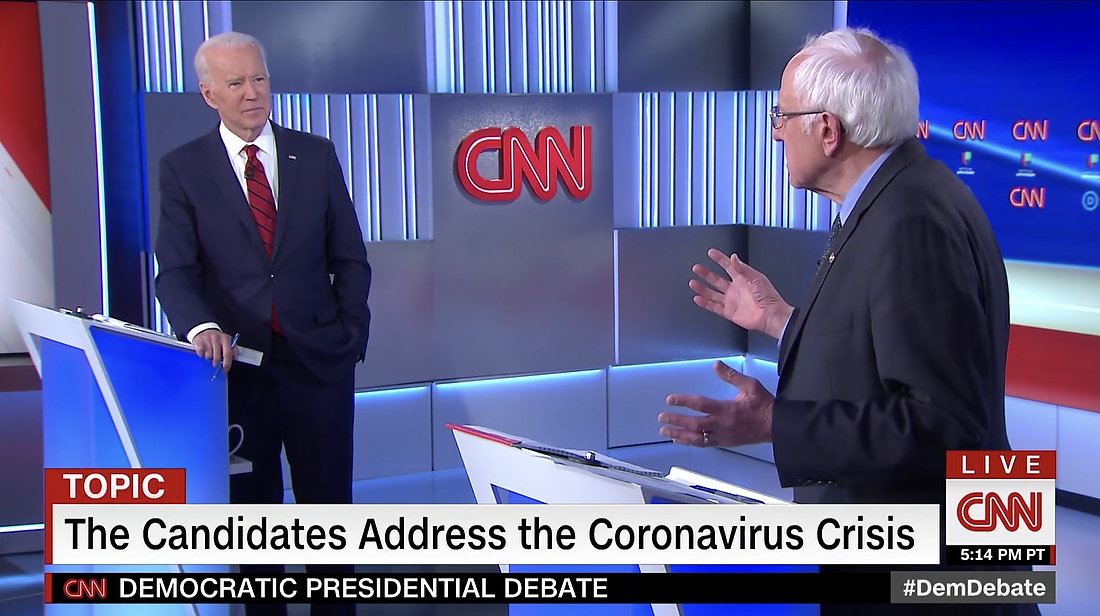 Inside the studio, a small riser was placed in front of the large LED display with the backdrop of broadcast partner logos.

The lecterns from CNN’s actual debate stage were used but placed six feet apart following guidance from the Centers for Disease Control and Prevention.

The moderators, meanwhile, were positioned where Tapper would normally anchor “State of the Union,” one of the normal studio occupants along with “The Situation Room.” 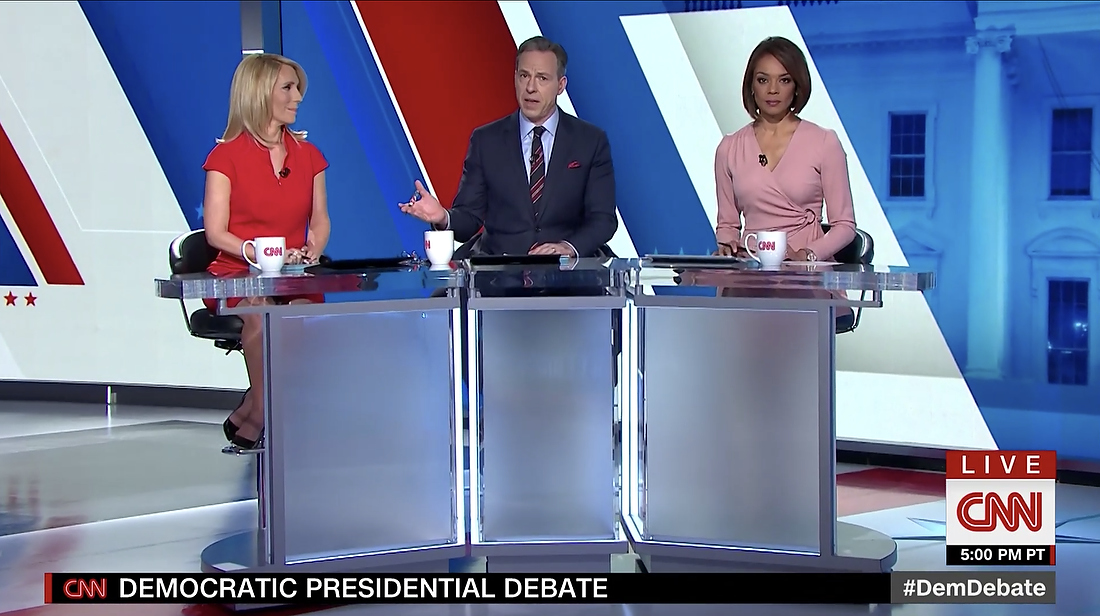 CNN’s large cubes, a hallmark of previous elections, returned for the debate to provide a clever way to hide cameras.

The broadcast skipped the normal dramatic cold open but did include the typical wrap-around programming.

The debate was the 11th overall of this election and CNN’s fourth.

Twelve debates total were to be sanctioned by the Democratic National Committee, however, no details — such as host, network, location, time or date — have been announced about the possible next meeting of Biden and Sanders.