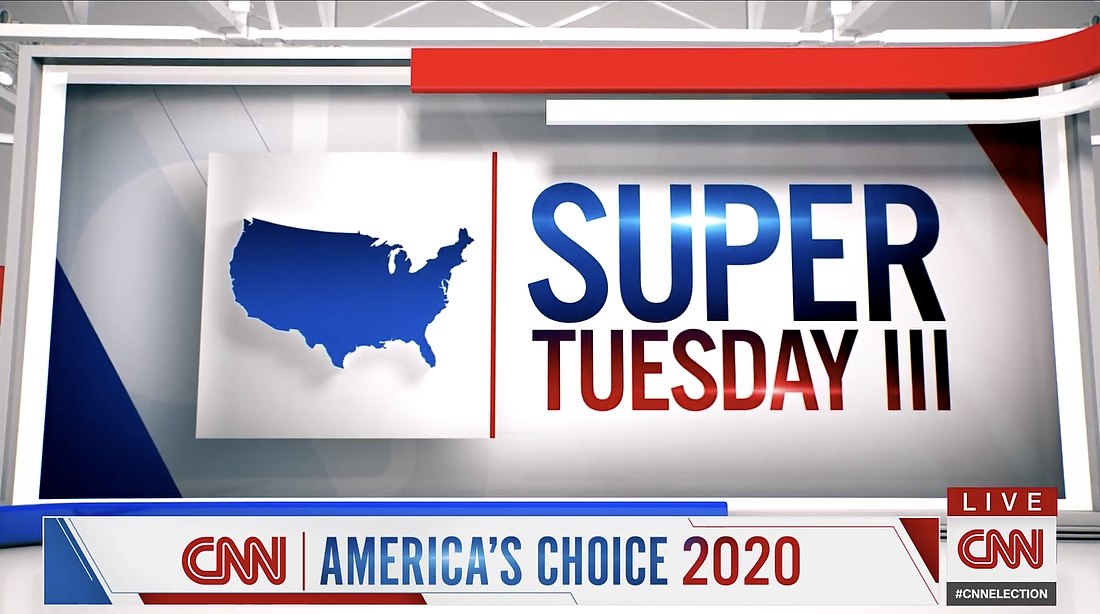 With Ohio rescheduling its primary and the dual-story narrative caused by the spread of the coronavirus, the third “Super Tuesday” of 2020 voting took a different tone across the cable news channels.

MSNBC had the most noticeable difference in on-air presentation for coverage on Tuesday, March 16, 2020. Brian Williams and Rachel Maddow led coverage from Studio 3A, as usual, but were spaced farther apart at the anchor desk which had also been repositioned.

This updated placement allowed for toss-shots to a new secondary desk for analysts and guests that was located in the position formally housing Steve Kornacki’s touchscreen. 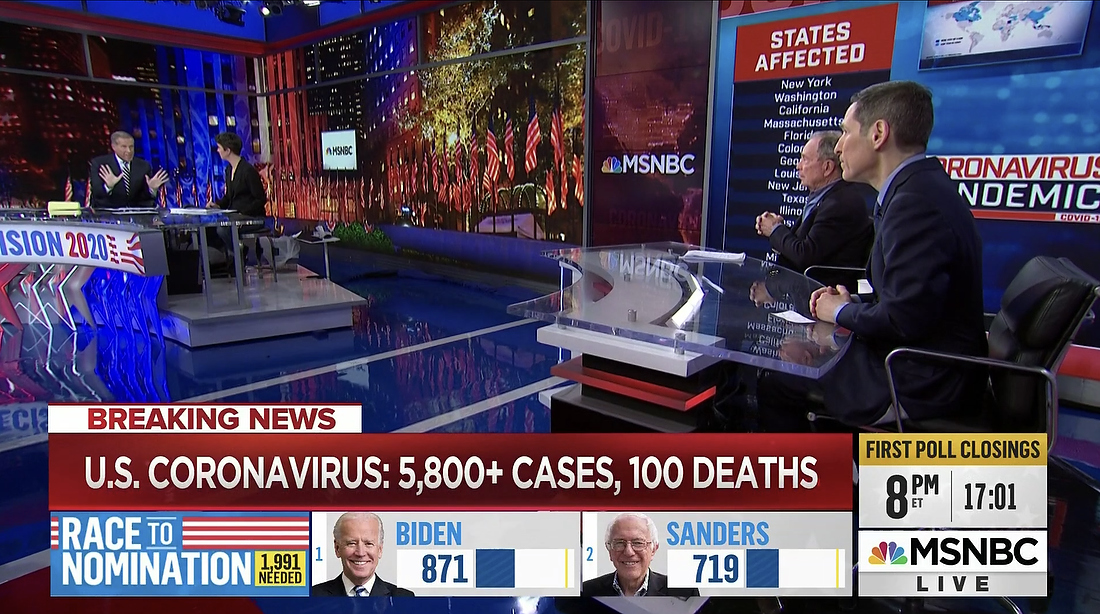 These changes were all a result of social distancing, which has swept across the broadcast world moving anchors to new parts of studios and even home-based setups.

Many of MSNBC’s normal election night contributors, like former Senator Claire McCaskill, joined via remote instead of being in the studio. Augmented reality graphics were also not used for this round of coverage.

CNN, meanwhile, branded the night as “Super Tuesday III” with less overall changes, compared to past election nights this cycle. 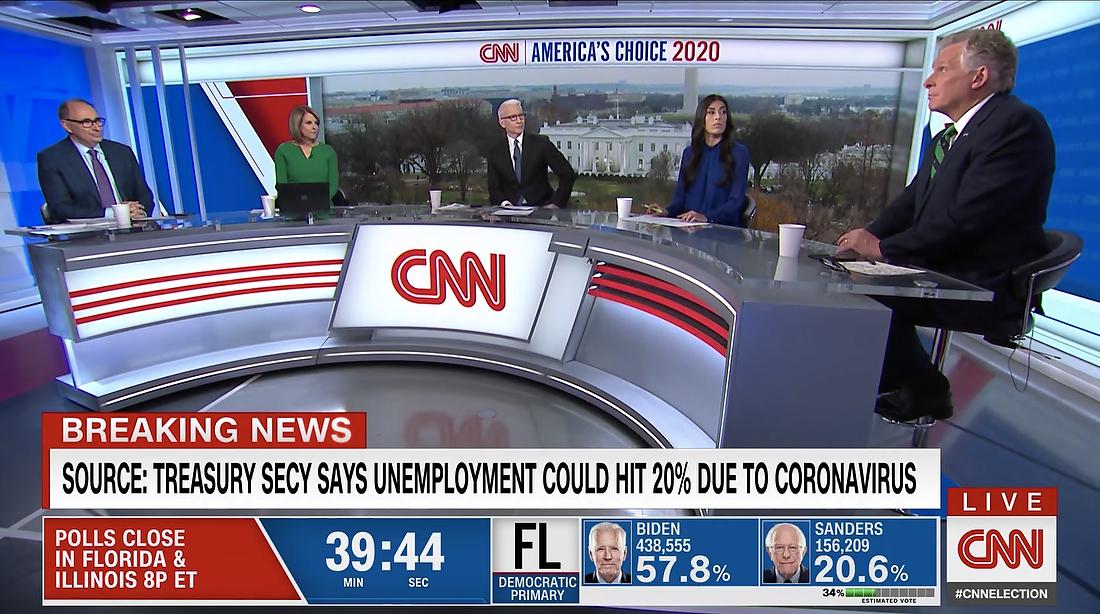 The most noticeable change was at the network’s curved analyst desk with anchor Anderson Cooper, which in the past has held upwards of eight at a time. For Super Tuesday III, the number was reduced to five.

Throughout the coverage, MSNBC’s video walls regularly display coronavirus branding alongside election updates while both network’s jumped back and forth between stories and interviews.