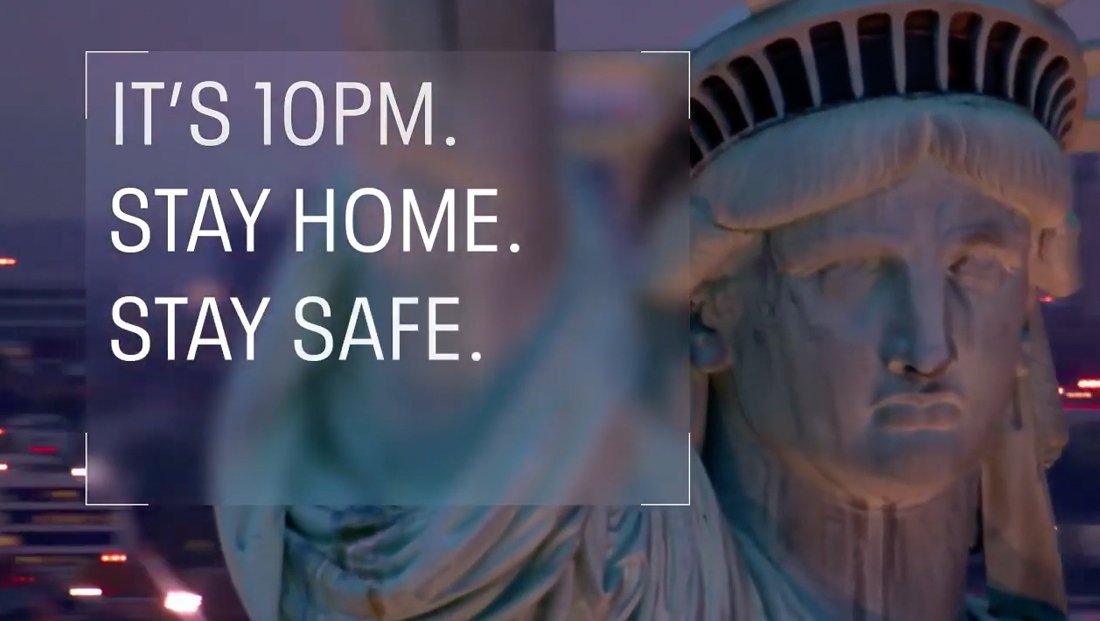 WNYW, the Fox owned station in New York City, has introduced a new take on its iconic “It’s 10 p.m., do you know where your children are?” line.

Normally, right before the station’s 10 p.m. newscast, a short clip with an announcer asking that question airs.

During the coronavirus pandemic, however, the station has updated the line to reflect the current “stay at home” order.

“It’s 10 pm. Stay home. Stay safe. Stay strong. We’re all in this together,” the clip now reads, with a female announcer reading the lines as a clip of the State of Liberty appears in the background.

“Do you know where your children are?” was a popular line used as a public service campaign by stations across the country.

The campaign was most popular from the 1960s to 1980s, but some stations still use it today.

WNYW, which was known as WNEW at the time, is known as one of the first stations to start using the line in the 1967 after crime statistics in New York City began to spike.

The idea was that parents or guardians watching the news would get a “helpful reminder” to consider where their children might be at what most consider to be a late hour.

The campaign also had variations that would change the time referenced to whenever the station in question aired late news. In time zones except central, most “big three” affiliated stations air late news at 11 p.m., with Fox, CW, otherwise affiliated or independent stations airing news at a variety of times, including 9 and 10 p.m.