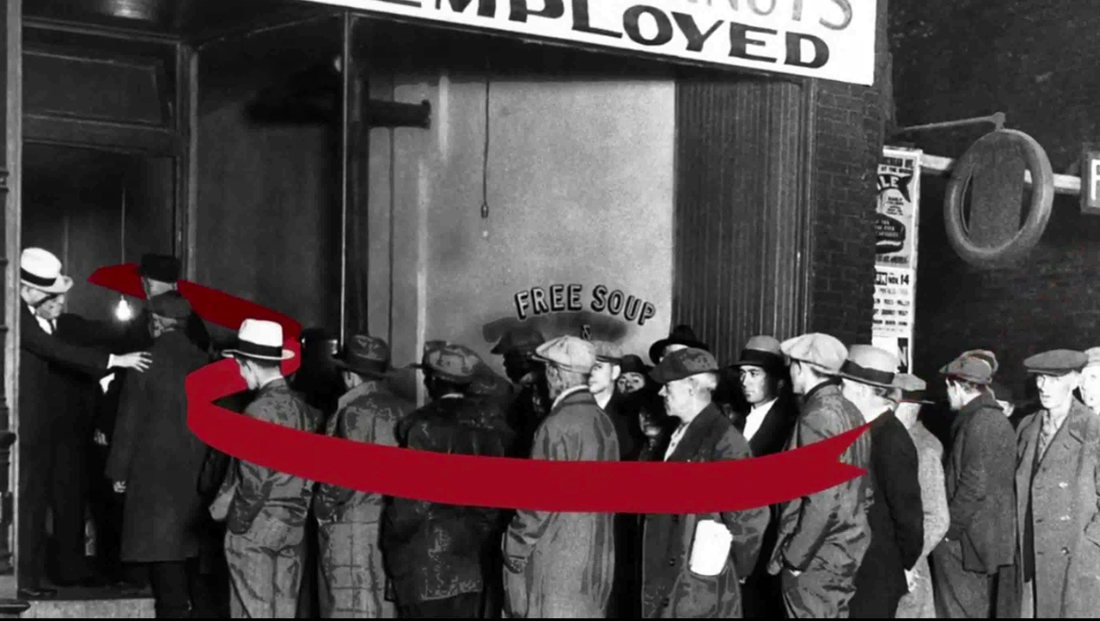 Another iteration of MSNBC’s “This is who we are” promo series tackles difficult times and the presidents who prevailed during them.

The spot features historic imagery that starts out as a stylized “drawing” before morphing into a photograph as an animated red ribbon flies through the scene.

In the background, audio clips ranging from President Franklin Delano Roosevelt’s famous “only thing we have to fear is fear itself” line from his 1933 inauguration address given at the depths of the Great Depression to President Ronald Regan’s speaking after the Space Shuttle Challenger explosion to President George W. Bush’s post September 11, 2001 speech and President Barack Obama after the Sandy Hook school shooting.

The end of the promo uses the combination of the “this is who we are” tagline and “we are in this together” text NBC and MSNBC have used in other spots produced during the coronavirus pandemic.