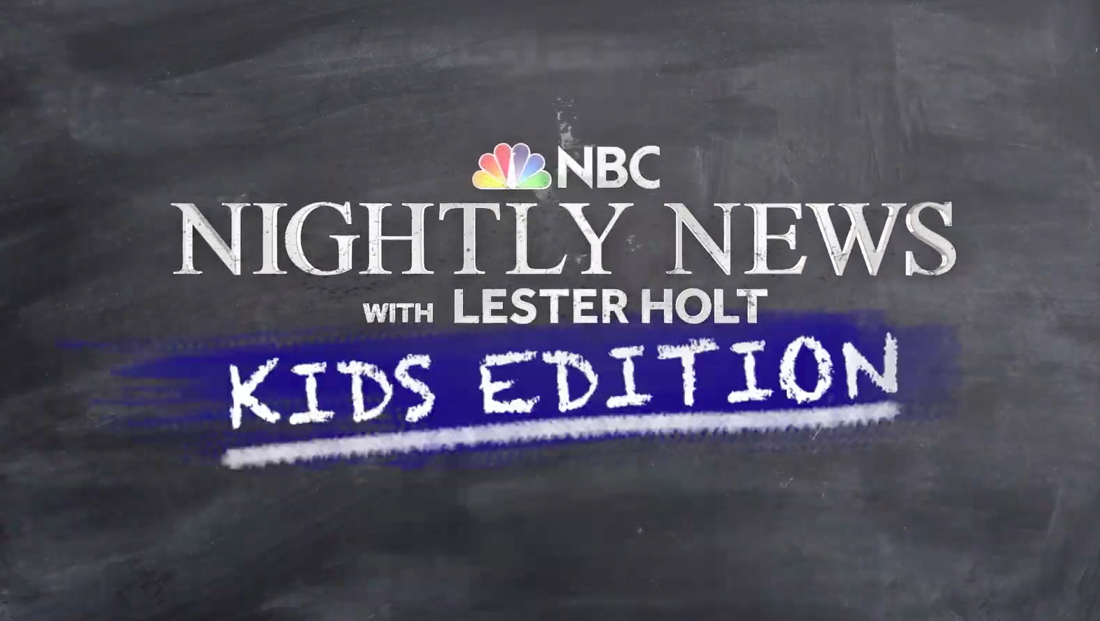 “NBC Nightly News” launched an “experimental” version of its newscast aimed at tackling tough topics during the coronavirus pandemic but with a tone that’s appropriate for kids, Variety first reported.

The newscast is titled “NBC Nightly News Kids Edition” and is anchored by Lester Holt, who anchors the “main” version of the newscast as well.

The first edition was made available April 15, 2020 via online video services only (the newscast does not air on NBC stations).

NBC has since moved the offering to a Tuesday and Thursday rotation.

“We know these are scary times and there’s a lot to take in and understand,” Holt said on the debut broadcast. He continued adding that as a dad and grandfather, he tells the kids in his life that “information is our most important weapon against this nasty virus.”

Holt anchors the “Kids Edition” from his New York City apartment, where he has also been hosting the flagship broadcast from for several weeks.

For the kids version, the broadcast’s familiar open has been switched to a chalkboard style animation and features a kid “announcer” who says the name of the show but eliminates Holt’s name (though it is still shown on screen).

NBC eliminated the line “From NBC News world headquarters in New York” some time ago and that line is not included.

The open uses signature trumpet fanfare like its “big brother newscast” from “The Mission” theme.

Instead of the normal drum bed during teases, “Kids Edition” uses other parts of “The Mission.”

The same effect is applied to the show’s logo in the open, along with a chalk style “Kids Edition” label below; a “stacked” version of the lockup is used in the lower left corner as a bug. 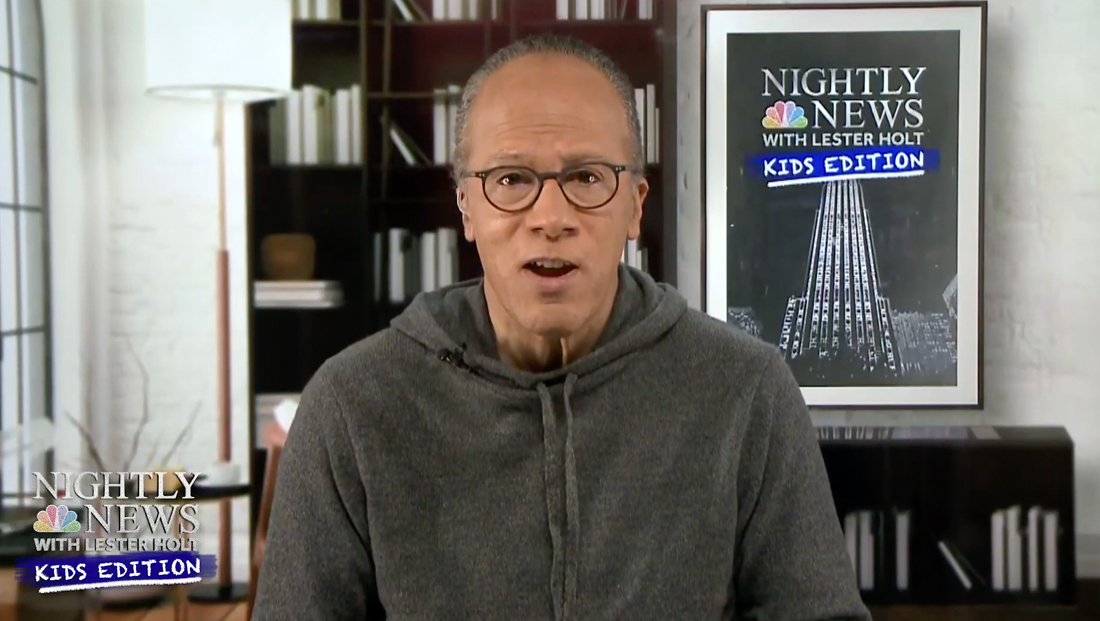 Holt appears on camera in a hoodie — rather than suit and tie — in front of the TV screen he sits in front of for other broadcasts.

Behind him a “virtual” loft like scene is shown behind him, complete with a simulated framed print featuring the same chalk style illustration of 30 Rock used in the open (during the main “Nightly” broadcast, this screen typically shows a video loop of the NBC newsroom as viewed from Studio 4E in Rockefeller Center.

“Kids Edition” is sometimes shot wider, giving viewers a look at Holt’s home studio that features guitars, one of his hobbies, as well as a low wire shelf with technical gear.

During the broadcast, a non-animated version of the “Nightly” lower thirds appears — with varying levels of transparency.

The show also uses unique, single line graphics that appear to be inspired by these graphics, complete with the “light burst” corner accents that use the sans serif font Effra that is used throughout the broadcast alongside other typefaces.

The kids version of “Nightly” is not the first venture broadcast TV news has taken into producing newscasts aimed at children.

CNN offered a “Student News” broadcast that aired in the early morning hours of the main cable channel that was designed for schools to record and then show to students later in the day.

“Nick News” also ran from 1992 to 2015 on Nickelodeon and used a newsmagazine format.

Channel One News, which ran from 1989 and 2018, was perhaps one of the most widespread efforts at children’s news programming, and had a unique business model.

Originally, the venture provided free television sets for classrooms in exchange for a commitment from the school to air the program, which included ads.

This model faced criticism for bringing advertising into classrooms and eventually evolved to allow schools to pay a fee to remove ads.

“Teen Kids News,” launched in 2003 under a syndication model, is still on the air.

It was created by Al Primo, who is known for creating the “Eyewitness News” format used at stations across the country (though that name was used before he came up with the idea).

The show is made possible by advertising as well.

The “Nightly” kids version does not contain advertising within the show itself, but does feature preroll advertising in some cases.