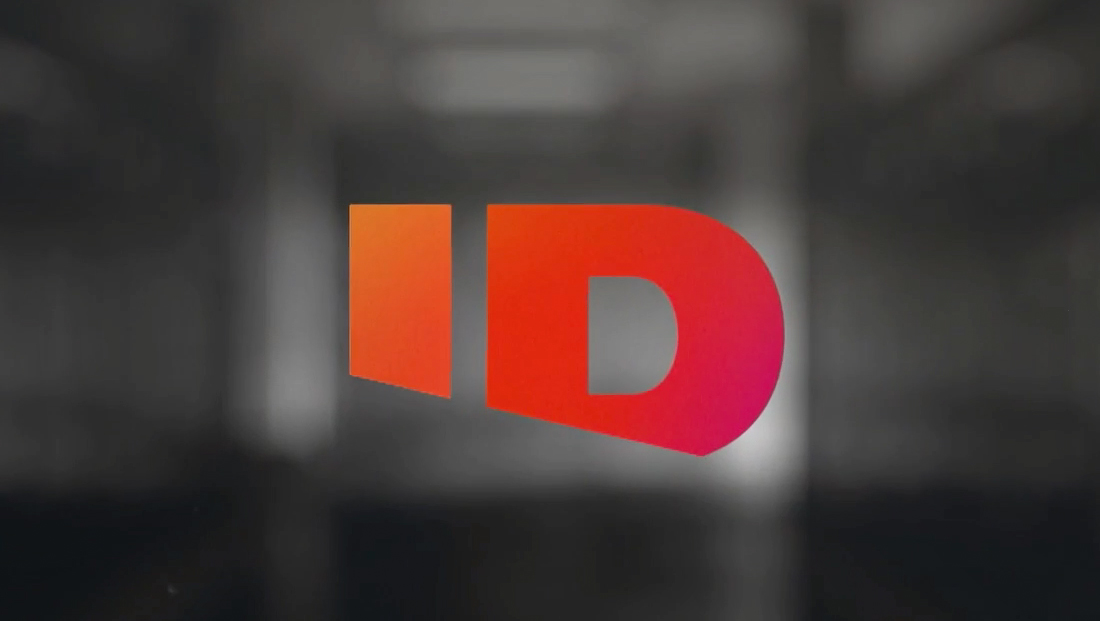 The network, which offers true crime programming — a hot spot right now in the media world — had been using a glassy square icon with its “ID” lettering, all set at an angle.

Roger was responsible for the 2019 network rebranding of Discovery, while Cina has done work for WarnerMedia networks, including the TNT logo.

The first step of the overhaul was to create a new logo — one that was a drastic shift from the dark, slightly muddy look it used before.

The new logo has been simplified to just an ultrabold “ID” in an orange-red gradient and slashed from left to right by a diagonal slope.

Using red and orange can be interpreted as a nod to emergency sirens, urgency and even blood — but the fresh shades and gradient effect keep it from being cliche.

The logo’s color scheme also shifts away from the dark and mysterious looks that many true crime brands use; that’s worked into the look with the video clips and animations assembled by Roger and Fogo.

Meanwhile, the angled element is essentially a mirror image of the sharp line created by the old logo’s tilted footprint.

It also could be symbolic for any number of concepts — a violet slash or cut, the different angles, perspectives or “upward climb” of an investigation or a way to draw the eye into the logo or the path to solving a mystery.

Centra No. 2 from Sharp, a clean, geometric font, was selected for the typography.

Another key element of the new brand is the tagline: “Don’t just watch, witness,” which serves as a reference to how true crime programming can draw viewers in and encourage them to become part of chasing down answers.

The slogan also references the way that true crime programming can often become “interactive,” even if it’s not the type of show that allows viewers to call or tweet in.