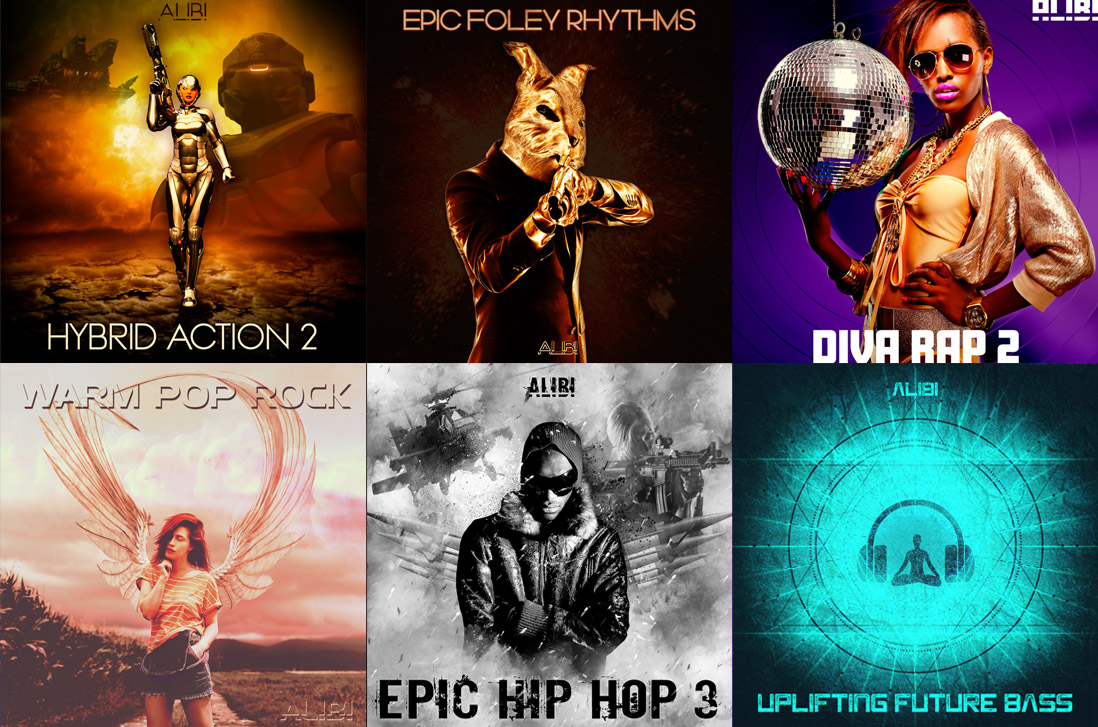 Epic Hip Hop 3 – The highly anticipated third edition of an Alibi favorite, this is the soundtrack for warriors of all shapes and sizes! Big, bad, bold confidence with over-the-top orchestral action and fearless lyrics to back up your legendary story.

Diva Rap 2 – By popular demand, this is the sequel to Alibi’s “Diva Rap 1,” which was used in the beginning of HBO’s “Insecure.” Think fierce female swag to outswag all swag. Party pop rap to ride to, party to, chill to backing up your woman boss story.

Warm Pop Rock – The soundtrack to sunny days in the park and summer joy. Inspiring indie pop rock folk tinged songs with messages of hope love and freedom to back up your “dreamers” story.

Mysterious Pop – Sultrily soulful soundtrack to the end of times. Brooding soulful hauntingly gorgeous melancholic collection of anthem-like songs with female vocals and words of fear and hope. A genre that was blown open by Lorde’s “Everybody Wants to Rule the World” cover six years ago and never stopped!

Uplifting Future Bass – Raving even harder to the joy fantastic. The ultimate dance party release of joyfully energetic good feelings songs. The audio version of molly to back up your modern, fun-inspiring story.

Party Pop – Good vibes all joined together to party on this soundtrack to fun. Soulfully fun, lively and happy party pop to back up your celebration of life story. A crossover sound in all modern music (pop, hip hop, alternative), brass has a universal fun feel.

Hybrid Action 2 – One hero could save them all. That hero is Hybrid Action 2, the long-awaited follow-up to the heavily used Hybrid Action, including over-the-top hybrid electronic orchestral-intense trailer cues to back up your saving-the-world story.

The albums are available for sync and license now on the Alibi Music Library website.