Column: The opportunity of eSports for broadcasters 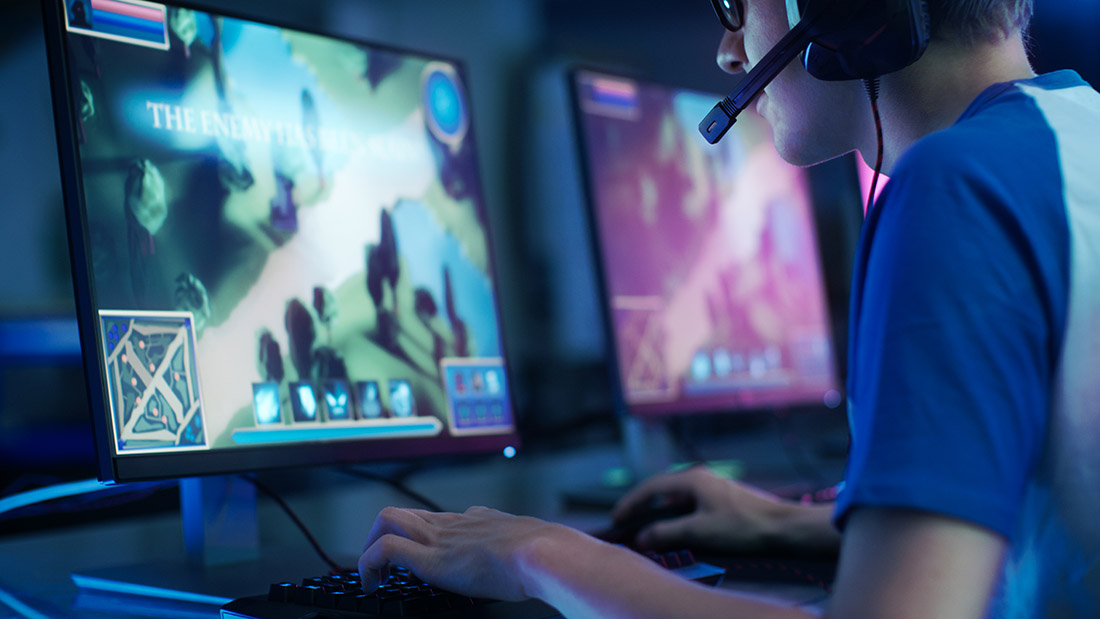 The buzz about eSports has been growing steadily for a few years now, but, even when you’re used to it and the opportunity it represents for the production sector, the numbers are still impressive.

Take the Super Bowl as an example. The final total audience number for Super Bowl LIV is estimated by Nielsen to have been somewhere between 135 to 140 million once you factor in events such as parties and all the offline viewing. At Ncam, last year we worked on an eSports event in Cologne, Germany, that had a live audience of over 15,000 and a total viewership of over 62 million sessions.

It’s big business already, one set to generate over $1 billion for the first-time last year, and while the traditional sports market of course remains much larger, the year on year growth of eSports and its younger skewing demographic means that there’s a lot of interest in helping drive it forward. The production community hasn’t been slow in recognizing this either. You have a look around a big eSports event and you tend to see the same big names from Outside Broadcast there as you do at a big soccer or basketball tournament.

That’s good news for people that work in production. A lot of kit that’s currently being used for eSports broadcasts on whatever platform — from linear TV to specialist streamers like Twitch and on to social media — is currently the same as for any live broadcast. You’ll find Grass Valley or Sony switchers, EVS replays, Avid editing, and so on, and it’s the same people driving it all too.

Things are starting to change though as new technology is increasingly employed in eSports broadcasts, with producers finding new ways of using Augmented Reality and Mixed Reality environments to tell the story of the tournaments. This is being driven in turn by the increasing power and ubiquity of games engines such as Epic’s Unreal Engine which are both as close to free to use as doesn’t matter and deliver stunning performance when it comes to delivering real-time computer graphics.

It’s not just about the quality either, it’s about the creativity. Graphic artists can see the environment they’re creating in real-time and iterate it in real-time as well, reacting to their surroundings and production feedback to create ever-more arresting images. And some of the technology which is dramatically pushing forward eSports coverage is having an impact on conventional sports as well.

Take Formula E for example, the worldwide electric car motorsport franchise. It has a feature called Attack Mode where a driver can drive off line to get a 25kW power boost to their engine. A camera is placed high above the Attack Mode zone and this is illustrated on the live broadcast using Ncam technology with AR chevrons on the track ‘filling up’ with energy as a car drives over them. The story of the race makes little sense without it, but it would have been impossible to capture at several recent storm affected events due to rain and gantry movement. Our tracking technology helped it to happen because we track using Infra-red, which is the same technology that helps us retain tracking at eSports events despite the often-impressive pyrotechnic displays that are increasingly associated with them.

There is more convergence coming down the pipe, as the increasing use of audience data enables a greater degree of personalization. Couple this with the ability of AR to actually put audiences into the onscreen action, and you have the potential for a, quite literally, game-changing offering.

Currently producing an eSports for broadcast or streaming is not too dissimilar than for producing any other sports event. But the amount of AR that is already used to showcase the in-game action gives a hint that, despite the cross-pollination that is occurring between the two different types of event, they could have quite divergent futures. And with eSports organizations built from the ground up in the cloud-based era and used to using everything as a service, they will be able to evolve very rapidly. The skillsets are transferrable now, but as eSports coverage increasingly leverages more and more powerful and sophisticated games engines, that is likely to change. If you want to get onboard, the time to get onboard is now.

About
Phil Ventre, NcamPhil Ventre is the VP of Sports and Broadcast at Ncam.  A media professional with a passion for sports, content distribution and technology, Ventre has international experience in all of the major markets - EMEA, North America and APAC.   He has multi-disciplinary experience with broadcasters, content owners, professional sports teams and stadia in order to help them maximize the value of their assets, with a history of delivering future-proof solutions to engage fans and viewers and to help deliver world class broadcast content.