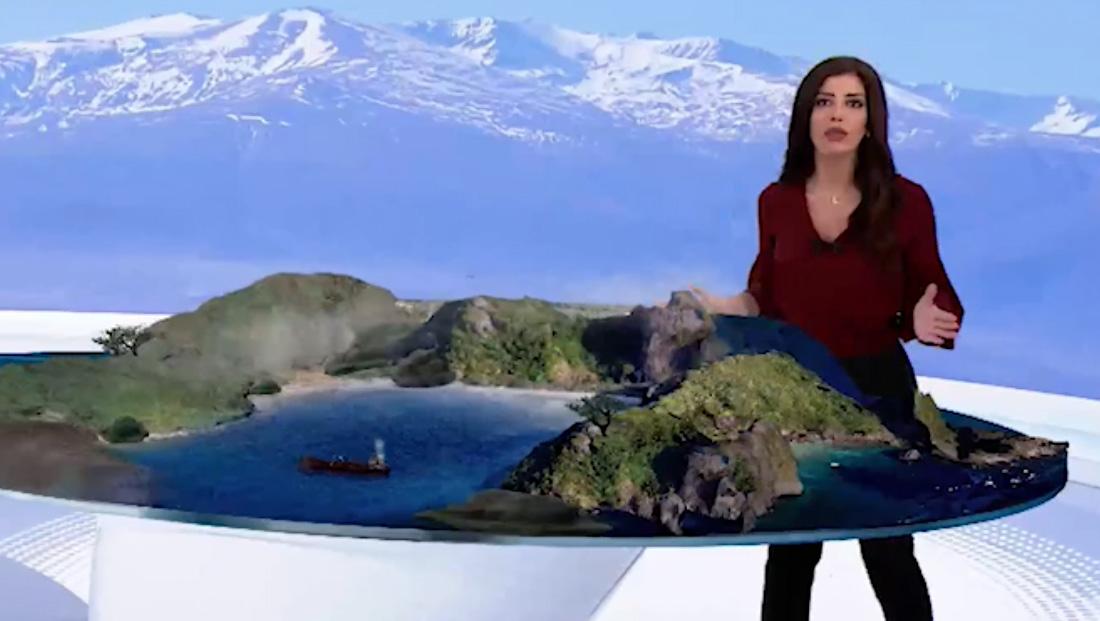 The segment started with the presenter on the network’s recently debuted set incorporating one of the space’s numerous video walls to show case a background while an anchor desk became the “base” for a 3D model of a boat floating in water.

The camera pushes in on the tanker afloat on the virtual water and a burst of light transports the viewer into a fully 3D world that includes stops on an oil rig, dock, city offices and streets, refineries and pipelines and, finally, back to the boat.

Many of these scenes include the talent standing within the virtual world.

In many of the scenes, large typography in the network’s custom font are used to highlight key data points, while, in many of the interior scenes, a holographic like “projector” showcases a floating globe that rotates to highlight the part of the world being discussed.

The Al Arabiya newsroom and studio facility, built in a high rise style building, was designed with augmented reality technology in mind.