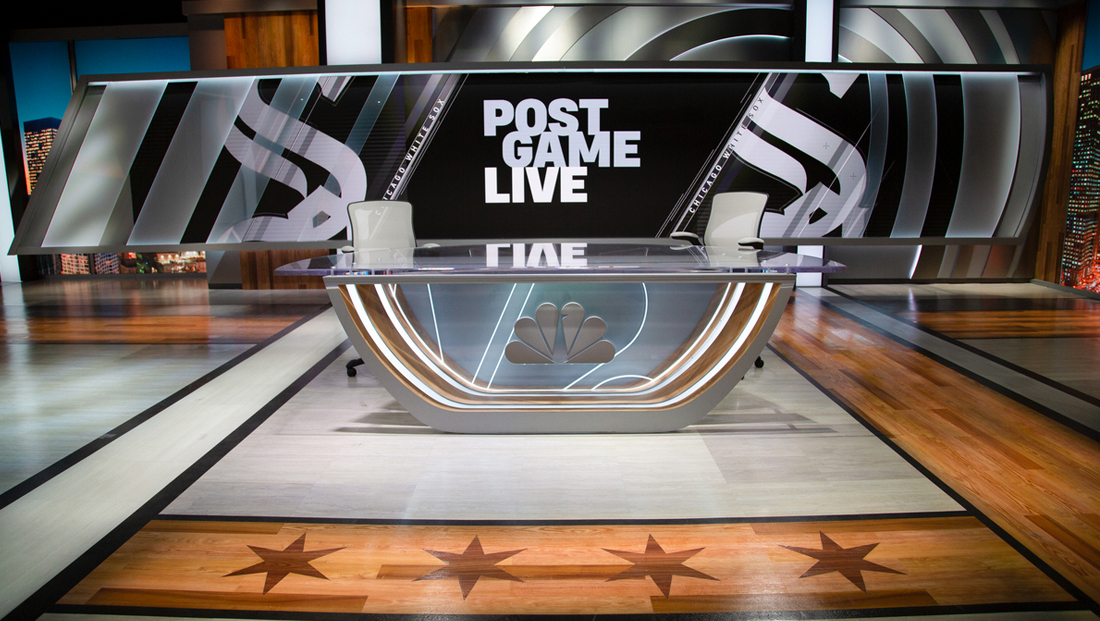 NBC Sports Chicago will debut a new studio for the White Sox’s modified-due-to-coronavirus opening day July 24, 2020 that incorporates imagery of the city and the iconic NBC peacock into its design in a variety of ways.

Designed by Jack Morton Worldwide, the new set has been installed in a 4,100 square foot studio in its Orleans Street facility and brings a similar look and feel as many of NBC’s other regional sports networks across the country.

Plans for the new NBC Sports Chicago set were in the works before the coronavirus hit.

The basic footprint of the studio is centered around four structural columns that have been clad in a brushed metallic finish with reveal lines.

Along one wall, 23 foot wide LED video wall with frosted glass overlays stretches nearly the length of the space and serves as the primary anchor background.

The glass segments are straight angles on camera left and curved on the opposite side — the latter of which have a similar pattern to the metallic wall segment behind it — both of which, when combined, give off a rough outline of one of the feathers in the NBC peacock logo.

The peacock also fronts the mobile anchor desk in the form of both a metallic dimensional logo and oversized version etched into glass and also appears, also at oversized scale, throughout the studio’s gray walls.

Meanwhile, the floor uses multiple wood finishes and intersecting rectangles in a variety of sizes to define “zones” in the space. Wood tones from the floor are also used on the walls to break up the gray and metallic looks.

All of these surfaces have been lit by The Lighting Design Group to showcase the surfaces’ texture and shapes.

In front of the primary anchor desk position is rendition of the four six pointed stars found on the City of Chicago flag, created to look as though they are hardwood inlays. 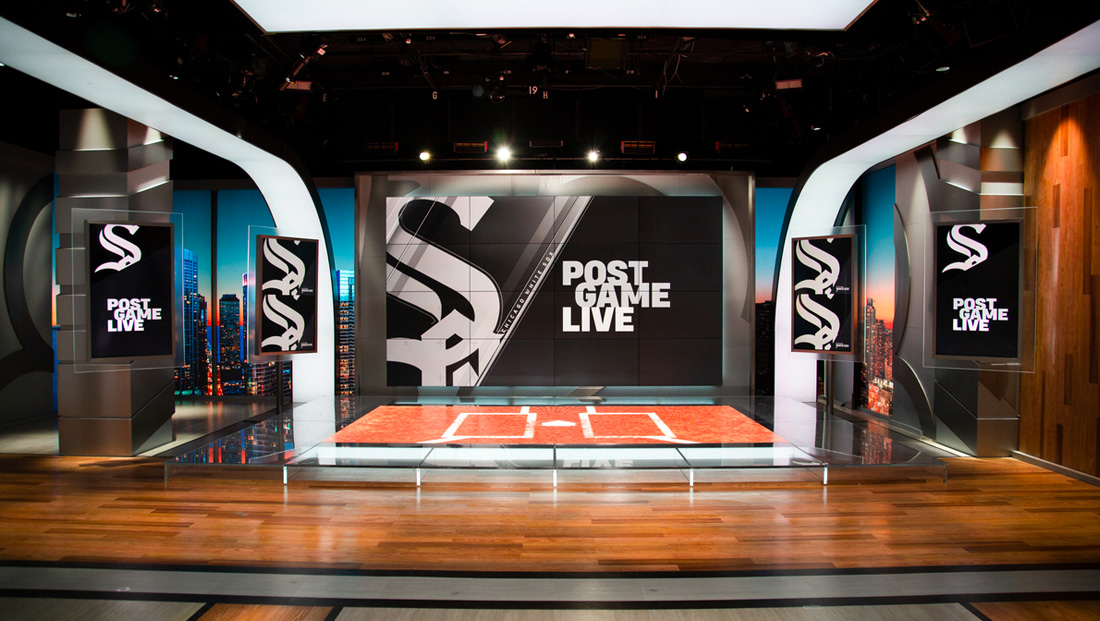 The ‘demo area’ with a simulated home plate fed to the LED panels in the floor. The anchor desk has been moved out of the way.

The anchor desk is also designed to swing to one side using a different part of the studio as a background — one that does double duty as a “demo” area.

Not only does this part of the studio feature a large, albeit narrower, video wall measuring at 16 feet wide by 9 feet tall, it also features a 15 by 8 foot LED floor that can be used to simulate a variety of sports playing surfaces — including, for the debut, as home plate of a baseball diamond.

The space is flanked by four vertically mounted video panels with glass frames, two of which are mounted on the structural columns, and floor to ceiling views of the Chicago skyline.

All of the on set video panels are from Planar, with fabrication by blackwalnut.

In addition, two backlit ribbons curved down from the ceiling, framing the demo area video wall and platform and also adding another touch of the shape of an NBC peacock feather. 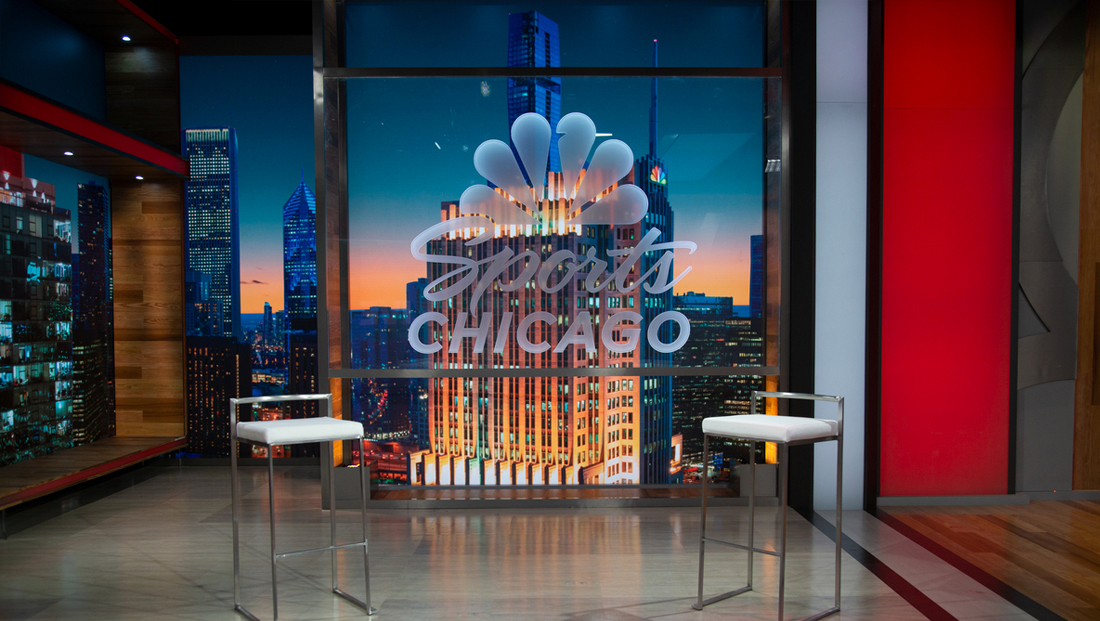 The space also includes a flexible interview area with a large rendition of the NBC Sports Chicago logo in front of a dramatic view of the NBC Tower, Chicago’s smaller “version” of Rockefeller Center.

NBC Sports Chicago will use the new studio for pre and post game coverage of Chicago White Sox, Blackhawks and Bears games, as well as other programming.

Chicago Cubs games and coverage has moved to the Marquee Sport Network, a joint venture between the team and Sinclair Broadcast Group that debuted with a thud in February 2020. That network is expected to debut a studio later this week.

All Chicago area stations carrying sports are facing a different scene due to the coronavirus pandemic — with baseball games slowly resuming without spectators.