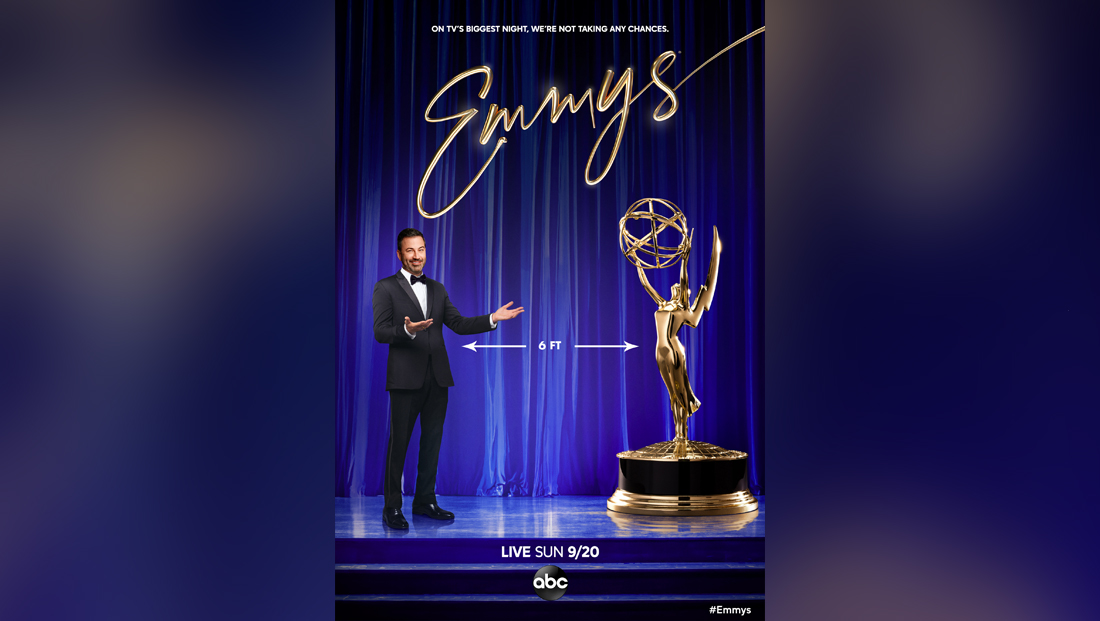 The 72nd Primetime Emmy Awards will look a bit different — and not just because of social distancing and other precautions due to the coronavirus pandemic — with host network ABC switching things up for the look.

Key art released by the network Sept. 1, 2020, indicates that the telecast this year will use a script style rendition of the word “Emmys” — rather than the sans serif look that’s been used by every recent broadcast.

ABC’s art, from agency The Other House, shows the word with a shiny gold effect added, a common design element that mirrors the material used to create the iconic winged statuettes.

For every Emmy telecast going back to about two decades, network key art has used a sans serif — and often all caps — rendition of the word “Emmys” (or sometimes, “Emmy Awards”).

A common trend was to use wide, lighter sans serif fonts with generous spacing. There was also a brief period where logos were styled with the “S,” still set as a capital letter, appearing smaller at the end of the word.

Unlike most awards shows, the Emmys rotate through ABC, CBS, NBC and Fox to, at least in part, prevent any appearance of impropriety since these four networks are behind many high profile TV productions that are up for nominations or awards (something that’s quickly changing as more upstarts and streaming networks produce more critically acclaimed original productions).

Each year the network in charge typically creates its own unique look, which includes key art, logos, graphics packages and stage set design.

The key art released prior to the event typically matches the look used during the telecast.

While the final look for the Sept. 20, 2020 telecast won’t be available until it airs, the plan is for the event be “virtual” due to concerns over COVID-19.

The key art released by ABC includes an image of host Jimmy Kimmel standing next to an Emmy statuette with arrows and the label “6 feet” between elements — along with a tagline “On TV’s biggest night, we’re not taking any chances.”