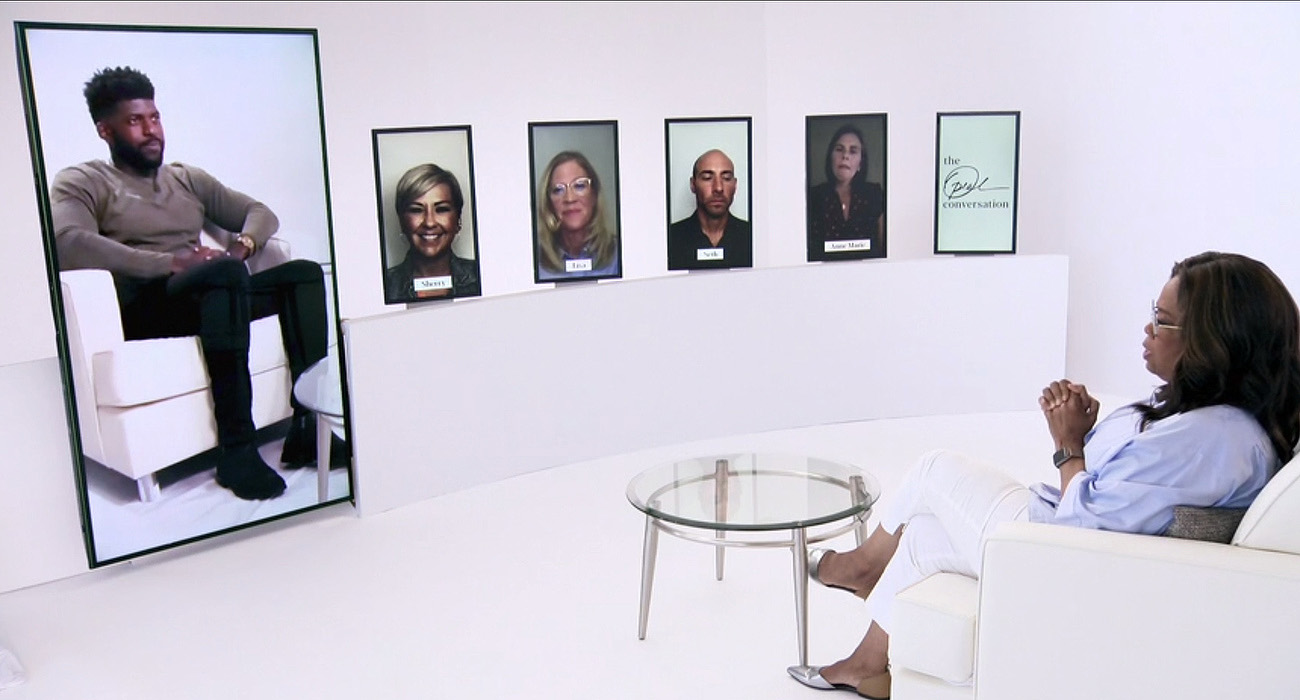 As part of a multi-year deal with Apple TV+, Oprah is back hosting with and “The Oprah Conversation.”

The production design of the series is a time capsule of the unique moment we’re all in, with a room in Oraph’s house transformed into a studio focused on the interview guest.

The space features one large vertical monitor with the guest framed nearly life-sized while additional monitors in the space provide opportunities for branding or other remote guests.

Lorne Greene of Viva Creative provided production design for the program and has worked with Oprah and OWN on previous projects. 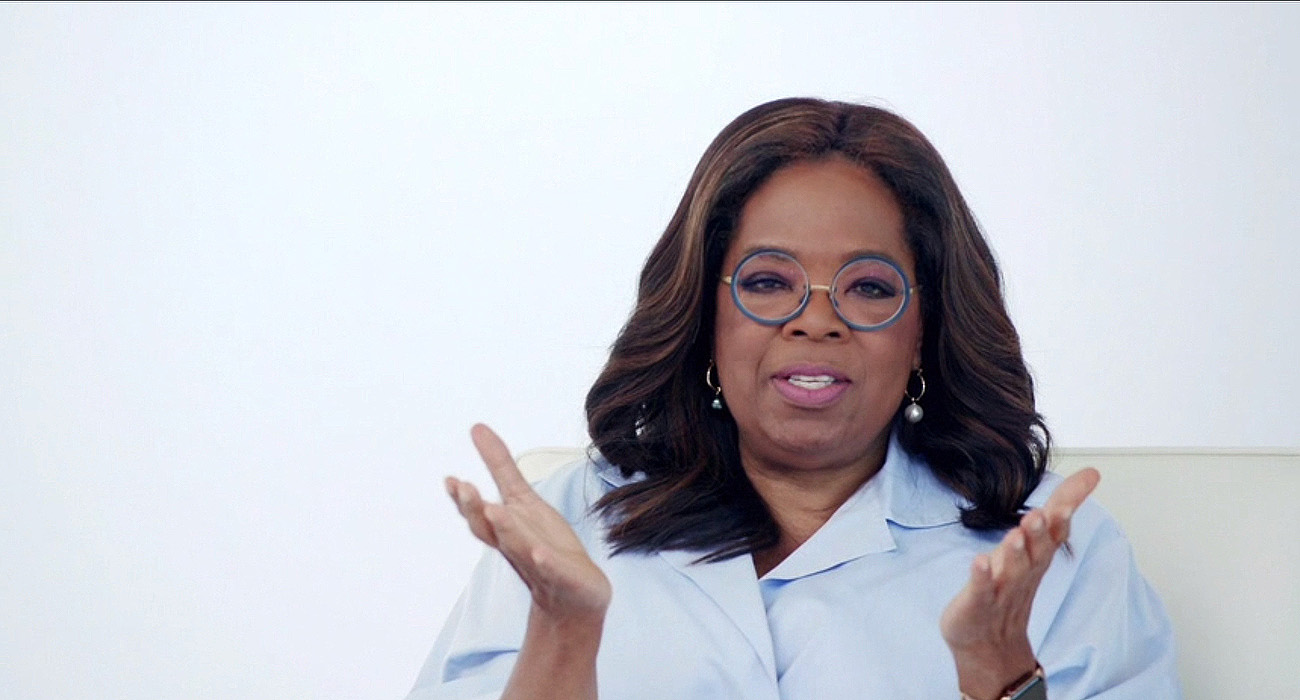 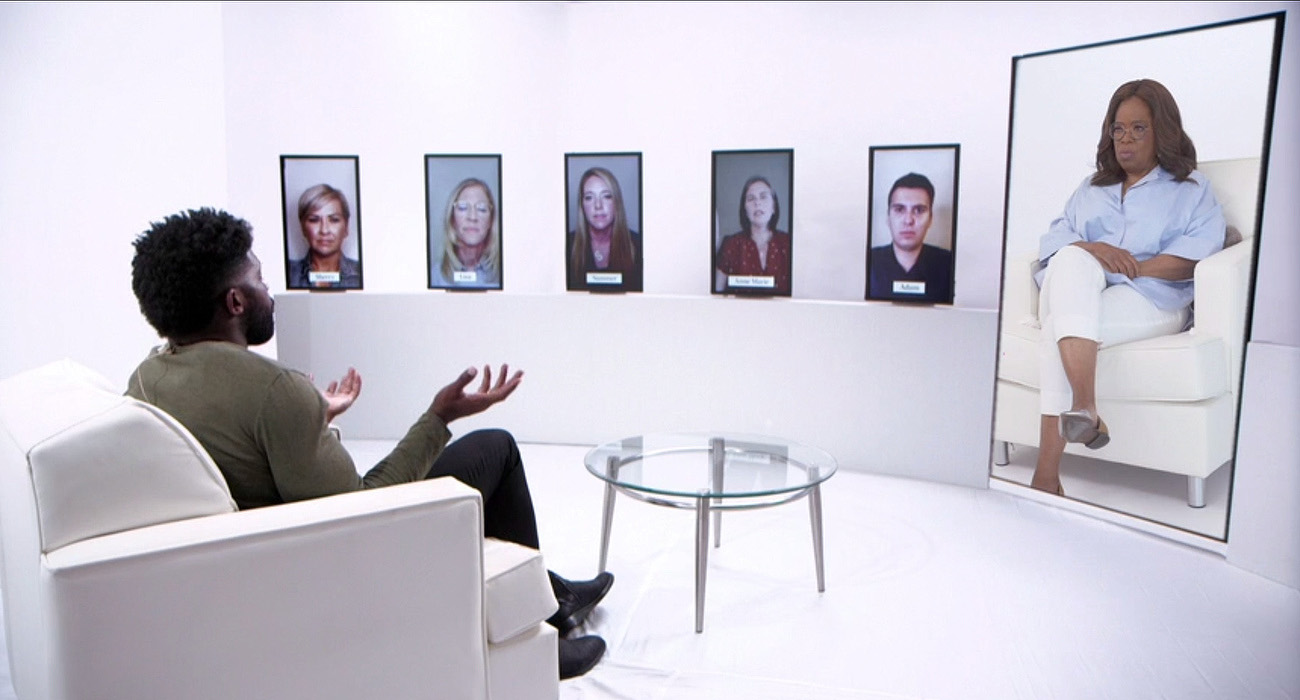 For the debut of “The Oprah Conversation,” a two-part episode on racial justice, a nearly identical version of Oprah’s set was also re-created for guest Emmanuel Acho, who hosts “Uncomfortable Conversations With a Black Man” from a white box studio in Los Angeles. 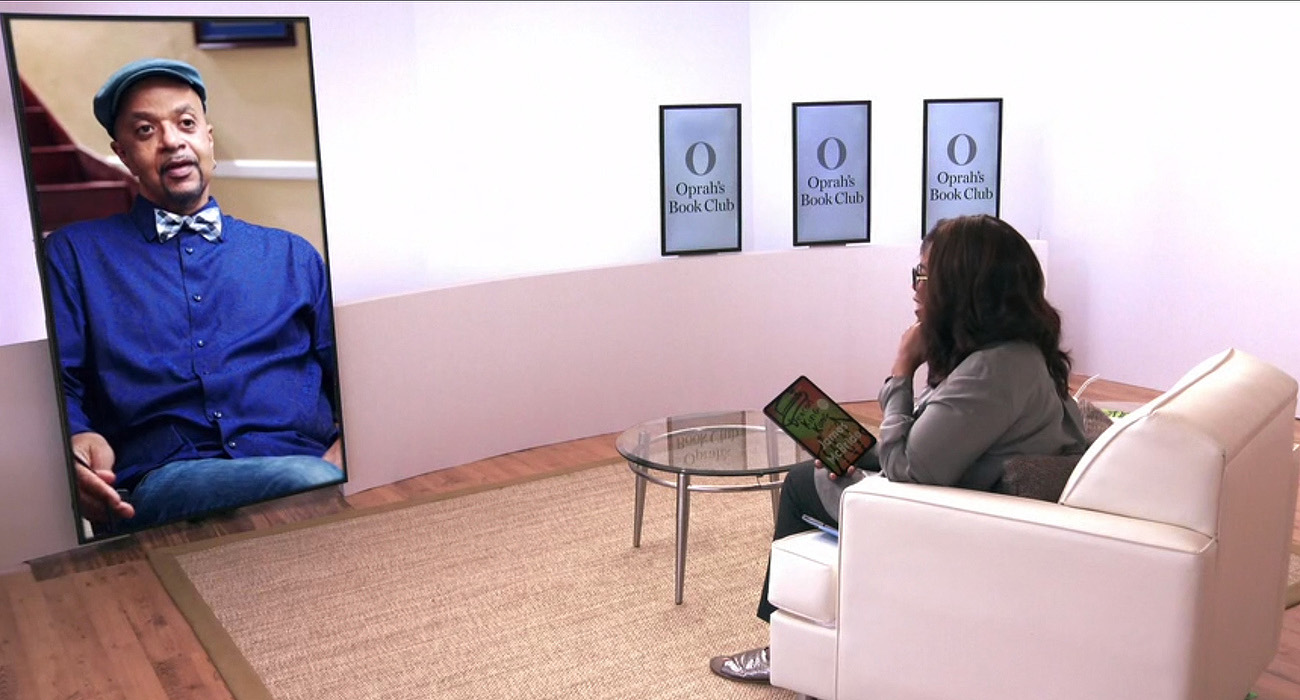 The set has seen some modifications since its late July debut, with the wood flooring in the space now on camera along with new branding and some furniture swaps.

The set has also been used for “Oprah’s Book Club” on Apple TV+.