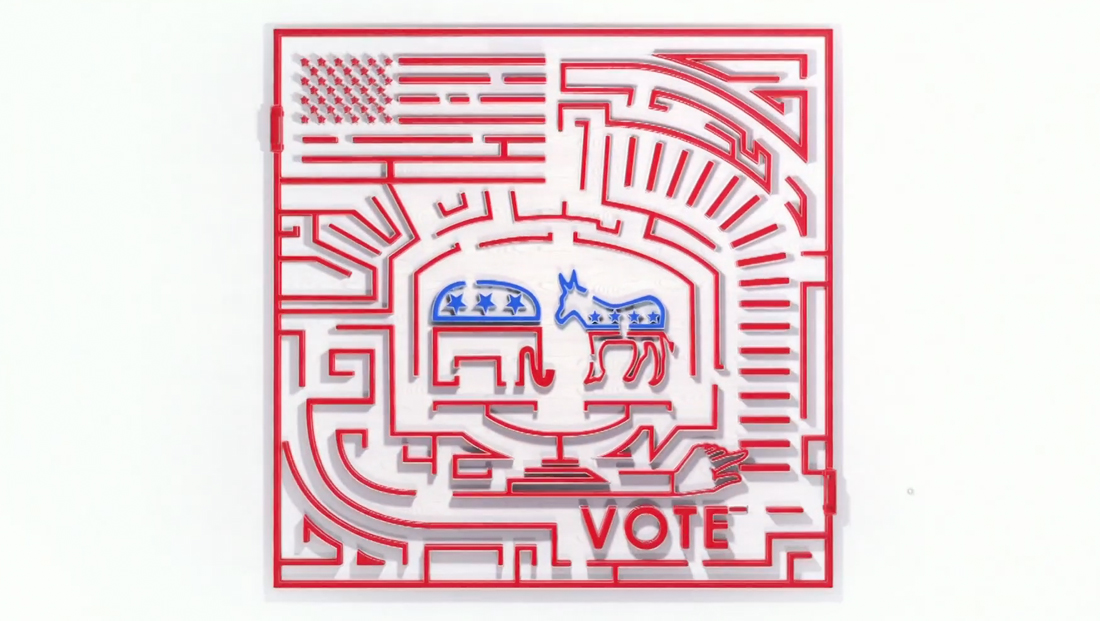 BBC News has created a pinball themed promo that illustrates the complex and crazy campaign trail leading up to the U.S.’s 2020 elections.

The sport starts off with a view of a silver ball entering a “maze” through a door. 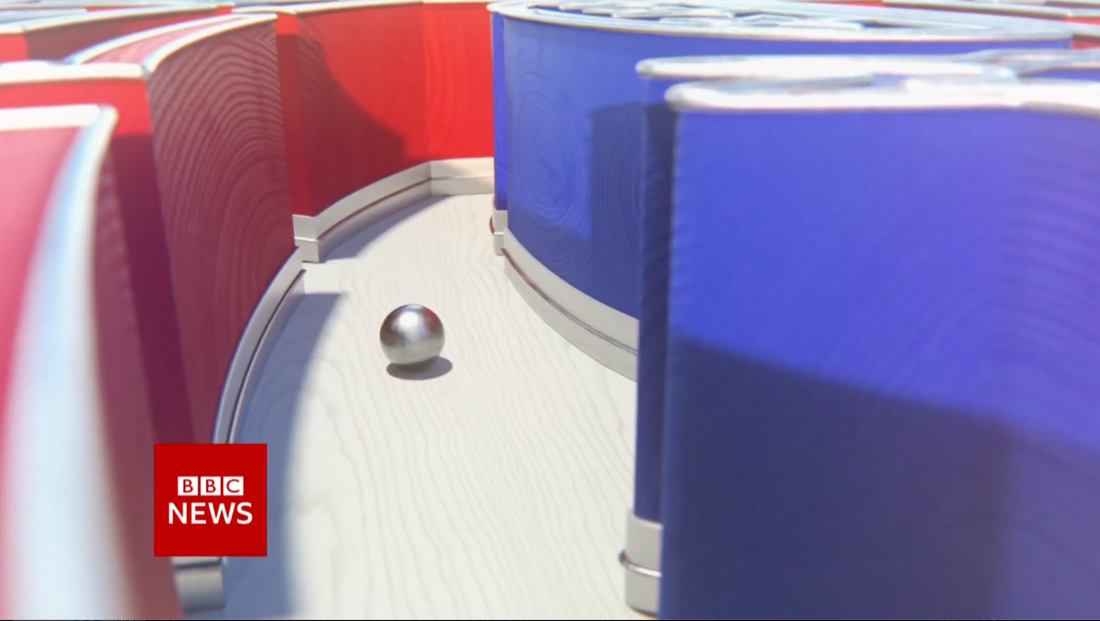 The ball then weaves its way around the passages of the maze, rolling by “walls” suggestive of stripes, stars and other political imagery as a narrator emphasizes the network’s unbiased coverage. 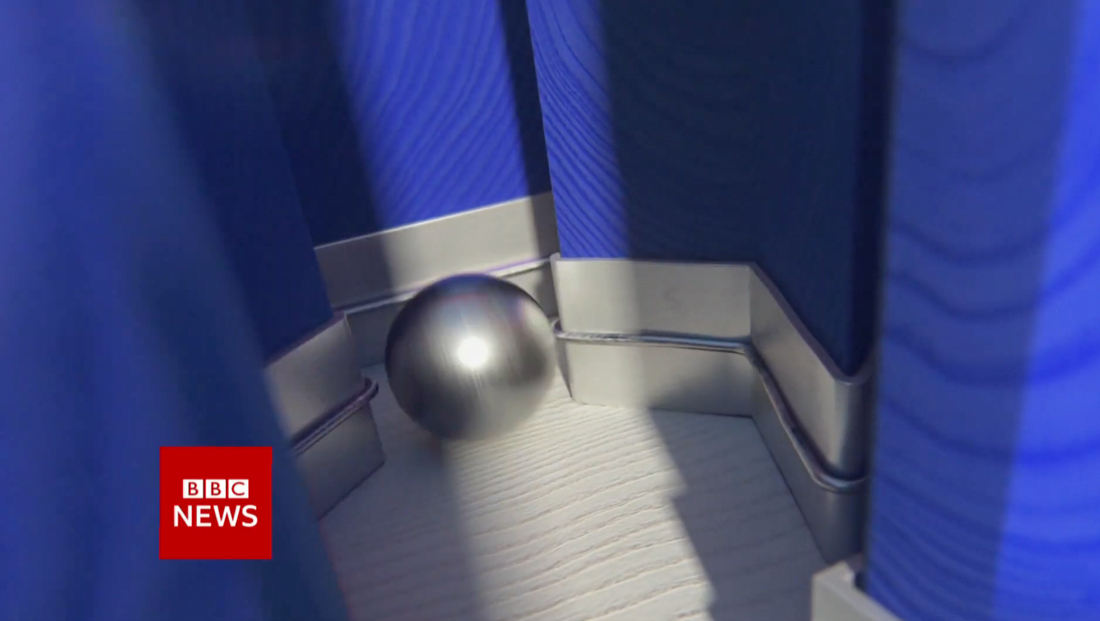 Along the way, it sometimes has to backtrack and find its way through small, narrow passages and dead ends — perhaps an apt metaphor for the wild and uncertain political season this year has been.

There are also obstacles that rise and fall — such as star shaped “pillars,” flat slabs and the word “Vote” — with mechanical gears typically found nearby.

In the case of the word, the wooden “pieces” appear to be able to sink down into the floor and even have thin metal rails surrounding each letter. 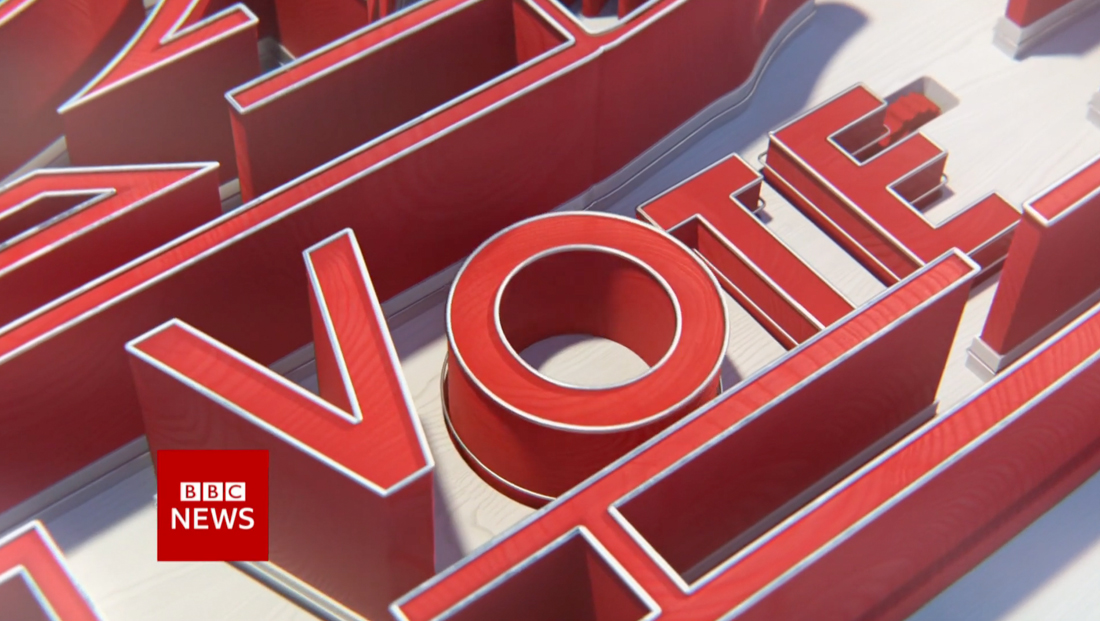 Throughout the entire promo, the silver ball has been expertly rendered with subtle scuffs and scratches, suggesting its been used over time. The maze itself features wood textures and metal “bumpers” that, like the ball, include slight imperfections that give it both a used and handcrafted feel.

Despite the daunting task of the ball making it through the maze, the spot uses gentle viewport moves and

As the promo ends, the ball has managed to find itself out of the maze and into the “bright light” that is the future.

Viewers are then treated to an overhead view of the entire maze and the various words and symbols in it as the ball is seen slowly rolling onward.