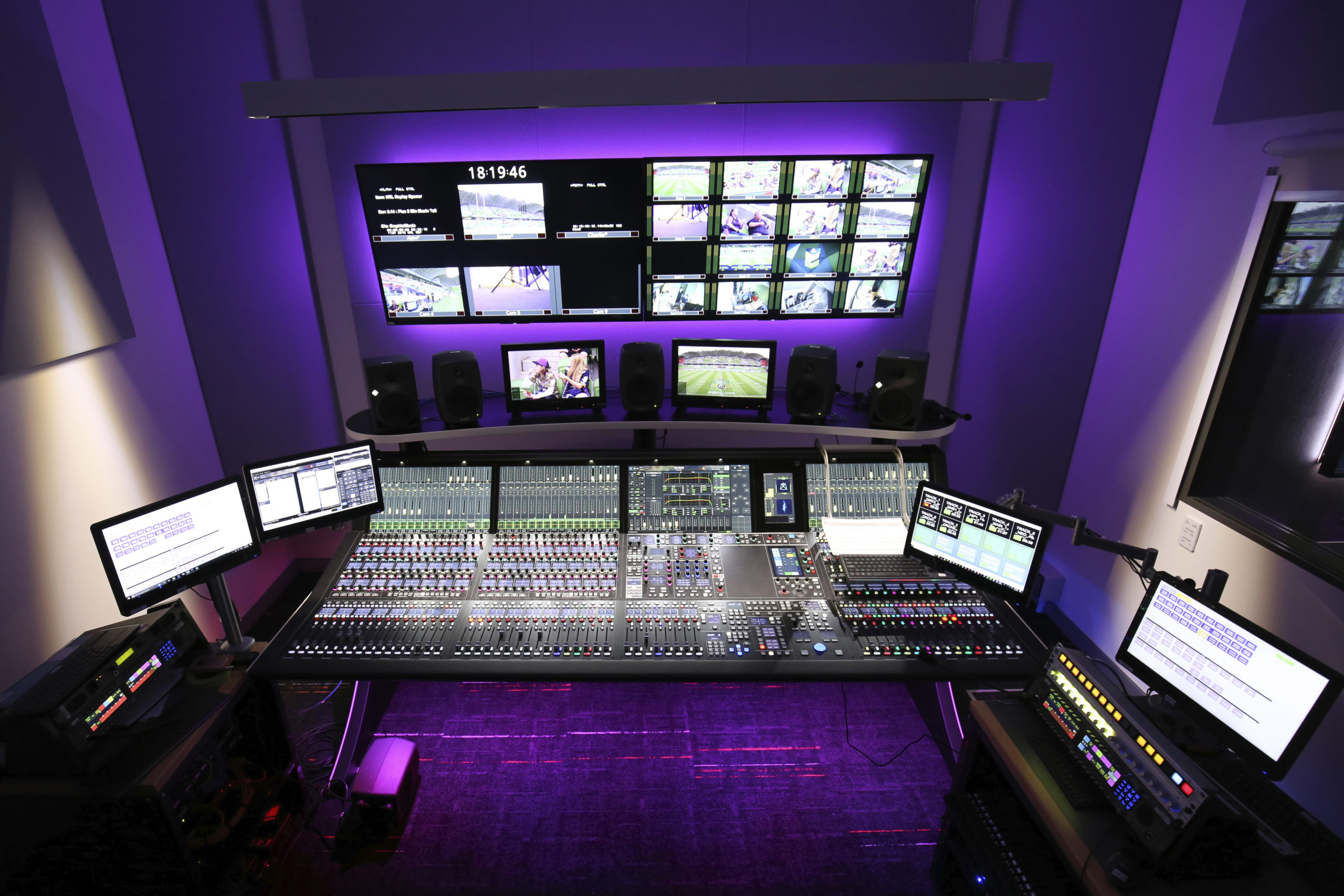 What started as a trickle about three years ago has become a coronavirus-induced flood. Staying on-air — or getting the show on the road again—requires more flexibility by all operators, including audio engineers, provided the tools at hand are up to the task. Let’s have a look at the ingredients you need to spice up professional broadcast production workflows with decentralized control.

All for one, one for all

Some early adopters of ST2110-based IP technology immediately spotted the possibilities of this networked approach for radically overhauling their workflows. After all, what’s the point of copying a routine that worked when the hardware essentially dictated the workflow, when boundless flexibility allows you to work faster and more efficiently? Operators in different parts of the world quickly started thinking outside the box, tailoring the production workflow to increasingly stringent demands.

One consideration focused on cost savings through resource sharing, another on maximum oomph with a smaller crew, and a third on removing as much clutter as possible—or a combination of these three. The first innovative remote production scenarios already included a mixing console in, say, Sydney or Melbourne, which was used to mix the audio of an event that took place over 3,000 miles away—live, of course, and with clever remote control of certain audio parameters inside the edge devices at the remote venue.

A few what-ifs later, and perhaps in part triggered by off-tube commentary scenarios and C-suite managers in search of round-the-clock availability of their production assets, operators and their managers started dreaming up production workflows that involve operators in different cities who collaborate on the same show. Or use the same processing core for separate projects.

Only weeks before broadcast facilities—and the world at large—went into lockdown, Lawo announced the missing link between its control surfaces (consoles) and the processing cores stationed in a different location: Gateserver. The important novelty was not so much that remote control over secure VPN connections was now possible—this wasn’t really news at the time—but that operators working with man-sized console surfaces in different cities, areas, and even countries, are able to control one and the same processing core at the broadcast facility simultaneously: they can share the workload of complex live productions without interfering with what their fellow operators are doing on their control surfaces. Unless, of course, they are assistants to the A1 and in charge of submixing signals and effects as well as other settings while the A1 concentrates on the mix proper. 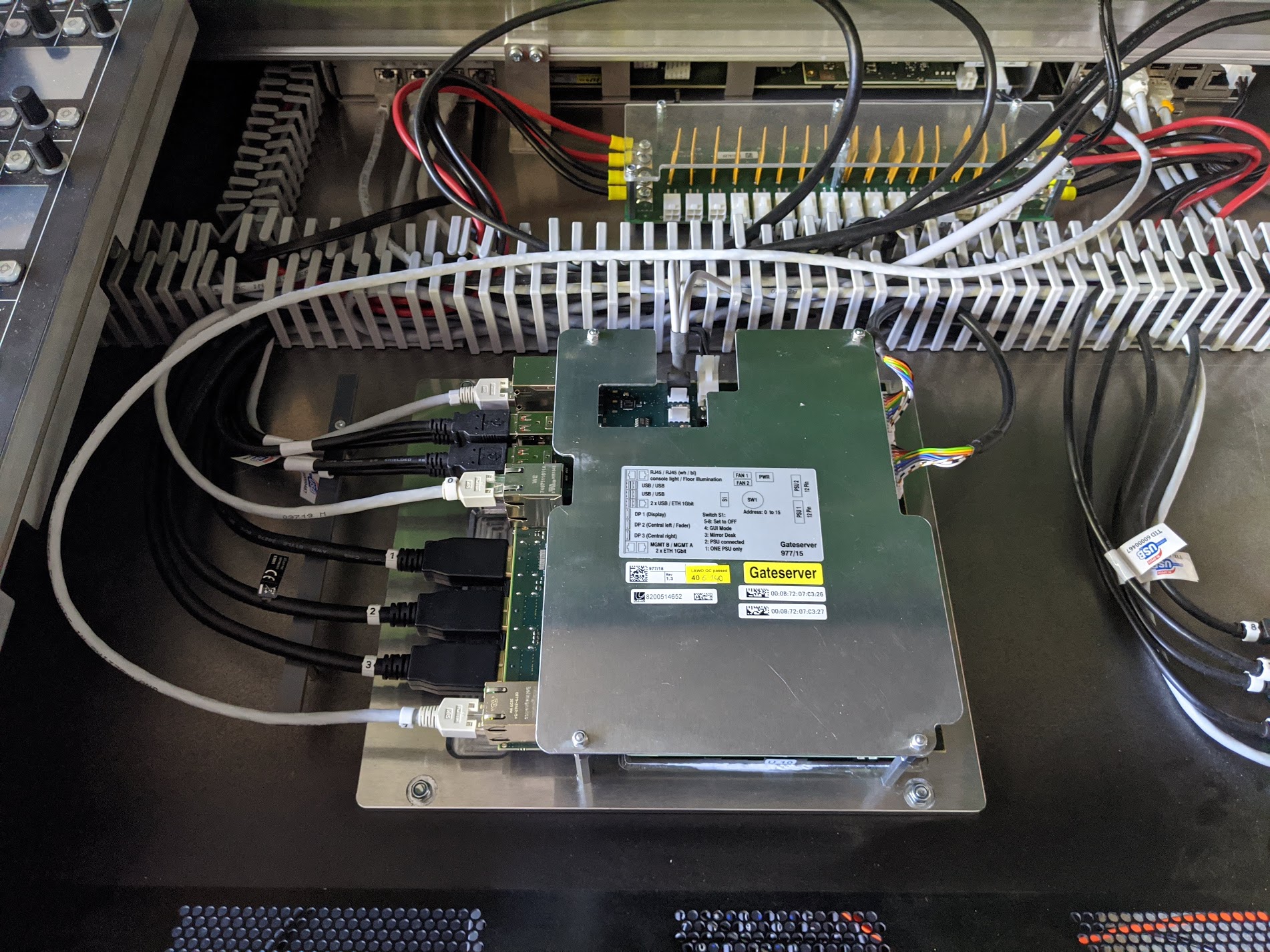 An open view of what makes it all happen.

Unlike Lawo’s Mix Kitchen approach, which works fine for scripted productions, the Gateserver-based approach (see below) provides extremely flexible control over audio production resources anywhere in the world for the most demanding production scenarios.

Distributed audio production has come of age at last and now provides the same dynamic resource-sharing options as ST2110 IP-based video solutions that almost routinely leverage the number-crunching capability of IP core routing, processing and multi-viewing platforms, and the FPGA blades they contain, wherever they may be.

Centralizing processing resources makes a lot of financial sense, while also facilitating fresh workflow approaches that allow audio engineers to work closer to their homes, with shorter commute times and little or no traveling involved. Another benefit for the broadcaster or broadcast service provider in question is that more can be done by the most talented operators, which has a positive effect on the production quality.

Separating the console surface from the processing core almost two decades ago started the ball rolling. Agreeing on a viable IP protocol seems to be more tedious. What is sure, however, is that open-standards IP protocols like ST2110 and AES67 are good news for broadcasters that wish to avoid the dreaded manufacturer lock-in factor.

Another big benefit of a full-IP approach is that Layer-3 IP provides everything operators in search of unlimited resource flexibility need. Logging into the ACR (or its backbone) at the broadcast facility from wherever you may be unleashes the full potential on the console surface and processing core sides.

Increasingly, broadcasters and broadcast service providers have their studios and ACR in one city, while the processing resources are stationed in places where real estate is more affordable. Everything can be controlled remotely. Where necessary, operators at the “processing hub”—or just about anywhere else—can also contribute to an audio mix. Thanks to ultra-low latency, operators in the ACR may not realize that the monitor signals they are listening to come from a processor that is several hundred or even several thousand miles away. Some even tend to forget that the tweaks they perform on the console surface in front of them are transmitted to a core in a different part of the world where the sound is changed accordingly and then returned for monitoring purposes.

Making the magic of seamless distributed collaboration and remote resource solicitation happen required the release of Gateserver. It allows connecting mc²56 MkII, MkIII and mc²96 console surfaces to an N73 (or 37) core over a Layer-3 network. Eligible consoles manufactured in or after September 2020 already contain the required hardware add-on as standard. Previously released models can be retrofitted, provided they run at least release version 6.2. Gateserver offers the ability to directly select a dedicated processing core on the WAN network from a range of available cores (“remote core selection”).

With this solution, the sky almost seems the limit—scenarios where the ACR in location A controls the processing core in city B to mix a telecast that originates from location C are in the process of becoming commonplace. Without skimping on audio quality and flexibility, obviously.

Having joined Lawo in 2007 as a member of the Product Management Team, Christian Struck is today the Senior Product Manager of Lawo's Audio Production division. He studied Tonmeister at the Erich-Thienhaus Institute at Musikhochschule Detmold, Germany. Prior to joining Lawo, he worked as a freelance audio engineer.