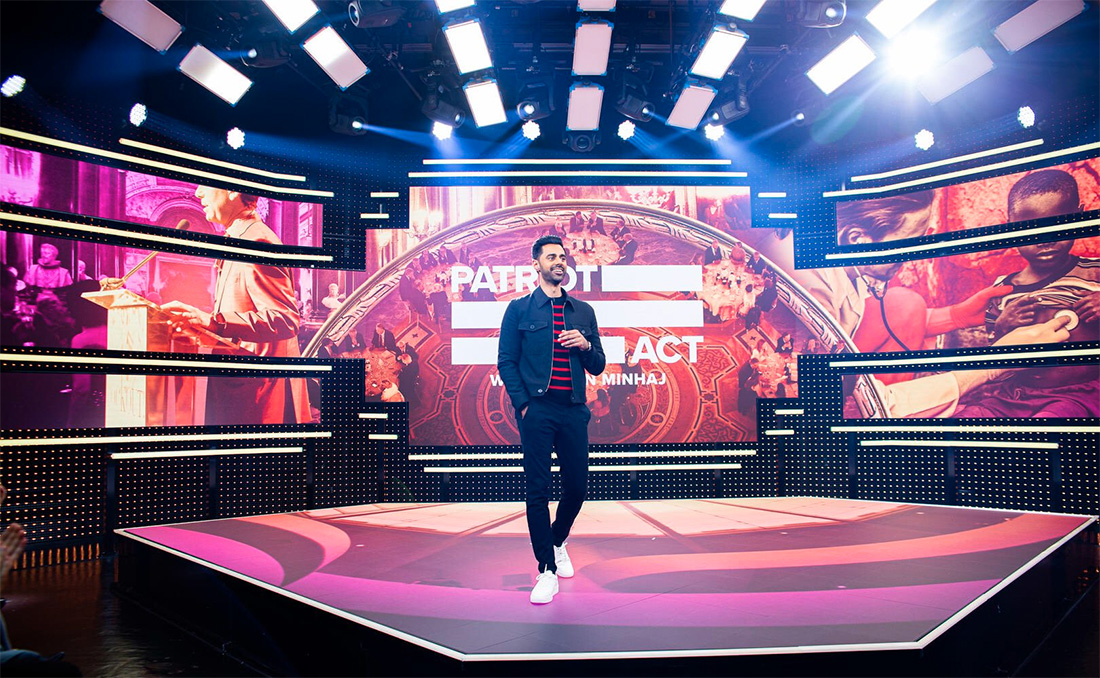 While “Patriot Act” and host Hasan Minhaj will not be returning to Netflix next year, the show’s time on the platform did feature a very unique look driven by a large-scale layering of LED screens and a vibrant lighting design.

The show’s producers opted to work with Marc Janowitz of E26 Design for both the lighting and production design, knowing how interlocked they’d be on camera.

“The production design called for an immersive vibe on the set,” said Janowitz. “The set walls and floor consisted of multiple layers of LED video screens. These would become a canvas for the infographics that Hasan used to help support the show’s weekly content.”

Part of the design was known as the “fingers of light,” which Janowitz notes would “reach out from the set and envelope the performer in light.” 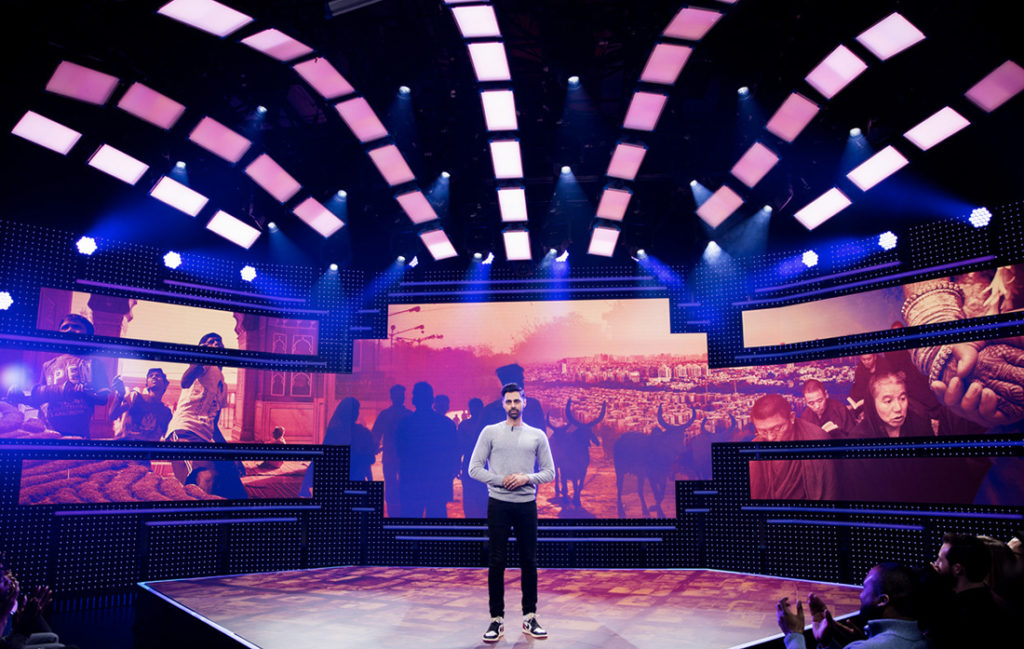 “The idea was to mix form and function by using the finger layout overhead to extend the set design while also functioning as the predominant key, fill and backlighting sources.”

42 ARRI SkyPanels formed the “fingers” with eight more serving as key lights at the front of the stage area.

“Working closely with DP Cameron Barnett we were able to get the right blend of exposure and effect from the SkyPanels and make it look great on camera without polluting the video screen-scape,” said Janowitz.

“The SkyPanel is a remarkable fixture. The color space & quality of light is impeccable for camera work, and the soft, even light output was perfect for this show. The set walls & floor were designed using varying layers of LED video screen pieces in different resolutions. This required minimal shadow on the surfaces, smooth blending across the fixtures, and no hard edges or circles of light on the floor,” added Janowitz.

“The SkyPanel created ample light where we needed it but had a fast enough fall-off, so it didn’t pollute the video surfaces or scenic support structures. The video graphics on the set remained clear and crisp and were captured well on camera.”

During a normal episode, the show’s lighting director, Josh Windhausen, would cue up select SkyPanels to emulate the graphic content on the screens giving the subtle impression Hasan was actually being lit by the graphics.

For lighting control, a MA Lighting grandMA2 console was used.